Ancient Egyptian Medicine Could Help Treat  Everything from Cancer to COVID 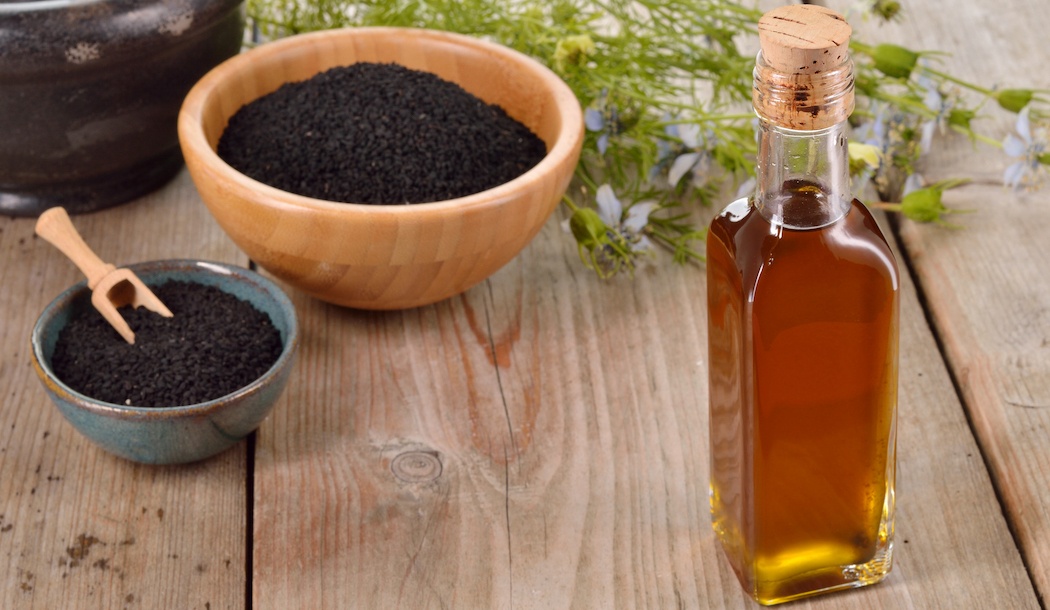 It’s fitting that if today’s medical researchers are going to investigate ancient herbal remedies, why not focus on one that’s been considered fit for a king?

I’m talking about the seeds of the spice Nigella sativa, known as black cumin or black seed. When archaeologists excavated the Egyptian tomb containing the mummified remains of the boy king, Pharaoh Tutankhamen, they found a packet of black cumin seeds. Apparently, the ancient Egyptians considered these seeds to be so medicinally valuable that a Pharaoh needed them for a healthier afterlife.

Today, modern day medicine shows black cumin seeds have more medicinal power against cancer and other illnesses than the ancient Egyptians probably ever realized. In fact, it now looks like there’s a COVID kicker to its amazingly long list of benefits, so make sure you read all of what follows. . .

Oil extracts from black cumin seeds have been used for centuries to treat a vast variety of illnesses. And because of the oil’s potent health effects, Nigella sativa is discussed in many of history’s oldest medical texts.

The father of medicine, Hippocrates, referred to black cumin seed oil by its Greek name melanthion. And black cumin seed oil was praised by Dioscorides, a physician in the ancient Roman army who included the seeds in his herbal medicine encyclopedia – a book that was a valued source for around 1,500 years.

What’s especially revealing is that the old Latin name for Nigella sativa was “panacea” – meaning it could cure anything! That’s an exaggeration, of course. But it reflects this herb’s spectacular reputation down through the centuries.

So, just what can black cumin seeds do for your body? Researchers say that when it comes to fighting cancer, a lot.

Some of the most intense research into the effects of Nigella sativa seed oil extract centers on thymoquinone, the natural antioxidant which is considered to be its primary active ingredient.

An exciting aspect of these investigations involves the fact that thymoquinone may be used to attack cancer stem cells. These stem cells can not only help cancer get started in the first place, but during drug treatment for cancer, these cells can hide in the body and are often not killed by chemotherapy or radiation.

In fact, they were known as “multi-drug-resistant cells” – MDRs – before scientists achieved a greater understanding of stem cells. Once treatments stop, these cancer stem cells trigger new cancer to grow, and with modifications that enable them to survive the next round of chemo and often many alternative treatments as well.

But researchers have produced evidence that, when thymoquinone is used in combination with chemotherapeutic drugs, it can eliminate cancer stem cells.

For example, a study in Germany shows treating colorectal cancer with a combination of the chemotherapy drug 5-fluorouracil with thymoquinone may significantly destroy the cancer stem cells that 5-fluorouracil alone can’t vanquish.1

In addition, the German research shows that the addition of thymoquinone to cancer treatment:

Plus, other studies have discovered that, in fighting cancer, thymoquinone can influence autophagy or “self-eating,” the process the body uses to devour and dispose of dysfunctional and damaged cells or cellular debris.

Researchers at the University of Oklahoma point out that thymoquinone induces cancer cells involved in breast cancer, kidney cancer and head and neck squamous cell cancers to self-destruct via autophagy.

But, in a pretty nifty shift in strategy, in the presence of cancers that use autophagy as a survival strategy – which occurs in certain brain cancers – thymoquinone promotes the death of cancer cells by blocking cancer-spreading autophagy.2

I find it remarkable that thymoquinone seems to have an uncanny ability to act in different ways against cancer.

As a further example, researchers at Kanazawa University in Japan have shown that thymoquinone can also act against aggressive prostate cancers that have altered their genetic makeup to resist hormone therapy and spread. The scientists aren’t sure why thymoquinone can kill these cancer cells, but they think it involves an interaction with the enzymes the cancer uses to keep itself alive and moving around the body untouched.3

Another study shows that, in combination with curcumin– the potent antioxidant and anti-inflammatory contained in turmeric– thymoquinone displays an extra-powerful, synergistic effect in destroying breast cancer cells.4

Several groups of researchers now believe that Nigella sativa and thymoquinone could be useful for treating COVID-19. They point out that extracts of the seeds have been used for ages as a therapy for respiratory diseases. And research has demonstrated that thymoquinone also has antiviral properties.

Research in Turkey in 2014 found that extracts of the Nigella sativa seeds could potentially decrease the replication of coronaviruses if an infected person was already supplementing with the extract before infection.5

There’s more: other studies show thymoquinone can be used to help treat the flu and “inhibit the inflammation of sinuses and respiratory airways, (fight off) microbial infections and finally help patients suffering from clinical symptoms of sinusitis such as nasal congestion and headache.”6

Added to that, medical scientists in Asia believe that using Nigella sativa along with zinc supplements “could be useful as a complement to COVID-19 treatment”.7

According to these researchers, when the COVID-19 virus enters cells, thymoquinone can possibly stop the release of the viral RNA into the cell’s cytoplasm – preventing the virus from taking over the cell.

In addition, although zinc on its own can interfere with the virus’s ability to reproduce, another natural chemical in Nigella sativa, called nigellimine, can facilitate the entry of extra amounts of zinc into the cell to help this mineral stymie the virus.

Studies have confirmed other benefits for Nigella sativa and thymoquinone:

It’s beginning to sound to me like “panacea” may be an appropriate name after all!

If you decide to use Nigella sativa as a supplement, experts say not to take it if you’re pregnant or plan to become pregnant or if you’re breast feeding. Plus, if you’re under the care of a healthcare provider for any significant medical condition, consult your healthcare practitioner first. (And I hope he or she is an alternative/functional/integrative doctor.)

That being said, if you decide to use Nigella sativa oil, you’ll be joining millions of people around the world who use it safely for various ailments. And many of those folks even use it on the skin to treat acne, skin inflammation and burns.

In ancient Egypt, it wasn’t just the pharaohs who used this medicine. Word has it that Queen Nefertiti, who was renowned for a glowing complexion, was an avid devotee of applying Nigella sativa oil to her skin.