Ann Tried Carrot Juice for Cancer… You Won’t Believe What Happened Next! 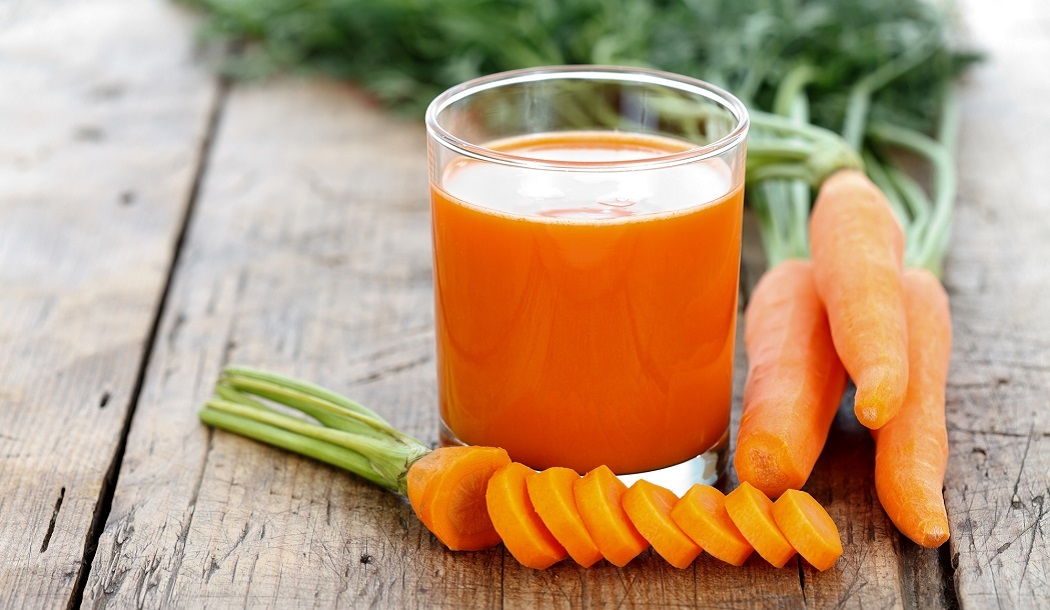 What if you discovered that the most basic, mundane vegetable – available in stores and gardens everywhere – could hand cancer a serious setback, and maybe even keep your body cancer-free for years?

Well, the simple carrot is now being purported to do just that. I sent one of my investigative reporters to uncover one of these remarkable carrot therapy stories as well as the brand-new research that reveals hidden cancer-fighting nutrients inside carrots.

Most folks who are diagnosed with cancer will choose conventional therapies like chemotherapy, surgery or radiation. At least until they realize conventional treatment isn’t working against their cancer. That’s when they’ll investigate alternative therapies and seek out the expertise of carefully trained natural doctors.

Others, when faced with the failure of conventional cancer treatment, will choose from a wide array of natural do-it-yourself treatments. That’s what happened with Ann.

The following is adapted from Ann’s book Curing Cancer with Carrots:

When Ann was diagnosed with colon cancer, a surgeon removed 12 inches of colon, some lymph nodes, and a palm-sized area of muscle. Still – even though he “got it all”–he pressured Ann toward chemotherapy to ensure her colon cancer didn’t return. However, her surgical wound became so badly infected that she couldn’t proceed with chemotherapy.

When her wound finally healed, her new CT scan delivered devastating news – two new tumors on lymph nodes between her lungs. Around the same time, Ann read about the carrot cure for cancer. When doctors pressured her to get chemo, Ann refused. Instead, she bought a juicer and began drinking five cups of carrot juice a day.

Two weeks later, a scan showed that the tumors were growing rapidly. Still she refused chemo. Six weeks later, Ann finally got good news… the two tumors were slightly smaller. After another two months, her CT scan was normal. She took this to mean that she no longer had cancer. But doctors didn’t specify that, so she kept juicing.

Eight months after she’d started, they finally gave her the “all clear.” She’d been given a death sentence and told she’d never survive without chemo and radiation. Yet here she was… pulmonary lymph nodes normal, CT scans normal, and “no sign of cancer.”

So why did the carrots work?

Carrots as a cancer fighter

Two of those compounds – falcarinol and luteolin – have been studied since the early 2000s.

Falcarinol is a compound found in carrots (and also in celery, parsnips, parsley, fennel, and ginseng) that prevents fungi from attacking the plant’s roots.

Dr. Kirsten Brandt has studied carrots and falcarinol for many years.

When lab animals injected with carcinogens were fed either carrots or falcarinol along with their normal chow, they developed one-third fewer large tumors. (Realize, it’s the big tumors that kill, not the little ones.)

The human equivalent is about one-and-a-half pounds of carrots per day.

Ann consumed more than three times that much.

The amount of falcarinol in carrots is incredibly small. One liter of carrot juice contains a mere 13 milligrams of falcarinol. (Picture a quarter-teaspoon. One milligram is one-thousandth of that!)

Luteolin is more well-known and well-studied.

A 2008 study in the journal Molecules summarized its anticancer benefits. It noted that luteolin’s benefits reach far beyond its antioxidant and free radical scavenging abilities.

With a standard American diet, you’ll consume just one milligram of luteolin a day. But five pounds of carrots contain a whopping 75 milligrams.

It’s worth noting that while you could theoretically get these nutrients from a supplement, your body more readily absorbs them from real food.

Would I treat my own cancer with this carrots-only approach? No, it would make me nervous to bet my life on one remedy, mostly backed by anecdotal evidence. I would probably combine it with other remedies.

And I’d consume the amount suggested by the animal experiments (one-and-a-half pounds of carrots, pre-juicing. Maybe as much as two pounds.) I would not be prepared to down as much as Ann did.

I’d also have some questions about the toxicity of vitamin A. The body metabolizes beta-carotene into A – and there is such a thing as too much.

Nonetheless, if you decide to roll the dice on carrots, here are the details. . .

How to use carrots to fight cancer

Buy or borrow a juicer. Key point: A juicer, not a blender!

Get the sturdiest machine you can afford. Cheap ones break down with heavy use.

Plan about 15 or 20 minutes to juice five pounds of carrots.

Some people drink the juice all at once in the morning. Ann spread hers throughout the day.

Buy your carrots as fresh as possible, preferably with the green tops still attached. Break the greens off immediately so they don’t suck out the nutrients.

Lightly scrub the carrots, but don’t peel them or you’ll lose falcarinol, which is concentrated in the skin. Cut off bad spots.

Purple carrots contain more falcarinol than orange ones do (although they’re harder to find).

Avoid carrots that are brown or green around the stem. Brown tops aren’t fresh and green tops are bitter.

Size your carrot pieces to your juicer’s capability.

You can juice carrots by themselves, or spice things up by adding apple, fresh ginger, fresh parsley, or celery. If you’re saving juice for later in the day, use a thermos and keep it covered and dark. Drink it all the same day.

Drinking bottled pasteurized juice won’t give you falcarinol, since the heat of pasteurization kills the viable compounds in the juice.

Also, be aware that the beta-carotene in carrots may turn your skin slightly orange. Rest assured that this is harmless and will disappear once you stop juicing.

Some people, especially diabetics, may be concerned about the relatively high sugar levels in carrots. I think their concerns are well-founded. I find carrot juice is very sweet.

If you fall into this category, substitute celery for some of the carrot juice. It can – but doesn’t always – have more falcarinol than carrots. Celery also contains apigenin – a very strong anticancer agent in its own right.

In the grand scheme of things, you’re better off cutting out desserts and baked goods, and getting your sugar fix from carrots instead.

To track carrot juice-related results, start juicing right after a scan and continue diligently until the next one, so you can see the change.

You may see an improvement in as little as four weeks, but six to eight weeks is more likely.

A word of wisdom from Ann’s book: Even if juicing doesn’t seem to be shrinking your tumor, it may still be hindering its growth. So, before you give up, increase the amount and frequency of your juice consumption.

Avoid an “everything but
the kitchen sink” approach

Consuming this quantity of carrots is a specific medicinal approach. You’re using far more than anyone would normally consume.

Keep the rest of your diet as clean and healthy as possible – very little meat, no processed foods, lots of fruits and veggies.

I would classify Ann’s approach as “fascinating-but-more-study-needed.” There are excellent cancer treatments for which there are no human studies, and I do respect anecdotal evidence like Ann’s, but it still seems like a stretch to advise a cancer patient to put all their eggs in this basket. I’d at least like to see more animal studies on carrots and/or falcarinol.

Interestingly, Ann said that while she was juicing, people who didn’t know she had cancer commented on how vibrantly healthy she looked. (I guess nobody thought she looked orange.) And despite suffering from advanced cancer, she felt unusually happy and vivacious most of the time.

Oddly enough, even after her July 2013 scan showed that all signs of cancer were gone, her doctor still tried to force her into conventional cancer treatments “just in case you have a little cancer to mop up.”

She told him she’d already mopped it up with carrots.