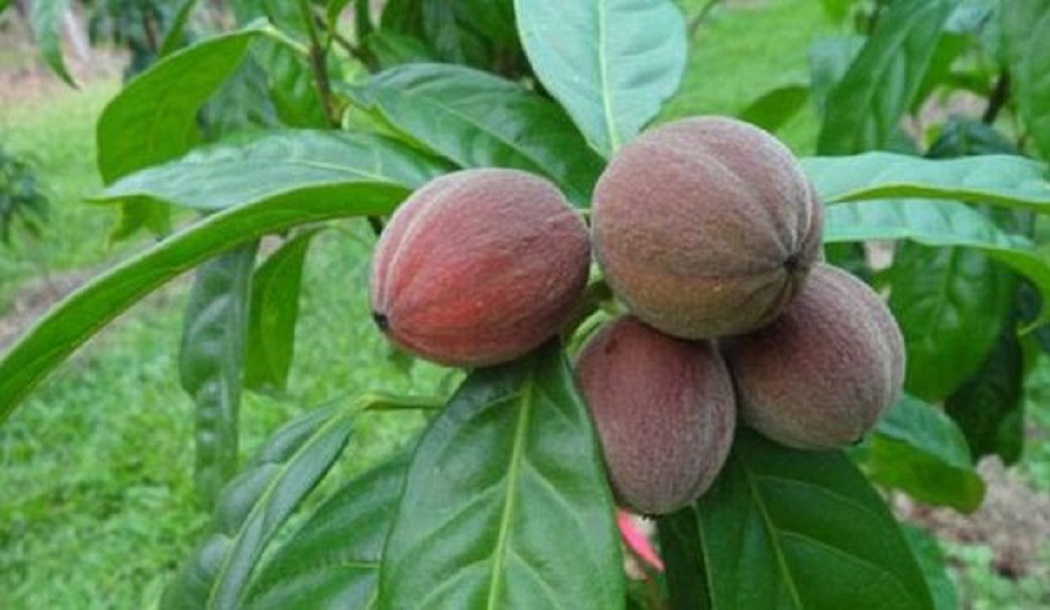 In the northeastern rainforest of Queensland, Australia, grows the little-known blushwood tree (Fontaineapicrosperma). On its branches sits a plumpish berry that may just be one of the mightiest cancer fighters of modern times.

Blushwood berries are reddish purple, roughly the size of a golf ball, and sport a thick, orange-peel-like skin. Like most colorful fruits, blushwood berries are high in polyphenols, antioxidants, carotenoids, fiber, enzymes, and other micronutrients. But it’s what’s inside the berry’s seed that really matters.

In 2014, Dr. Victoria Gordon, CEO of QBiotics, Ltd., and her research team learned of the unique properties of the blushwood berry when they observed a small marsupial eating the berry but spitting out the seed. This was unusual, as most animals eat the flesh of a fruit right along with the seeds, as seeds have numerous nutritional and fibrous qualities.

The researchers believed the animal spit out the seed because of a burning sensation that likely resulted from inflammation caused by components within the seed. That prompted the scientists to send the seed to a lab in hopes of isolating and analyzing any characteristics of interest.

What they found intrigued them even more.

After much testing, Dr. Gordon and her team of scientists discovered a new compound within the berry seed. They named the compound EBC-46, which has come to be known more commonly by its chemical name, tigilanoltiglate.

Several years later, Dr. Gordon detailed that tumors—sometimes as large as an orange—from a variety of animal species appeared to “melt” away after being injected with tigilanoltiglate.

As Dr. Gordon explained it, the compound has a remarkable ability to prompt an immune response following direct injection, where observations show a tumor area then swells and reddens. It’s believed this is a mark of dying tumor cells. Those cells go on to turn a purple and later a black color, much like a bruise.

In most cases, the tumor eroded away after about a month, and the tissues around the dead cells healed on their own, much the way a wound might. Scientists explain this reaction as “hemorrhagic necrosis” of the tumor, concluding that the berry compound effectively destroyed the fragile capillaries that feed the tumor.

In other words, tigilanoltiglate first kills the tumor by cutting off its blood supply, and then it activates the body’s own immune system to clean up the mess that’s left behind.

But what really amazes scientists is just how fast the compound works, taking effect within minutes and clearing out the tumors within days (and with no side effects!).

Dr. Gordon believes that tigilanoltiglate is one of the most promising naturally-derived cancer-fighting drugs of our time, with a single local injection prompting tumor reduction within hours.

As lead researcher Dr. Glen Boyle said in an interview, “In most cases the single injection treatment caused the loss of viability of cancer cells within four hours, and ultimately destroyed the tumors.”

There is so far little evidence that this compound would effectively treat cancers that spread to other parts of the body (metastatic cancers). It’s believed treatment will only work on tumors that can be accessed by direct injection.

The compound has since been used by veterinarians in over 300 cases of tumors in companion animals, including dogs, cats, and horses.

In December 2019, QBiotics published astounding results from their first in-human Phase 1 clinical trial of tigilanoltiglate (EBC-46) in the journal EBioMedicine. In the trial, they gave small doses of the compound to 22 patients at four Australian hospitals who had a range of tumor types including squamous cell carcinoma, basal cell carcinoma, melanoma, and breast adenocarcinoma.

Four of the patients had a complete response with full destruction of their tumor and six patients had a partial response – but remember, these were low dosages, because dosage levels are still being determined. On top of that, two patients with melanoma showed non-injected tumors reduced in size, which is notable because they were at different locations in the body from the tumors that had been treated with the injections—and again, these results were achieved below optimal dosage levels.

Also, in December 2019, QBiotics announced it had treated its first patient in a Phase I/II clinical trial for patients with head and neck squamous cell carcinoma. This trial is partly an attempt to decipher optimal dosage. Cancers of the head and neck are the sixth most common cancer diagnosed worldwide, largely driven by tobacco use and increasing rates of human papillomavirus (HPV).

Remember: the whole seed is
poisonous to humans and animals

Before you rush out to buy blushwood berry to snack on its seeds, you need to know that treatment is not as easy as crushing the berry—seeds and all– and eating it.

Remember the marsupial in the rainforest spitting the seeds out? The animal knew better than to eat them. And Dr. Gordon’s own research has confirmed that blushwood berry seeds are toxic to humans.

In fact, Australian retailers of the plant itself took it off the shelves years ago, after the initial publication of the plant’s cancer-fighting properties and fears that people might poison themselves with “homemade” cancer tinctures.

A complex purification procedure is required to extract a usable form of tigilanoltiglate from the seeds.  QBiotics is working on developing both a human and veterinary treatment.

As of January 2020, Qbiotics received approval from the EU regulatory committee to market a veterinary formulation in Europe and the UK, and their application to do so in the U.S. is currently under review by the FDA.

Beware of imposters while we wait

As always, the medical profession is moving with agonizing slowness while people die.  Based on the limited information we have, this treatment sounds like a miracle. I would want to get my hands on it if I had cancer.

Now, it is possible this is another case of a pharmaceutical company looking for a patentable form of a natural remedy. The hydroxychloroquine treatment for COVID-19 is the latest example of the ruthless, unprincipled hostility of the medical establishment toward anything they don’t own and control.

But I don’t know if they’re lying again when it comes to blushwood seeds. If and when I hear there is a safe, tested, non-drug-company form of this treatment I’ll let you know.  Meanwhile, the best information we have is that the unprocessed seed is toxic and must be avoided.

I remain convinced that natural products like EBC-46/tigilanoltiglate are our best sources for treatments to fight insidious cancers. Much like our own human bodies, it took millions of years to produce the complex biodiversity found in rainforests. It would take organic scientists decades to reproduce the kind of organic complexity already available to us, if we just look for it.