Can You Catch Cancer? – Cancer Defeated 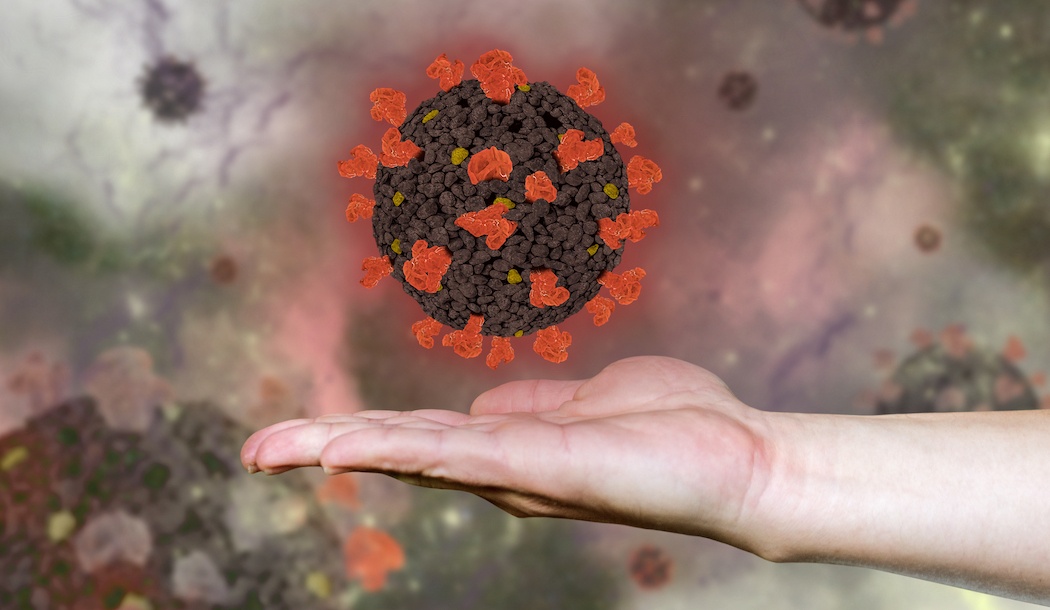 The simple answer is yes. Cancer can be a contagious disease.

However, don’t worry, this has only been observed in a few members of the animal kingdom and in humans under very unusual and rare circumstances.

Even still, researchers believe that it’s important to understand how transmissible cancers happen in animals because it could lead to better cancer treatments for us.

The Tasmanian devil is the world’s largest carnivorous marsupial. Remember, a marsupial is a mammal with a pouch. Examples include the kangaroo, of course, or the Virginia opossum, the only marsupial native to the United States.

The Tasmanian devil is a 2½-foot-long creature that got its name because of its red ears, wide jaws, big sharp teeth, and terrifying nocturnal screams. Not to mention that it’s found only in Tasmania, a small island near Australia.

Concerns about cancer in Tasmanian devils arose in 1996 when a Tasmanian devil was photographed with a large tumor on its face, something that had never been seen before.

At first researchers believed this tumor was a one-off, but it soon became apparent this discovery was the first sighting of a new disease. A disease that was to rapidly spread across 95 percent of the species range and reduce the population from 140,000 to a mere 20,000.

Scientists were intrigued by this infectious and deadly cancer. They assumed it must be spread by a virus in much the same way as human papillomavirus (HPV) is responsible for up to 99 percent of all cervical cancers. However, although HPV is very common, cervical cancer is not.

Further investigation revealed that the tumors discovered in the Tasmanian devils are not spread by a virus at all, but by something potentially far more sinister.

Under the right conditions, cancers can, in theory, grow forever. But while the disease continually adapts and mutates to avoid our defenses and medical strategies to destroy it, ultimately cancer must itself succumb after it has killed off the host.

A terrifying prospect is where the cancer leaves the host to find another victim. This possibility dawned on scientists when they took samples from one of the male Tasmanian devil cancer victims. They could see the genetic profile of the tumor didn’t originate from the cells of the animal’s body. In fact, it arose from a female.

Hundreds of tissue samples taken from Tasmanian devils killed by the cancer showed they all shared the same DNA. This meant their cancers came from a single Tasmanian devil infecting the entire population.

In that year, scientists reported “a major surprise” when they found a second genetically distinct transmissible cancer. This cancer produced virtually the same disfiguring tumor, but it arose from a male devil.

How could an infectious cancer spread so quickly?

As part of their normal social behavior and aggressive encounters, Tasmanian devils bite and scratch each other, sometimes quite fiercely, leaving severe wounds on the face and neck. This allows cancer cells to transfer from one to another via saliva.

Happily, this is not a usual feature of human behavior.

The Tasmanian devil isn’t the only species to be affected by transmissible cancer.

The origin of the cancer has been traced back thousands of years and shares a strong genetic identity coming from a single source. The good news for pet owners is that, with treatment, it has a 90 percent cure rate.

Genetically identical contagious cancers have also been found worldwide among shellfish such as clams, mussels, and cockles. In some locations the infection rate is as high as 13 percent. Researchers speculate that the disease is responsible for the mass shellfish die-offs reported in recent years, but the cause of these events is still under investigation.

Transmissible cancer is also found in Syrian hamsters. They can transmit cancer in the form of reticulum cell sarcoma, a type of malignant lymphoma, but their tumors have multiple independent origins.

What about animals that we use for food? Although the USDA will not allow animals with cancer to be sold for food, they are being ultra-cautious, probably to allay public fears. However, science shows that a tumor in your T-bone would be dead tissue and it’s difficult to see how it could pose a threat to human health, let alone transmit cancer.

When do contagious cancers occur in humans?

This question was first asked by researchers at Memorial Sloan Kettering Cancer Center in the 1950s.

The scientists wanted to study human immunity to cancer, so they carried out a decade long series of experiments. This included live cancer cells extracted from patients and injected into fourteen healthy ‘volunteers’ from a State Penitentiary (a practice that’s unlikely to get past ethics committees today).

With a single exception, no injected tumors grew beyond a nodule stage. Their research demonstrated that it’s almost impossible to transmit cancer under normal circumstances.

In a separate experiment carried out by doctors at Northwestern University Medical School, a woman aged 80 volunteered to have a melanoma tumor from her daughter transplanted into her.

The doctors thought this would give them a better understanding of cancer immunity and hoped the production of tumor antibodies would be helpful in cancer treatment. Sadly, she died from the melanoma 15 months later.

Other than through scientific experiments, examples of transmissible cancer in humans are extremely rare.

Cancer cells have been transferred inadvertently to patients after organ transplants and to recipients of bone marrow or blood stem cell transplants. Medical accidents are also to blame.

In 1986 a healthy 19-year-old lab worker accidentally injected herself with colon cancer cells. This led to the growth of a tumor on her hand. A decade later a surgeon injured his hand while operating on a patient with a malignant tumor. The same tumor later grew on his hand. In both cases the tumors remained confined and didn’t spread.

The only other examples of transmissible cancer in humans are in placental transfer, between unborn babies in the womb.

For example, medical science shows that leukemia in one identical twin fetus can spread to the other twin fetus through the placenta. This was first described in 1882, and since then, at least 70 additional cases have been identified.

In addition, pregnant mothers with metastatic cancer have been known to transfer it to the unborn baby, and damaged placental cells can give rise to placental site trophoblastic tumors in mothers after pregnancy.

All known evidence suggests that contagious cancer is not something that need concern us.

In fact, an understanding of this form of cancer could help us. Recent research on the Tasmanian devil provides insights into how human cancers could better be treated and perhaps even cured.

Scientists had originally forecast that the Tasmanian devil would become extinct, but they are now more hopeful. The immune system of the marsupials has adapted to fight the disease, and the infection rate has declined greatly. This “amazing evolutionary response” increases their chance of survival.

The speed of this adaptation, in just sixteen years over eight generations, has astonished scientists. The disease remains largely fatal, but tumors have been observed to disappear from an increasing number of individual Tasmanian devils in what scientists are calling spontaneous remission.

Scientists at Washington State University (WSU) and the Fred Hutchinson Cancer Research Center in Seattle were also surprised to find that a single genetic mutation was responsible for this change in fortunes. This mutation doesn’t change the function of the gene; it turns on a gene that slows tumor growth.

Andrew Storfer, professor of biological sciences at WSU, said, “This gene is implicated in human prostate and colon cancers. We hope to learn something that could be applied to understanding and possibly treating a number of human cancers in the future.”

Cancer biologist David Hockenbery from Fred Hutchinson, added, “If there were ways that tumors could be tricked into regressing without having to administer cytotoxic drugs or deforming surgeries, it would be a major advance.”