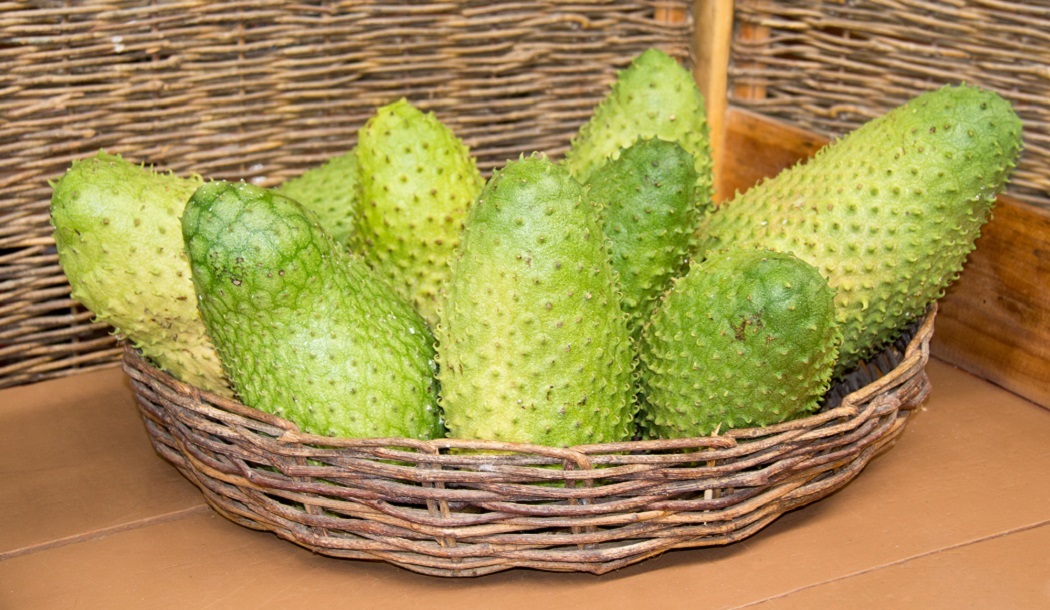 A tropical fruit that’s been attracting serious attention as a cancer fighter once again proves that foods can be powerful medicine against cancer.

This fruit from the graviola plant has been used in folk medicine for more than a century, and contains more than 200 different natural phytochemicals that are beneficial in the human body.1

Among these phytochemicals are acetogenins, which scientists believe can annihilate even the most aggressive cancers, such as brain cancer.

The graviola plant is known by many names, graviola in Brazil, soursop in England and guanabana in Spain and in the U.S.

The tropical plant can grow 18 feet high. Its hanging fruit is lumpy and bulbous — downright ugly, some people think — yet has such a wonderful taste that one writer dubbed it the “frog prince of the plant kingdom.”2

So it’s no surprise that graviola fruit is used to make smoothies, fruit drinks, ice cream, candy and sherbets across Spain and Central and South America. But to cancer researchers, graviola is more than just a tasty treat.

Much of the research into graviola is centered on the actions of the acetogenins, which the graviola plant makes from long chain fatty acids.

Acetogenin molecules are shaped like microscopic kites and this feature, researchers believe, gives them the ability to interfere with the actions of mitochondria in cancer cells.

Remember, it’s the mitochondria in any cell that manufacture energy to allow the cell to survive. When acetogenins disrupt the energy supply in cancer cells, they can’t reproduce in large numbers to form a tumor or spread to other parts of the body.

Tests in Asia show that acetogenins in extracts from graviola can cause the mitochondrial membranes in cancer cells to leak and induce oxidative damage to the cell, causing it to die. If you imagine a cancer cell as a car, this process is similar to what would happen if you got a leak in the fuel line, gasoline spilled on the engine, and fire erupted.

While your local fire department can douse a car fire, the result of the oxidative fire to cancer cells is apoptosis – a self-destruct program built into cells that triggers death when they are severely compromised.3

Holding the line against brain cancer

One of the most deadly types of brain cancer involves astrocytes. Astrocytes are star-shaped cells that are critical for the healthy function of the blood-brain barrier—the natural barrier that keeps toxins out of brain tissue. Astrocytes are also essential for supplying nutrients to brain neurons and for repairing damaged neurons, as well as for normal cell signaling.

You can imagine that when astrocytes “go rogue” and become cancerous, the results are usually deadly. One such cancer, glioblastoma, often claims its victims within twelve to fifteen months.

That’s why the latest research on graviola is so exciting.

A study in Asia shows that extracts made from graviola can have epigenetic effects, or effects on genes, that may make brain cancers like glioblastoma more treatable.

In these studies, the researchers tested various extracts of graviola, from the fruit, leaves and seeds, finding that each could individually interfere with a cancer-defending gene called MUDENG, otherwise known as Mu-2-related death-inducing gene, or simply, MuD.

The actions of MuD in brain cancer cells is to help these malignant cells survive circumstances that might otherwise kill them off via apoptosis. But the Asian researchers found that the graviola extracts, particularly an extract made from the fruit of the plant, can disarm this cancer cell defense system and help finish off these tumor-forming cells.4

Graviola helps fight other cancers, too

Additional research demonstrates that graviola is useful against a number of other cancers to help patients:

Best of all, graviola is safe, unlike many conventional cancer treatments. In fact, graviola’s phytochemicals are so beneficial for good health that graviola fruit has been used to help nursing mothers increase milk production.

Graviola has another remarkable benefit, according to research in Spain. Lab tests at the University of Seville show that an extract made from the leaves of the plant can reduce the mood swings, irritability and muscle aches of fibromyalgia.8

“The consumption of extract of Annonamuricata (graviola) leaves in pharmaceutical form and in the correct dosage can reduce the chronic pain, anxiety and depression that accompany this disease. This extract comes from the traditional preparation using decoction,” says researcher Ana MaríaQuilez, who is with the university’s Medicinal Plants Research group.

None of this is any surprise to folk medicine’s traditional healers. They’ve long used traditional decoctions of graviola to fight cancer, pain, fever, infection, inflammation, diarrhea and dysentery, and to heal wounds.

From what I’ve seen, the research into the health benefits of graviola – both for fighting cancer and healing other health problems – is just beginning. Already, a number of alternative doctors routinely prescribe graviola as part of their cancer-fighting protocol.

As scientists look more closely at how the phytochemicals in graviola help the body fight cancer, we hope their research will catch the attention of conventional oncologists who can then begin to see how powerful natural extracts from plants can be in treating cancer.