Cancer-killing cocktail made by women only - Cancer Defeated

Cancer-killing cocktail made by women only 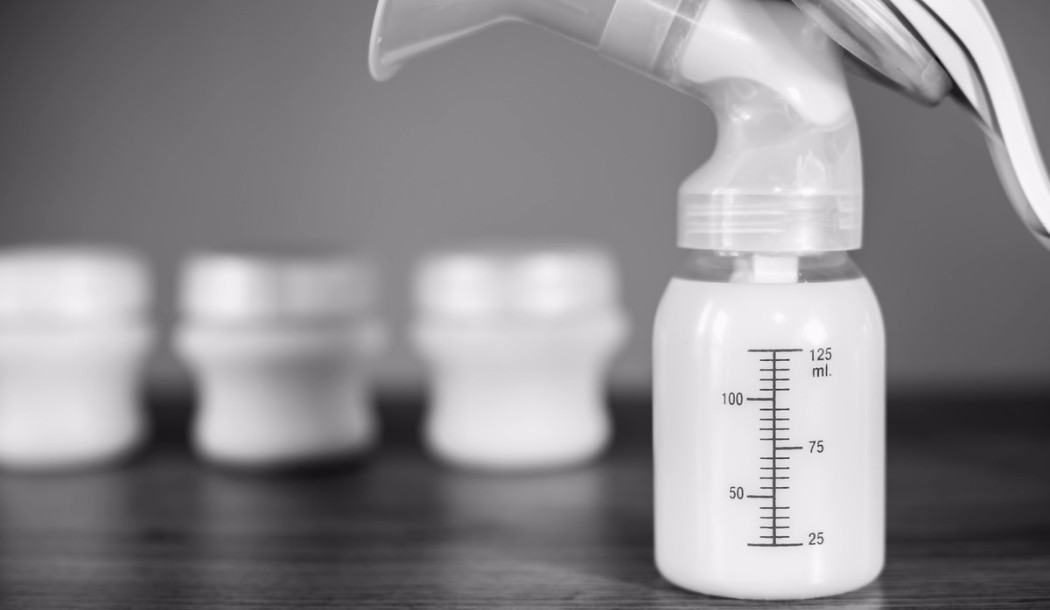 Along with having the most complex brains, it appears humans also have the most complex breast milk of all mammals. These days, it’s well-known that this milk can do far more than nourish infants through the risky first years of life.

In fact, scientists have just newly discovered a substance in breast milk that may be able to prevent—and possibly cure—cancer. Keep reading for more on this important breakthrough…

Why breast milk is more than just food

The incredible thing about breast milk is that it’s chock full of disease-fighting substances and antibodies. Plus, it’s beyond dispute that some of the nutritional and healing qualities in breast milk can’t be replicated in formula.

For one thing, a woman’s immune system plays a role in creating the ultimate nourishing cocktail for her infant. If a nursing baby gets a virus that the baby’s mother was exposed to, the mother produces antibodies. Those antibodies then get passed on to the baby through the breast milk.

That’s why breastfed babies are much less likely to catch viruses. And if they do catch a virus, they fight it off faster than babies fed exclusively with formula.

Besides antibodies, other substances found in human breast milk include immune factors, enzymes, and white blood cells. Those elements go a long way in protecting babies against diseases, and the protection appears to last long after the baby has been weaned. This protection even extends to conditions like diarrheal diseases, allergies, diabetes, and obesity.

Along with all that, breast milk has been shown to steadily strengthen babies’ immune systems until they’re strong enough to fight infections on their own. They’re aided in part by colostrum and lactoferrin, which are well known immune boosters found in breast milk.

But breast milk does more than protect against viruses and minor health conditions. Thanks to the transfer of antibodies and other immunologic substances in human milk, children who are breastfed for more than six months are less likely to develop cancers like acute leukemia and lymphoma than those who are fed formula.

Even more interesting, thanks to research done at Lund University and the University of Gothenburg, Sweden, there is a substance found in human breast milk that can kill cancer cells. That substance is known as HAMLET (Human Alpha-lactalbumin Made LEthal to Tumor cells).

HAMLET was discovered by chance while the researchers were trying to decipher the antibacterial properties of breast milk. Once they stumbled upon HAMLET, they went on to find it’s made up of a protein and a fatty acid, both naturally found in breast milk.

While they did not prove whether or not the HAMLET complex forms spontaneously in the milk, it is believed that, besides developing in the milk itself, HAMLET can form in the acidic environment of babies’ stomachs.

Since it was identified, lab experiments have shown that HAMLET kills 40 different types of cancer. Not just that, but HAMLET only kills cancer cells and does not affect healthy cells.

In a study done on patients with bladder cancer who were injected with HAMLET, those patients went on to excrete dead cancer cells in their urine following each treatment. Researchers are currently studying the effect of HAMLET on skin cancer, tumors based in mucous membranes, and brain tumors.

Needless to say, there’s hope that HAMLET can be developed into medication for cancer prevention and treatment.

Another source of breast milk’s anticancer activity was brought to light through a study from the Journal of Human Lactation (published by SAGE). In the study, researchers found human breast milk also contains high levels of cancer-fighting TRAIL (TNF-related apoptosis inducing ligand).

In the study, researchers looked at colostrum, which is the first milk available to newborns that comes from a mother in the days following birth. They compared it to mature breast milk, blood, and formula. The researchers found that colostrum and breast milk had 400- and 100-fold higher levels of TRAIL than blood. In contrast, infant formula contains no TRAIL.

Researchers believe TRAIL has a strong biological anticancer effect. They believe it also plays a role in the prevention of childhood cancers that had previously been observed in breast-fed children, going on to say it seemed to protect from lymphoblastic leukemia, Hodgkin’s disease, and neuroblastoma.

Before you start chugging, read this…

It’s a very real and scientifically credible fact that TRAIL and HAMLET make a difference when fighting cancer. But that doesn’t mean you should rush out and start buying breast milk in bulk off the internet.

In fact, that’s a real problem. Internet sites that sell breast milk have been bombarded by customers in the past few years, many of whom are looking for benefits beyond what’s been proven. Some say it’s a superfood, some say it can help bodybuilders bulk up, and some say it’ll improve your own immune function.

The truth is there’s no evidence of what regularly drinking breast milk can do for adults. It’s the perfect nutritional combination of proteins, fats, vitamins, and carbohydrates—when you’re talking about newborns. But the digestive system of an adult is different from that of a baby.

Plus, you can’t be sure of what you’re getting if you order breast milk through the internet. A study by the Center for Biobehavioral Health at Nationwide Children’s Hospital in Columbus found that at least a few sites selling breast milk online actually blended their milk with as much as 10% cow’s milk. Worse, there’s no testing to verify that purchased breast milk is free of things like prescription drugs or illicit drugs.

Breast milk banks do exist as a way for lactating mothers to donate to babies in need. But those nonprofit organizations thoroughly vet and test any donated milk. The outfits selling breast milk, especially online, don’t always offer the same courtesy of safety.

For now, the best we can do is hope that science will move fast and we’ll soon be able to extract the anticancer compounds in breast milk and produce them on a large scale. And from there, funnel them into an accessible, inexpensive cancer treatment.