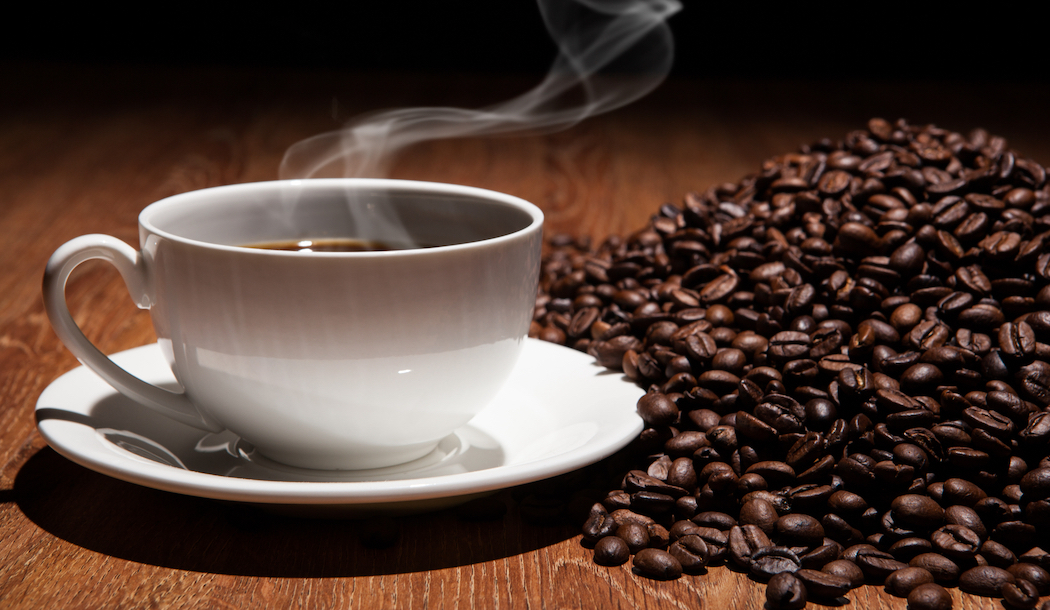 Back in the 1980s drinking coffee was linked to cancers of the bladder, colon, ovary and pancreas. Some speculated it was a risk factor for breast cancer as well.

But by 2016, the International Agency for Research on Cancer (IARC) reclassified coffee as “not classifiable as to carcinogenicity.” Not only did the IARC give coffee a clean bill of health, they even proposed that it safeguards us from some forms of the disease.

So, what’s a coffee drinker to do? Let’s examine the research….

Throughout the 1980s and 1990s, the IARC gave credence to the coffee-cancer connection stating that coffee “possibly caused cancer.” Back then coffee was also linked to other health problems, especially coronary heart disease.

Miriam Nelson, a professor in the School of Nutrition Science and Policy at Tufts University, helped create the latest national Dietary Guidelines for Americans in 2015.

Prof. Nelson and her team wrote to say there’s “strong and consistent evidence” showing that, in healthy adults, moderate coffee consumption is not associated with an increased risk of major chronic diseases (e.g., cancer) or premature death, especially from coronary vascular disease.

They concluded that moderate coffee consumption (three to five eight ounce cups a day) can be incorporated into healthy eating patterns.

Prof. Nelson commented, “We have found no negative adverse effects on health when you drink up to three to five cups a day.”

“In fact,” explained Prof. Nelson, “there is a decreased risk of cardiovascular disease, type 2 diabetes, Parkinson’s disease and a couple of cancers.”

Another member of the expert panel, Tom Brenna, a professor of nutrition and chemistry at Cornell University, added, “There is no evidence whatsoever for negative health consequences in the general population, and if anything, the signal was in another direction. It seems to be protective.

“The real takeaway is, have your coffee in the morning with complete confidence that at least on average, nobody ever found any problem.”

In addition to helping fight the conditions Prof. Nelson listed, coffee is also linked to a lower incidence of Alzheimer’s, a reduced risk of depression, and a longer life.

A review of 105 studies published in 2016 by researchers from China concluded that coffee intake can reduce the risk of many cancers including liver (54 percent), oral/pharynx (31 percent), endometrial (27 percent), colon (13 percent), prostate (11 percent), and melanoma (11 percent). These were the differences between the highest and lowest coffee intake.

However, there was one stinging discovery: the incidence of lung cancer more than doubled in those with the highest versus lowest coffee intake.

The uncertainty over coffee’s impact on lung cancer led researchers from Icahn School of Medicine at Mount Sinai, New York to conduct a review.

What they found was that smokers are often coffee drinkers. When cigarette smoking is accounted for in the analysis, “coffee drinking does not constitute a risk factor for lung cancer.”

Liver cancer: In 2014, researchers from the University of California, Los Angeles, published a review of studies on the effects of coffee on people with liver disease.

They found improvements in a number of liver enzymes, decreased progression to cirrhosis, a lowered mortality rate in cirrhosis patients, and a lowered rate of cancer development.

They suggested, “in patients with chronic liver disease, daily coffee consumption should be encouraged.”

A few years later, scientists in the United Kingdom carried out their own review. They looked at 26 studies involving 2.25 million participants. They found the more people drank — with a limit of no more than five cups a day — the more protection they received.

Those who drank one cup of caffeinated coffee a day saw their liver cancer risk reduce by a fifth, two cups, by a third, and those drinking up to five cups slashed their risk by half. Decaffeinated coffee drinkers also saw improvements, but to a lesser degree.

One of the study authors, Peter Hayes, commented, “We have shown that coffee reduces cirrhosis and also liver cancer in a dose-dependent manner.”

Judi Rhys, chief executive of the British Liver Trust, added her comments, “Liver disease is a silent killer as often there are no symptoms until it’s too late.

“Coffee is something that is easily accessible to everyone and regularly drinking it – filtered, instant or espresso – may make a difference in preventing and, in some cases, slowing down the progression of liver disease. It is an easy lifestyle choice to make.”

Colon cancer: Over 5,000 men and women with colon cancer were compared to 4,000 controls in a study carried out by scientists at the University of Southern California in 2016.

Just one to two servings of coffee a day reduced the odds of developing colon cancer by 26 percent, after taking into account known risk factors.

Moreover, the risk of developing colorectal cancer continued to decrease to up to 50 percent when participants drank more than 2.5 servings of coffee each day. This applied to both caffeinated and decaffeinated.

Stephen Gruber, senior author of the study, commented, “We were somewhat surprised to see that caffeine did not seem to matter. This indicates that caffeine alone is not responsible for coffee’s protective properties.

“I would encourage coffee lovers to revel in the strong possibility that their daily mug may lower their risk of colorectal cancer.”

Another study published last September by researchers at Dana-Farber Cancer Institute in Boston, found 1,171 patients treated for metastatic colorectal cancer experienced a longer time before the disease worsened and lived longer overall if they drank two or three cups of coffee a day.

Participants who drank larger amounts – more than four cups a day – benefited even more, and this applied to both caffeinated and decaffeinated varieties.

Colorectal cancers are among the most common and cause about 53,000 deaths per year in the United States.

Endometrial cancer: A review of 13 studies involving 1.5 million participants found that overall, caffeinated coffee lowered the risk by 34 percent and decaffeinated by 23 percent.

The overall risk of endometrial cancer decreased by five percent for every one cup drunk per day for both types of coffee. The results are stronger in women who never had hormone therapy and in those who were overweight with a body mass index above 25.

An updated review published in 2018 confirmed these findings. Those drinking the most coffee had a 26 percent reduced risk compared to those with the lowest coffee intake.

Endometrial cancer accounts for only about 66,000 cancer cases per year in the U.S. and fewer than 13,000 deaths.

Other cancers: Although evidence suggests coffee reduces the risk of cancers of the breast, prostate, skin, kidney and oral cavities, the science isn’t strong enough to come to any reliable conclusions. Additional studies are needed to confirm whether coffee confers a significant benefit.

However, one of the scientists studying coffee and cancer in the United Kingdom, Peter Hayes, wrote about coffee’s overall health benefits in his review.

“Coffee has also been reported to reduce the risk of death from many other causes,” says Hayes. “Our research adds to the evidence that, in moderation, coffee can be a wonderful natural medicine.”

How does coffee protect?

With such a complex mixture, it’s difficult to pin down which ingredients provide protection, but many are known to possess antioxidant, anti-inflammatory or anticarcinogenic properties. These include cafestol, kahweol, chlorogenic acid, melanoidins and diterpenes.

A number of different mechanisms are involved whereby one or more of these chemicals upregulates protective enzymes, inhibits expression or activity of enzymes involved in activating carcinogens, increases expression of proteins involved in cellular antioxidant defenses, decreases DNA damage and blocks tumor formation.

There are four stumbling blocks to drinking coffee with the first one applying to any hot drink.

Drinks hotter than 150ºF can damage the esophagus, which connects the throat to the stomach, increasing the risk for esophageal cancer. 150ºF is quite hot. Coffee is usually drunk below 140ºF so this shouldn’t be an issue.

The next factor only applies if you drink coffee out of a paper cup.

A recent study from India came up with an alarming finding. Lead author Dr. Sudha Goel explains, “An average person drinking three regular cups of tea or coffee daily in a paper cup, would end up ingesting 75,000 microplastic particles which are invisible to the naked eye. When ingested regularly over time, the health implications could be serious.”

The vast majority of paper cups are coated in plastic. This thin polyethylene lining prevents the liquid soaking through the cup.

Starbucks and other large companies are working to create a greener, eco-friendly, compostable or recyclable cup, but it’s a challenge.

Microplastics are a new area of research and little is known about their effects, but so far, animal studies have linked them to inflammation, infertility and cancer.

A toxin called acrylamide is formed when food is fried, roasted or barbecued at very high temperatures.

Although not proven to cause cancer in humans, acrylamide is of concern especially for those who already consume it at high levels from eating French fries and potato chips, and foods made from grains such as breakfast cereals, cookies, and toast.

During the roasting process acrylamide is also formed in coffee.

Since, as shown, coffee, decreases the overall incidence of cancer in humans, and demonstrates many other health properties, this chemical is unlikely to be a problem. In coffee, acrylamide exists within a complex biochemical framework that will almost certainly override any negative effects.

Finally, coffee is not for everyone. It can be overstimulating and lead to anxiety, irritability, mood changes, headaches and digestive issues in susceptible people.

If this applies to you, then stand well clear. There are many other ways to lower your cancer risk by adding different foods and drinks to your diet, as we demonstrate in this publication every week.