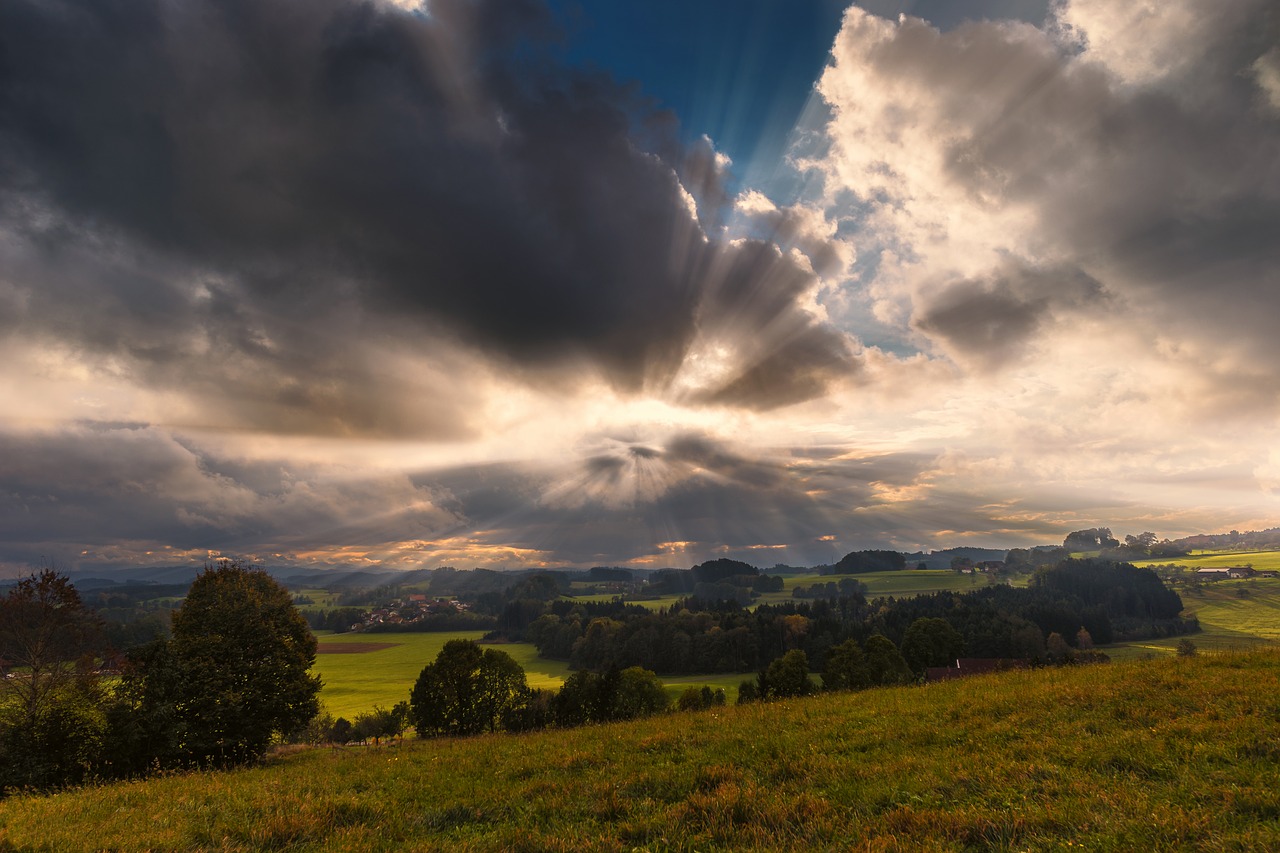 “I’ve been in cancer study for 20 years, and I’ve never seen anything like this, that just melts tumors away.”

That was the view of Martin G Pomper, M.D., Ph.D., professor of radiology at Johns Hopkins School of Medicine.

What got him so excited, and why have we heard nothing about this remedy since? Read on to find out.

The metabolic theory of cancer

Initially produced in the 1940s, an off-the-shelf molecule called 3-bromopyruvate (3-BP) had been all but forgotten until it came to the attention of Young Hee Ko, Ph.D., a medical researcher at Johns Hopkins.

It turned out to have special properties that made it ideal as an anti-cancer agent.

But before we look at why she was interested in this chemical, we need to take a look at the lab she joined.

It was headed by professor of biological chemistry and oncology, Peter L Pedersen, Ph.D. His research focused on cell energetics. Dr. Pedersen was a disciple of Nobel winning scientist Otto Warburg.

This is a very inefficient, primitive way of generating energy, and – what’s worse — it produces lactic acid as a toxic byproduct. This is known as the Warburg Effect. It’s found in more than nine out of ten cancers.

He believed a dysfunction in the mitochondria caused this switch in the way energy is produced and was the prime cause of cancer.

Dr. Pedersen’s work focused on the mitochondria and documented the Warburg Effect in detail. He took his work further, noting the vastly reduced number of mitochondria in cancer cells and the structural abnormalities of the ones that remain. It seems like cancer cells have no option but to revert to a primitive form of generating energy.

Most current cancer research focuses on genetic mutations. It’s become more or less medical doctrine that these mutations are the cause of cancer. In sharp contrast, the work of Dr. Pedersen and others is advancing a competing theory: The metabolic origin of cancer, which theorizes that cancer originates in mitochondrial damage, possibly caused by free radicals and toxicity.

This damage disrupts the signaling that takes place between these energy centers and only then does the nucleus – the DNA — get disrupted. This leads to changes in gene expression and mutations.

Dr. Pedersen and other like-minded scientists believe that gene mutations are an effect and not the underlying cause of cancer. Mitochondrial damage comes first.

If true – and I think it is – the metabolic theory of cancer is the most important breakthrough in cancer research in decades. If you’re not up to speed on it, you can read more in Issue #415 and #416.

Meanwhile, enter Dr Ko, who has found a game-changing way to exploit this discovery.

When she joined Dr Pedersen, Dr. Ko threw herself into this research. Dr. Pedersen has a reputation as a workaholic, not taking a day off work in 22 years, but Dr. Ko surpassed his efforts, putting in 18 hour days and even sleeping in the lab.

Fortunately, her dedication paid off.

Because cancer cells produce a great deal of lactic acid, they need a way of expelling it, otherwise the cells would die of toxicity. To do this they create a lot of transporters to carry the acid, and pores to form an escape route for it.

Dr. Ko wondered whether this difference between a normal cell and a cancer cell could be exploited.

When working for her doctorate she studied 3-BP. The molecule mimics the chemical structure of lactic acid except that it’s very reactive.

Her idea was that the cancer cell would mistake 3-BP for lactic acid. This would allow the substance to sneak into the cancer cell through the same pores that allow lactic acid to escape. It would act like a Trojan horse, creating havoc inside the mitochondria, shutting down both forms of energy production.

Initial laboratory testing of the molecule on human liver and breast cancer cell lines was compared with other chemotherapy agents such as cisplatin. The results were astonishing. 3-BP was far more powerful. The results were so surprising she found them hard to believe, so she repeated the test a hundred times. The results were the same.

Testing on cancer cells cultured in a petri dish is one thing, the next big test would be in an animal model.

Human liver cancer cells were seeded into 19 rats until the cancers grew 2-3 cm. These advanced cancers were then treated with 3-BP. 14 animals were used as controls and treated with saline. After 6 or 7 days all controls had to be euthanized.

But in every 3-BP-treated animal the cancers were eradicated without toxicity within four weeks. Seven months later all remained alive, well and cancer free.

This research was published in 2004.

Subsequent research by the Johns Hopkins team and other labs has shown that 3-BP inhibits an enzyme called hexokinase II which promotes the use of glucose for cellular energy. This enzyme also helps to immortalize cancer cells.

3-BP has demonstrated the following attributes:

Why are we waiting?

Dr. Pomper wasn’t the only one inspired by the animal study. Dr. David Hockenbery of the Fred Hutchinson Cancer Research Center in Seattle said the results were “quite dramatic and quite impressive.”

And yet, twelve years on, there have been no human trials.

The fact that 3-BP is a very cheap, common chemical that can’t be patented is certainly part of the explanation. The cost to patients from using 3-BP is estimated at 70 cents per day.

Another reason is that a falling out took place between Dr. Ko and her employers, resulting in her dismissal and a long lawsuit. Although clinical trials have been held up, Dr. Ko is optimistic these will take place soon. We can only hope her optimism is justified.

Better than any anti-cancer drug

There have been anecdotal reports of remarkable cures in a small number of people, but the following case report is the only example published in a medical journal.

Just 16 years old, Yvar had the fibrolamellar carcinoma form of liver cancer. There is no known treatment other than transplantation, but he did not fulfill the requirements.

He was treated with the ‘gold standard’ liver drug sorafenib but benefits were short-lived.

Treatment with 3-BP began in February, 2009. Yvar’s very poor appetite was quickly reversed. Enlarged spleen was drastically reduced. Indications of tumor death were evident. Regeneration of liver tissue was observed. By the summer he started to regain his physical strength.

Unfortunately, in spite of regeneration of liver cells, liver functions were overloaded and couldn’t cope with the rapid destruction of tumor cells. The liver couldn’t detoxify dead cancer cell debris fast enough. Yvar died two years after first diagnosis, although he lived much longer than expected, and with an improved quality of life.

The authors of the study noted that “the rate of tumor necrosis [death] due to 3-BP treatment seems to exceed all known cytostatic [anti-cancer] drugs.”

In September 2014, doctors at the Cancer Treatment Institute of Columbia reported on a 66-year-old man with stage IV small cell lung cancer. The usual treatments had failed and his prognosis was poor.

He was treated with 3-BP and the antibacterial and anti-cancer stem cell agent salinomycin. Four weeks later, chest CT scans revealed the total disappearance of the disease.

Dr. Jason Williams, a member of the study team, said, “These two drugs are exceptional on their own, but it’s their combination that’s proving to be instrumental. Salinomycin and 3-BP work together to disable the cancer cell’s energy production and reduce the proportion of cancer stem cells.

“Our initial work with human subjects has been more successful than we could have imagined.”

Treatment with 3-BP is available

3-BP is not approved by the FDA, and Dr. Ko does not recommend treatment from a ‘non-certified’ facility. To us old hands in alternative cancer treatment, this is no cause for alarm.

Use of 3-BP in human patients is limited. While it should work on all tumors that exhibit the Warburg Effect (these will light up on PET scans), much is yet to be determined regarding dosage, timing and combination with other drugs or treatments.

The concept has not been tested, but in theory 3-BP should work better with a ketogenic diet that greatly limits carbohydrates – a dietary strategy for starving cancer cells that can only metabolize carbohydrates.

There are many unanswered questions, but nevertheless some German clinics offer this treatment. It is also available at the Dayspring Cancer Clinic in Scottsdale, Arizona, and at Cancer Immunotherapy Centers in Toronto, Canada.