How Your Christmas Tree Can Help You Fight Cancer - Cancer Defeated 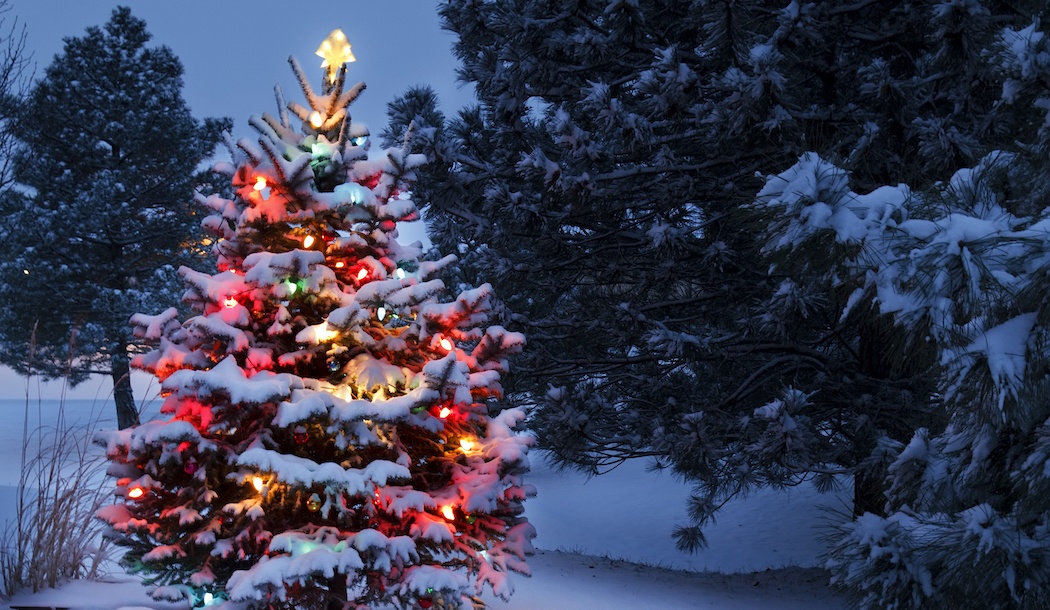 With the festive season upon us, around 25 to 30 million live Christmas trees will be sold in the U.S., with pines – especially the Scotch pine – being one of the most popular varieties.

Apart from its symbolic and decorative value, pine trees give us another gift: Their needles have many health attributes. In fact, pine needles can help patients with rheumatism, bronchitis, heart disease, liver disease, and even cancer.

There are about 115 species of pine found around the world, and these belong to a wider family of cone-bearing plants or conifers, almost all of which have needles. Some of these needles Native Americans brewed into wellness teas to treat coughs and colds, aches, pains, and sore muscles—a tradition that’s lasted hundreds of years.

Native people also introduced European explorers and settlers to pine needle tea in the sixteenth century as a way of combating scurvy. They wouldn’t have been aware back then that pine needle tea’s curative properties were thanks to a very high level of vitamin C.

Pine needles have also been used for centuries in traditional Chinese and Korean medicine. In Switzerland, mattresses filled with pine needles were used to treat people’s rheumatic ailments while they slept.

Modern science has also found reasons to make important use of pine needles, or at least the chemicals they contain.

Active against parasites, viruses and more

The key ingredient in the popular anti-viral drug Tamiflu, used to treat influenza A and B, is called shikimic acid. This chemical is found in pine needles, as well as wormwood (Artemisia absinthium), star anise and coconut water.

Trials are currently taking place to see if Tamiflu can treat COVID-19. Shikimic acid has also been shown to halt blood clots.

Pine needles also contain suramin, an antiparasitic medication that’s been used for over a hundred years to treat African sleeping sickness and river blindness. In addition, suramin puts the breaks on a wide variety of viruses, including Zika and Chikungunya viruses, and shows promise as a treatment for COVID-19.

Positive effects on the immune system

Although pine needles have not been extensively studied, preliminary lab research suggests they offer protection for the brain and boost memory, has anti-inflammatory and antioxidant effects, reduce symptoms of depression, lower blood pressure, and may have a role in weight loss.

Christiane Northrup, M.D., bestselling author, board-certified obstetrician-gynecologist, and a leading authority in the field of women’s health, has a high regard for pine needles.

She writes that “pine needle tea is known to enhance the immune system, act as an antitussive [cough suppressant] and expectorant [mucus expellant] for lung and sinus symptoms related to coughs, colds and flu, and act as an antiviral, antimicrobial, anti-inflammatory, antitumor and anti-mutagenic agent for many other conditions.”

The Chinese team extracted the flavonoids from the needles of a pine species called Cedrus deodara to test their anti-cancer effects on tumor cell lines.

After purifying and extracting all the flavonoids from the pine needles they found that even at low doses these flavonoids inhibited the proliferation of human liver (HepG2) carcinoma cells.

They “provided evidence for the first time,” they wrote, “that the total flavonoids exerted a potent inhibitory effect on the tumor growth.”

The needle extracts were most effective against liver cancer but also worked to a lesser extent on human cervical, gastric, glioma (brain) and lung cancer cells.

In previous work the scientists extracted nineteen flavonoids from Cedrus deodara. Four of these were major components of pine needles and were classified as flavonols, one of six major categories of flavonoids that share similar molecular structures. These were myricetin, quercetin, kaempferol, and isorhamnetin. Each of these has many anti-cancer properties.

A powerful quartet of cancer-fighting flavonols

A recent review described myricetin as having “great therapeutic potential” against cancer and other diseases.

Kaempferol-rich food has been linked to a decrease in the risk of developing some types of cancers, including skin, liver, and colon, and, like myricetin, has wide-ranging anti-cancer properties.

Quercetin is the most well-known of this group and has been shown in the lab to block the growth of a broad range of cancers such as breast, lung, nasopharyngeal, kidney, colorectal, prostate, pancreatic, as well as ovarian cancers.

In other research, scientists injected mice with sarcoma cells, and rats with mammary carcinogens. They supplemented their diets with freeze-dried pine needle powder. As a result, the animals experienced a reduction in tumor growth.

The researchers concluded that their findings “demonstrate that pine needles exhibit strong antioxidant, antimutagenic, and antiproliferative effects on cancer cells and also antitumor effects in vivo [in the body] and point to their potential usefulness in cancer prevention.”

Scientists have also looked at properties of essential oil extracted from pine needles. A group from China found the oil inhibits growth and induces apoptosis (death) in HepG2 cells.

Meanwhile, Korean researchers explored essential oil extracted from Pinus densiflora on human oral cancer, or oral squamous cell carcinoma. Their results showed that the oil “strongly inhibited proliferation and survival and induced apoptosis,” and suggested that the essential oil from P. densiflora has potential as an anticancer agent.

While there is a vaccine to prevent the spread of human papilloma virus (HPV), there are currently no FDA-approved antiviral drugs to treat HPV infection—and millions around the world are already infected. This led researchers to explore whether pine needle extract was effective against HPV.

Their study, published a year ago, first tested PNE in a Petri dish. The research team found it was effective at preventing HPV infection. Then, they administered it topically via the vaginal tract in mice and found it “exhibited complete protection against HPV.”

Since pine needles are so widely available and producing PNE could be done at low cost, scientists believe this “provides a better approach” to treat and prevent HPV infection and the cancers it can cause.

Enjoying the benefits of pine needles

For those who want to do their own foraging, beware. The needles of some pines are toxic. The list, which is not exhaustive, includes Ponderosa Pine, Shore Pine, Common Juniper, Monterey Pine, Common Yew, Yew Pine and Norfolk Island Pine. If in doubt, use a National Audubon Society Field Guide, a plant identification app, or get expert advice.

The safer and easier option is to buy pine needle tea from a store or online. The needles are usually derived from White Pine or Scotch Pine. However, the tea is not recommended in pregnancy, for those planning to become pregnant, or in nursing mothers. Anyone with kidney disease should get advice from a healthcare practitioner because the tea could cause irritation. Pine needles are also available as essential oils and tinctures.