"Managing" diabetes with medications can be hazardous - Cancer Defeated

“Managing” diabetes with medications can be hazardous 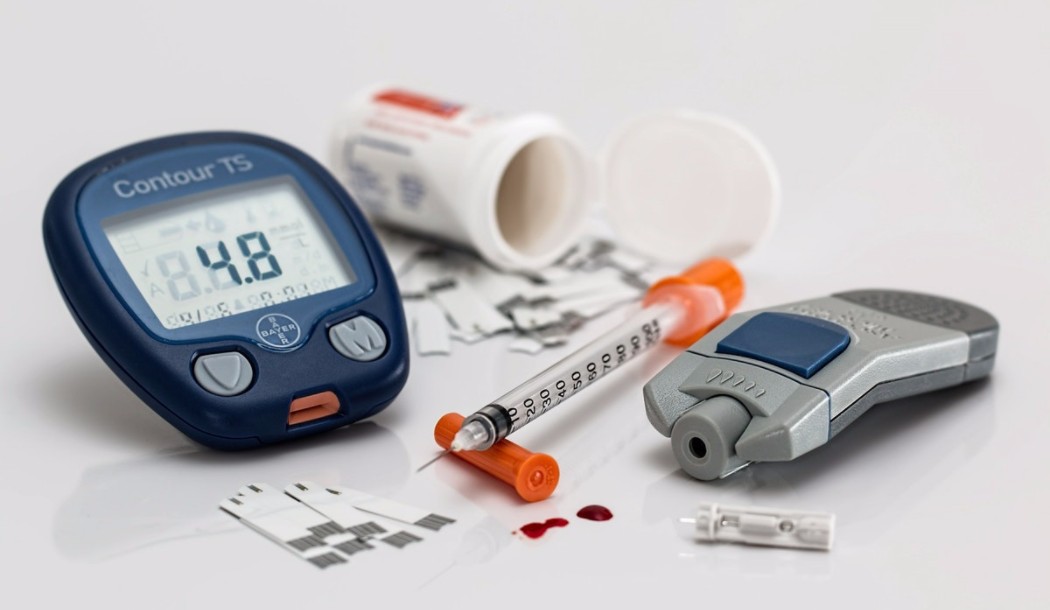 Hearing your doctor tell you you’ve got diabetes probably isn’t one of your worst nightmares. There are hundreds of diseases that kill faster and with greater certainty. Many people think diabetes is just a manageable nuisance, thanks to medications. And, indeed, people do live with it for years and years.

Nearly one in ten Americans has been diagnosed with some form of diabetes, and that doesn’t count the many people who have it but don’t know. Yet.1

It’s not necessarily a death sentence in itself, at least in the short term, but it’s been linked to a slew of other health issues. For starters, those who have it are at higher risk of heart attack and stroke, vision loss, kidney failure, and nerve damage… but the list of dangers doesn’t end there.2

Diabetes usually kills by one of these indirect routes. Heart attack is the most common killer for diabetes patients. People may think those folks didn’t die of diabetes – but the truth is, they did.

Cancer is another one of those “indirect routes” by which diabetes kills. Read on for the rest of the story.

Diabetes, especially type 2 diabetes, puts you at significantly higher risk for many cancers.

A study of hundreds of thousands of diabetics in Australia showed a high correlation between type 2 Diabetes and cancer.3

It doubles your risk of liver, pancreas, and endometrial cancers. It also increases your chances of developing colorectal, breast, blood, or bladder cancer.4

While the type 1 diabetes correlation has not been studied as thoroughly, it’s linked to an increased risk of stomach and cervical cancer.5 But type 2 diabetes – adult onset diabetes – is more common by far, and in that case the link to cancer is not in doubt.

What’s more, a person with diabetes is more likely to die from cancer once they get it, compared to cancer patients who don’t have diabetes.

About that lie you’ve heard for 40 years

Forty years ago, an animal study funded by the sugar industry found evidence linking sugar to both heart disease and bladder cancer. But because the study showed unfavorable effects from sugar, it was buried.

These documents showed how the sugar industry systematically misled the public – and public health officials – about the dangers of sugar.

At the time, the U.S. Food and Drug Administration was considering taking a hard line on high-sugar foods. Had those results been made public, sugar would’ve gotten a bad rap, and likely FDA restrictions.

Researchers in England conducted “Project 259” from 1967 and 1971. They compared how lab rats responded when fed table sugar versus starch – specifically how gut bacteria processed one versus the other.6

But the sugar industry pulled the plug on the study. And then borrowed a page from the tobacco industry’s playbook to methodically suppress the truth about sugar.

Sugar – let me stress – is not the only cause of diabetes. All carbohydrates are converted by the digestive system into blood glucose i.e. sugar, and Americans eat stupefying amounts of carbs. But sugar is the worst offender. Consumption of sugar is at least 100 pounds per person per year, and estimates run as high as 150 pounds.

Why does diabetes raise your risk of cancer?

Scientists aren’t certain what creates the link between the two diseases. But they have several theories based on what we know about each.

According to Carolyn Lammersfeld, V.P. of Integrative Medicine at Cancer Treatment Centers of America, “Both diabetes and cancer are thought to have an inflammatory cause at the cellular level. Uncontrolled blood sugar can lead to chronic inflammation, which may cause the types of cellular changes that can increase the risk of cancer.”7

Derek LeRoith, M.D., Ph.D., expounded on the idea, stating, “When people gain excess weight, they unlock a cascade of metabolic changes that, over years, can lead to insulin resistance, chronic inflammation, high levels of circulating insulin, and years later – if not reversed or treated – elevated blood glucose levels high enough to diagnose type 2.”8

Cancer and diabetes also have a number of common risk factors, making someone with one also a likely candidate for the other.

For example, “Type 2 diabetes is often preceded by chronically high insulin levels and high blood sugar, fertile conditions for cancer. Insulin is known to fuel cell growth, and cancer cells consume glucose out of proportion to other nutrients.”9

Since cancer feeds off sugar and its byproducts, cancer cells have a high number of insulin receptors to slurp up all the blood glucose (i.e. sugar) they can get… which can turn high insulin into a feast for cancer cells.

Other risk factors common to both diseases include obesity, lack of exercise, poor nutrition, smoking, and advanced age.

The combination of both diseases can be disastrous. For one thing, traditional cancer treatments severely interfere with your ability to control diabetes.

According to Arthur Riggs, Ph.D., “There are forms of chemotherapy that induce insulin resistance, bringing on symptoms of diabetes.”10

A study conducted by Dr. Lorraine Lipscombe found that chemotherapy messes with blood sugar levels, causing them to spike and plummet. Glucocorticoids, prescribed for nausea, also increase insulin resistance and may hasten or even cause diabetes onset.11

Even more frightening… immunotherapy cancer treatments – now hailed as conventional medicine’s great new answer to cancer — can trigger type 1 diabetes, leaving you with an autoimmune disease for the rest of your life.12

How to Regain Control Over Sugar

The same lifestyle changes can prevent you from falling prey to both cancer and diabetes (and dementia, arthritis and other diseases, too).

Eat real food. The Standard American Diet (SAD) isn’t going to cut it if you want optimal health. Eat five to nine servings of vegetables every day, plus moderate amounts of good quality grass-fed or free-range meat, healthy fats, and a small bit of fruit.

Cancer cells feast on sugar, so limit your consumption of anything your body processes as sugar – which includes wheat and oat products (bread and pasta), rice, potatoes, most processed foods, soda, and alcohol.

Go on a 21-day sugar fast. Sugar is decidedly not part of a healthy lifestyle, as much as those from Coca Cola and the sugar industry would have you believe it is.

One of the best things you can do for your health overall, plus your risk of cancer or diabetes, is to banish sugar from your life. Try it for 21 days, and you’ll likely discover you don’t miss it as much as you expected. Read on for how to reduce sugar cravings while you transition.

Boost physical activity. Get active five or six days a week for at least half an hour, whether by walking, weight lifting, playing a sport, or even doing strenuous yard work.

Achieve and maintain a healthy weight. Diabetes and a high BMI (over 25) were the cause of 5.6 percent of new cancer cases, according to The Lancet.13 That adds up to almost 800,000 cases.

Even a small weight loss of four to 15 pounds can help restore blood sugar to more healthy levels and reduce your risk of cancer.14

Being overweight or obese puts you at an increased risk of a large number of diseases, not to mention taking the joy out of life. Take baby steps toward a healthy weight and you’ll see dramatic improvement in your health and quality of life.

Don’t smoke. Smokers are 30 to 40% more likely to develop type 2 diabetes than non-smokers.15 Whatever it takes, quit… both your health and your pocketbook will thank you.

You may be able to control your blood sugar naturally if you have diabetes or are at risk. Here are some popular supplements, well-supported by articles in peer-reviewed journals:

Berberine, used in traditional Chinese medicine, is an herbal compound. “Human and animal research demonstrates that 1500 mg of berberine, taken in three doses of 500 mg each, is equally effective as taking 1500 mg of metformin or 4 mg glibenclamide”.16

Chromium is a mineral everyone needs in small amounts. It’s known to improve blood sugar control for both type 1 and type 2 diabetes. Chromium is found in brewer’s yeast, egg yolks, broccoli, sweet potatoes, grass fed beef, and more. You can also get it in certain multivitamins or as a solo supplement.

Gymnema sylvestre is a woody plant from Africa, Australia, and India. In a study of diabetic participants taking both conventional medication and GS4, an extract from the leaves of gymnema, several participants were able to stop conventional treatment entirely and still keep normal levels of glucose and hemoglobin.17

Another study “found that 65 people with high blood sugar who took Gymnema leaf extract for 90 days all had lower levels.”18 The herb has also been shown to impair your ability to taste sugar, which will help reduce sugar cravings.

Some of these herbal remedies can have quite a dramatic effect on your blood sugar, so you should test your blood sugar regularly to gauge your results and adjust the doses of both your medications and the natural remedies. The best course by far is to use the alternative remedies under the direction of a knowledgeable doctor.

Well, okay, that’s not quite the “best course.” The best course is to manage your blood sugar with proper eating and exercise and more familiar nutrients such as vitamins, minerals and so forth that are known to be safe for daily use. Type 2 diabetes is almost always a disease we inflict on ourselves by bad lifestyle choices, and it can be reversed with good choices. Good luck!