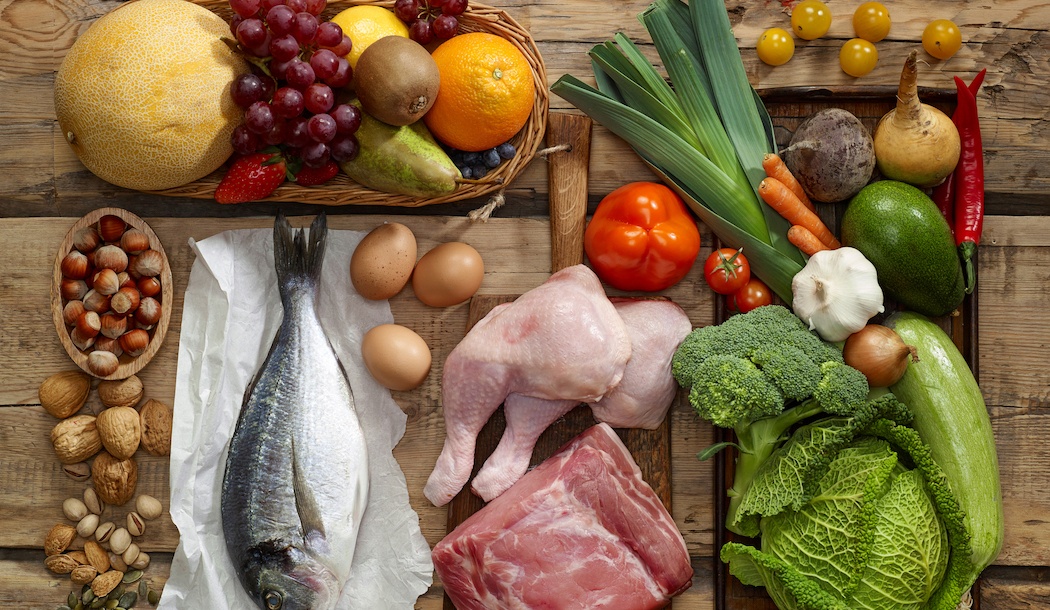 Thanks to a flurry of studies into the link between diet and health, we are learning more and more about how your food choices affect the chances that you may develop cancer.

So, according to the latest research, if you alter your meals accordingly, you have a good chance of lowering the possibility that malignant cells may gain a foothold in your body and try to take your life. Here’s what you need to know…

Among some of the most interesting recent research into diet and the development of cancer are studies into the gut microbiome. By now, it is well-understood that the bacteria that live in our digestive tracts have a lot to do with our health and susceptibility of getting sick with cancer and a host of other illnesses.

Studies show that these microscopic denizens of our bodies have an outsized influence on our cancer risk – especially when it comes to developing digestive cancers like colorectal cancer.

For instance, some of the foods we eat support the growth of beneficial bacteria that help the immune system keep these cancers from appearing. But other foods provide a breeding ground for microbes that amplify the danger that cancer cells may elude the body’s defenses and start sprouting tumors.

When researchers at the University of Cincinnati began investigating why the rate of colorectal cancer was rising so relentlessly among younger people year after year, they focused on how different diets affect the microbes living in our intestines.

The Cincinnati researchers explain that modern techniques for analyzing gut bacteria have made it possible to identify which bacteria now readily are growing in which places in the digestive tract.

When they looked for seven different types of bacteria that are linked to a higher risk for colorectal cancer in more than 1200 younger people (600 who had colorectal cancer and 600 who were cancer-free), they found five of them were particularly widespread – primarily in the people who had cancer.1

These include bacteria whose growth are fueled by a diet high in processed meat, artificially sweetened low-calorie drinks, and liquor, while lacking raw fruits, vegetables, and legumes (beans, lentils, and soy). The researchers refer to this cancer-promoting diet as a “sulfur microbial diet.”

“Bacteria metabolism” is the key

The researchers believe the fact that so many people – especially younger people – in the U.S. are now eating this “sulfur-microbial diet,” may be largely to blame for the increase in colorectal cancer.

“It’s not that what you’re eating has carcinogens in them,” says researcher Jordan Kharofa, M.D. “But the byproducts produced during bacteria metabolism may lead to carcinogenic chemicals. It’s possible that interactions between diet and the microbiome may mediate the formation of colorectal cancer cells and heightened risk in younger populations over the last several decades.”

It will be interesting to see the results of any future studies to see if this dynamic playing out in the gut between bacteria and food affects cancer risk elsewhere in the body, but it’s still early days.

Meanwhile, what should you be eating?

Eating the right foods to control your cancer risk

Over in France, researchers have looked at how eating a preponderance of plant-based foods may lower the chances of cancer.

And their twenty-year study shows that, for cancer prevention, not all plant-based foods are created equal.

According to these researchers, who analyzed the health data and diets of more than 65,000 postmenopausal women (mean age of about 53), their results show that what they call a “healthy” plant-based diet can lower a woman’s risk of breast cancer by 14 percent. In contrast an “unhealthy” plant-based diet was associated with a 20 percent higher risk of cancer.2

Another study, this one in Spain, has investigated how palmitic acid, a fatty acid in palm oil, can increase the chances that after cancer develops in one organ it may metastasize and spread to other parts of the body.

Although they emphasize that, so far, their research is not definitive, what they have revealed is cause for concern.

Their investigation, on animals, shows that not only does palmitic acid in the diet contribute to metastasis but it makes long term epigenetic (genetic) changes to the genome of cancer cells that make them more prone to spreading even after palmitic acid is removed from the diet.

The researchers explain that the tumor cancer cells that are most likely to spread possess the capacity to affect the body’s nervous system – and palmitic acid supports the dangerous strength of this ability.

The neural network that consequently forms around the tumor makes changes in the body’s internal environment that the cancer cells use to their advantage to speed up their reproduction and capacity for dispersing around the body.

As if that weren’t frightening enough, researchers in Norway have found that palmitic acid is an important player in the physiological processes that make people who are obese more prone to cancer. This lab work suggests that palmitic acid revs up the tendency for cells to become cancerous when you are greatly overweight. (These changes are less likely if your weight is lower.)4

Added to its troubling potential to increase cancer risk, research in Asia also suggests that palmitic acid helps to promote changes in blood vessels that increase the chances for heart disease.5 That, too, could be especially problematic for people who are overweight.

Of course, there are no 100 percent guarantees that you’ll be able to ward off cancer forever. But giving yourself the best shot at dodging this dreaded illness makes a lot of sense. Especially when you can do so easily, by choosing a healthier diet.

The conclusions reached in the new studies we’ve outlined fit right in with much of what we already know about healthy eating. So, next time you plan a meal, make sure you choose foods in as close to their natural state as possible—avoid processed foods—and focus on lean meats, healthy fats and lots of fresh vegetables, fruit and whole grains.