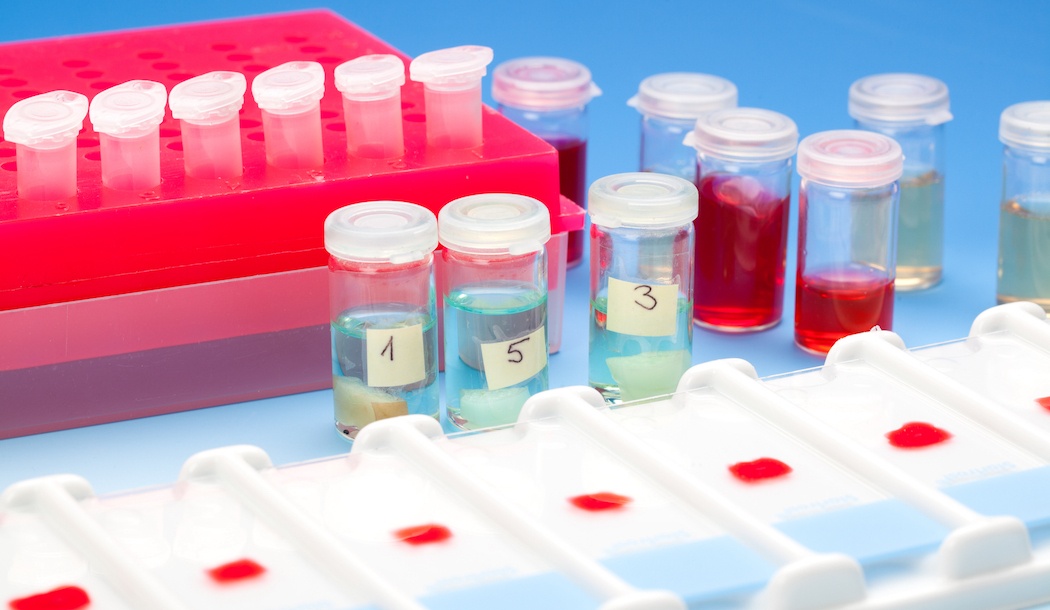 Cancer researchers in the United Kingdom are anticipating the start of a new clinical trial of a blood test that can detect more than 50 tumor types at a very early stage.

The test, called Galleri, is a new type of liquid biopsy that, if successful, could make it easier than ever before to diagnose cancers early.

“Liquid biopsies” are types of blood tests that detect genetic mutations or other kinds of changes in DNA that are linked to cancer.

The clinical potential of liquid biopsies has been known by researchers for years, but there are many challenges to overcome before they can be turned into a standard clinical tool.

The Galleri test, on the other hand, takes liquid biopsy to a whole new level.

These are chemical units that can attach to DNA – a process called methylation – to influence whether genes are turned “on” or “off”, or whether they become active or inactive.

Galleri zeroes in on parts of the genome where abnormal methylation patterns are detected. These indicate even better than mutations, say researchers, both the presence of cancer and cancer type.

The first clinical trial, published in 2019, was conducted by a team of researchers from the U.S. and the U.K., including, among others, scientists from Harvard, the Dana-Farber Cancer Institute in Boston, University College London and the Francis Crick Institute, London.

The study enrolled 1,503 patients diagnosed with more than 20 types of cancer and another 2,053 adults without the disease. The scientists drew blood samples and analyzed them for cell-free DNA, the type of DNA that’s shed from cells and into the bloodstream once the cells have died.

The research team found that the test had an incredible overall specificity rate of 99.4 percent. This means a false positive — indicating that cancer was present when it actually wasn’t — occured in only 0.6 percent of cancer-free people.

Among the patients who tested positive for cancer, the test had a sensitivity of 76 percent, meaning it worked for almost eight out of ten patients. The test was more sensitive the more advanced the cancer.

“The results of the new study demonstrate that such assays are a feasible way of screening people for cancer.”

Results confirmed in a larger study

A larger follow-up study published last year involved 2,482 people with more than 50 types of cancer and 4,207 without cancer.

The overall specificity was almost the same as in the previous study at 99.3 percent.

When cancer was detected, the test correctly identified the organ or tissue where the cancer originated in more than 90 percent of cases.

Dr. Oxnard added to his comment from the previous year saying, “Our results show that this approach to testing cell-free DNA in blood can detect a broad range of cancer types at virtually any stage of the disease, with specificity and sensitivity approaching the level needed for population-level screening.”

U.K. health authorities were impressed enough with these findings to form a partnership with GRAIL, the medical bio-tech company based in California that created the Galleri test.

U.K. Health Secretary Matt Hancock described the test as “exciting” and “ground-breaking”, saying that it will “give more people the very best chance of survival.”

The Chair of the National Health Service England, Lord David Prior, said Galleri “offers the chance for a wide range of cancers to be diagnosed much earlier and could fundamentally change the outlook of people with cancer.”

A pilot study will start this year in the U.K. It will include 140,000 people aged 50 to 79 who are symptom-free. Each one will undergo an annual blood test for three years. Another 25,000 with symptoms that could indicate cancer will also be tested. If the test is successful, the Galleri test will be rolled out to millions of people across the U.K. as soon as is feasible.

As for the U.S., scientists say the Galleri test could be available as early as next year.

Experts who are upbeat

Professor David Cunningham, Consultant Medical Oncologist and Director of Clinical Research at The Royal Marsden Cancer Hospital, said, “This exciting program could quite literally be a game-changer for detecting cancer at an earlier stage, where treatment is less invasive and more likely to be successful.”

Lawrence Young, Professor of Molecular Oncology at the University of Warwick, is particularly excited that the Galleri test can detect cancers that are currently not detected early because of a lack of effective screening tools, such as cancers of the lung, liver, ovary and pancreas.

Dr. Mangesh Thorat, of the Centre for Cancer Prevention at Queen Mary University, agreed a major strength of the test is that it has good sensitivity in certain high mortality cancers, such as pancreatic and esophageal, where there is no good early detection test. Another strength is that the Galleri test can pinpoint location in a very high proportion of cancers.

What’s more, Prof. Duffy hopes to discover whether early detection actually translates into a reduction in deaths from cancer but realizes that this type of investigation will require a very long follow up beyond the upcoming trial.

One expert who was not upbeat about the Galleri test’s potential was Paul Pharoah, Professor of Cancer Epidemiology at the University of Cambridge.

“The Galleri blood test is a test that might be able to detect cancer in the blood in individuals with early cancer, though the evidence that it does this effectively is weak,” says Prof. Pharoah.

“The only published paper I could find reporting on the validity of this test for detecting 50 cancers included just 654 cancers of which only 185 were the very early-stage cancers that an early detection test needs to detect in order to be effective.

“This level of performance is completely inadequate for a screening test.”

I tend to agree with Prof. Pharoah, although I think the term “completely inadequate” overstates the case. The effectiveness of the test in finding early stage (stage 1) cancers is underwhelming. Once cancers are at stage 2 and later, the test appears to be very good, but a patient’s chance of survival has already declined significantly by stage 2 and plunges in stages 3 and 4. This could limit the usefulness of the test in saving lives.

Concerns like this are no doubt why the U.K.’s National Health Service is further testing the Galleri before making the test available to doctors.

It’s safe to say that every doctor—both conventional and alternative—understands the importance of early detection for any cancer. Whether the Galleri test will be the answer doctors have been searching for to achieve better early diagnosis remains to be seen, but it’s without a doubt a step in the right direction.