One of the Most Dangerous Places in America – Avoid if Possible 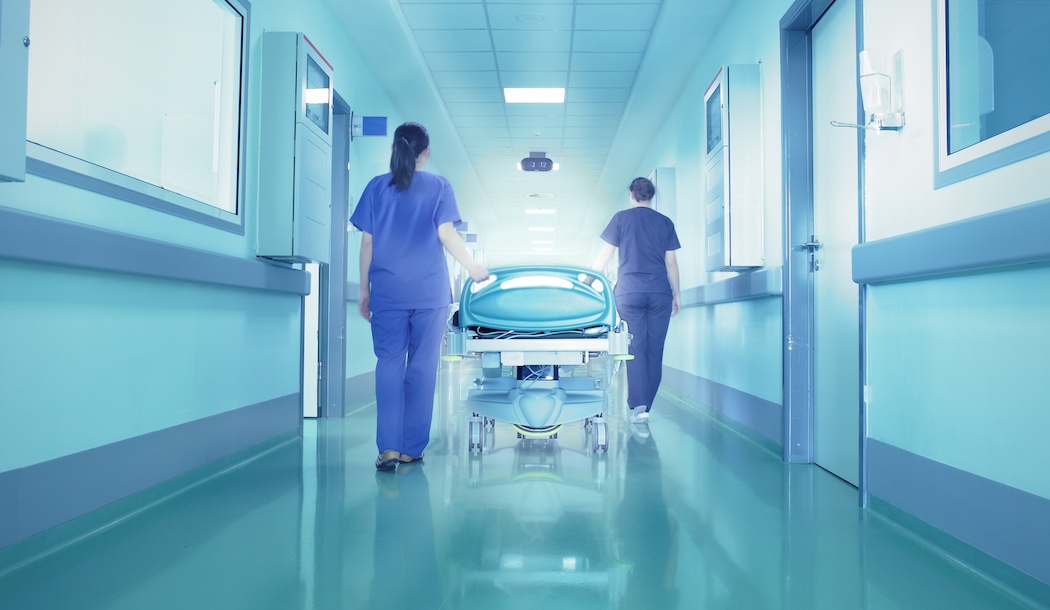 The most dangerous place you could visit this year doesn’t look all that scary.

Yet most people have no idea how great a risk they take when they check in. The numbers of deaths and injuries are staggering.

So reading this could save your life – or the life of a loved one. . .

You probably think hospitals are places that save lives. But statistics tell a different story. Millions of patients leave in far worse shape than they arrive.1

Each year, preventable medical errors kill about 440,000 patients – more than ten times the number caused by car wrecks.2 No one knows the exact number, because errors are under-reported, or simply not connected to the event that caused them.

Don’t believe everything you read on death certificates. . .

Despite the difficulty of gathering stats, 440,000 is widely regarded an accurate estimate. That makes medical errors the third leading cause of death in the U.S., after heart disease and cancer.3

The late Dr. Barbara Starfield published a scathing indictment of doctor-induced deaths in the Journal of the American Medical Association. In a tragic irony, she then became a statistic herself. Her husband attributes her sudden death in 2011 to adverse effects of medications.

Her death certificate says nothing of this. In published mortality statistics, the “cause of death” is the condition that led the patient to seek medical treatment in the first place. Medical mistakes are NOT identified as possible causes or contributing factors.

For readers of this newsletter, the most relevant example is chemotherapy, which accelerates or outright causes a great many deaths that are always attributed to cancer. And of course, chemo is not considered a “medical mistake.” It’s considered “the standard of care.”

As for conventional mistakes, they remain a hidden problem. In part due to underreporting, and in part to the small-g god complex that rules in clinics and hospitals.

Speaking of the god complex, we’re so used to respecting medicine and doctors that suggestions such as “more people live off cancer than die from it” are blown off.

Nonetheless, few who know the history of modern medicine are proud of its “achievements.” For decades, even the suggestion of basic hygiene during surgery was soundly ridiculed. Today, physicians routinely fail to wash hands between patients.

If modern medicine was based on prevention and the engineering adage, “If it ain’t broke, don’t fix it,” the corporate medical model for treating chronic illnesses – the “diseases of aging” — would collapse from non-use.

And our medical costs would be 10 to 100 times lower, according to the authors of Hospitals and Health: Your Orthomolecular Guide to a Shorter, Safer Hospital Stay.

The two medical conditions I know most about – cancer and dementia – could without the slightest doubt be treated more effectively for a fraction of what our medical system spends. The never-ending fiscal crisis of health care would go “poof” within twelve months and the nation would have abundant resources to rebuild infrastructure, improve education, modernize the military and do everything else on the public wish list.

Good medicine is not good for business

Consider the case of Dr. Robert Mendelsohn, who reveals what happened when he controlled hospital admissions within his unit. He intentionally slashed patient levels from 24 beds to just three or four.4

He soon discovered his patients were more essential than he was. Nurses and doctors need patients to have a job, medical students need them to learn their trade, and hospitals need them in order to exist.

Patients themselves tend to be passive and simply follow doctors’ orders for hospitalization, causing an acute conflict of interest on the part of medical professionals. Their goal is supposed to be to get patients healthy. Yet without patients who aren’t healthy, they don’t have jobs.

I’ve often quoted the medical joke that dermatology is the perfect specialty because the patients never get well, and they never die.

The medical profession pretty much polices itself – presumably because only doctors have the necessary expertise. But the goal of this “self-government” may actually be to protect the profession from harm. Instead of “Do no harm,” it’s “Protect us from harm.”

It’s like a medieval European guild… supporting members by keeping secrets and withholding profitable information from outsiders. And, of course, do your darndest to put alternative practitioners out of business.

Secrecy is rife in hospitals and medicine, and easily used to cover up staff incompetence.5

Most medical errors arise from human error. We all make mistakes. Except in medicine, the outcomes can be deadly.

When an airplane crashes, the media analyzes it for days. Medicine kills at least as many people as a major plane crash does – every day. Yet medical deaths are rarely reported.

If a plane fell out of the sky every day, suffice it to say that no one would consider traveling by air.

Medicine’s primary defense is that it does more good than harm. And that’s very true for trauma cases. I’ve always said that if I were in an accident or suffered a gunshot wound, I would head for the ER like everyone else.

But most people aren’t in a hospital for critical trauma injuries.

If you schedule an elective or nonemergency procedure, avoid “teaching hospitals” during the summer. New residents start training on July 1st.

In June, senior residents are packing their bags to hit the road, find a job, and pay down their six-figure debt. In July, new med school grads show up without a clue what they’re doing.

Not to mention that many senior doctors take summer vacations, so senior residents run the show.

Fortunately, that problem is temporary. Unfortunately, glaring issues remain even after the newbies have learned a couple of things and the senior staff have returned from the beach.

Use medical hierarchy to YOUR advantage

In hospitals. surgeons and other doctors rank supreme, followed by nurses of various levels.

Where are patients and their relatives, you might ask? Right smack at the bottom! Which is a menace to your health.

The authors of Hospitals and Health suggest that you insist they call you by your formal name, just as doctors do… as in “Mr. Smith” or “Ms. Jones.” It’s a good way to command respect and level the playing field.

If staff or doctors insist on using your first name, ask to use theirs too!

Don’t let staff assume authority over you. It’s a matter of safety, not arrogance. A surprising number of intelligent people defer to those they view as authorities – especially when they’re sick, desperate, or distressed.

Nurses, too, tend to jump when the doctor says jump. In one study, nurses received a phone call from a so-called doctor who was “running late.” The “doctor” asked them to give too much of a phony drug to a patient, and shockingly, many of the nurses were willing to administer the overdose.6

So if you’re incapacitated or you’re not in the best condition to look out for yourself, it’s a good idea to have an advocate with you 24/7, someone to ask questions and run interference for you.

And as noted above, doctors still show disregard for hand washing,

Here’s how to lower your risk…

Do you really need that procedure?

In an ideal world, your interests align perfectly with your doctor’s. In reality, there may be multiple points of conflict – financial incentives, peer pressure, and restrictions that require use of “best practices” (often ruling out alternative therapies).

A doctor is pretty safe from malpractice suits if he or she uses best practices or standard of care.  If they try anything else, they’re at risk.

All invasive procedures bring risks of blood clots — deep vein thrombosis (DVT), to use the medical term. Ironically, doctors are quick to warn airline passengers about this, yet don’t mention it to surgery patients.

You could be immobilized on a hospital bed far longer than on a trans ocean flight. Without preventive measures, one in three surgical patients develop blood clots, which kills five times more patients than infections do… through lack of basic care.

How to protect yourself:

Leave by the front door…

You want to leave the hospital on foot through the front door, not in a box through the basement door.

More tips to ensure your safety:

“He that takes medicine and neglects diet
wastes the skills of the physician.”
– Chinese Proverb