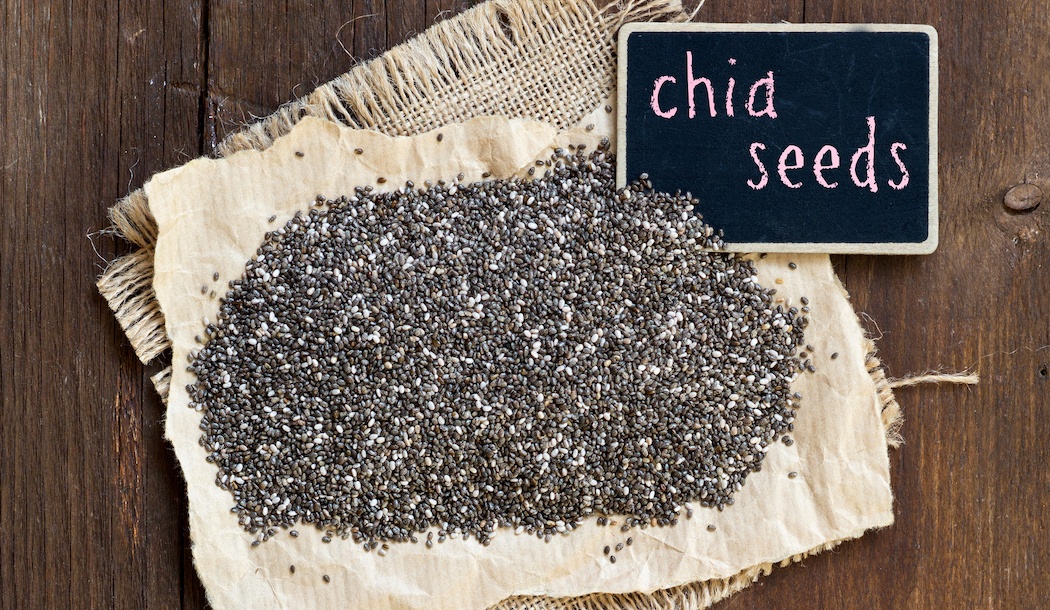 Remember the chia pet craze back in the 1980s? They were the clay figures sold as a base for chia seeds. Once watered, the seeds would sprout and cover the clay figure with “fur.” It was basically a house plant with a catchy jingle (remember it? Ch-ch-ch-chia!).

Four decades later, the chia seed has made a comeback. But instead of a novelty plant, it’s become a popular health food—no doubt you’ve seen chia seed products promoted on grocery store shelves.

And the popularity of chia seeds is only growing, largely because of health benefits we’re just beginning to identify. It seems chia seeds can help decrease your risk for diabetes, heart disease, and even cancer. Here’s the story. . .

Chia seeds come from the annual herb plant salvia hispanica, which is a flowering plant from the mint family. The plants have a long history of use as medicinal herbs, most notably by the Aztec culture that dominated Mexico before the arrival of Europeans. This means chia seeds have been used for more than 600 years.

The seeds themselves are rich in one of the omega-3 oils, alpha-linolenic acid, as well as antioxidants, dietary fiber, and zinc—but with minimal calories. They’re also incredibly high in protein, but without the high-fat content that comes from animal sources of protein.

The seeds have an appearance that’s a blend of brown, gray, black, and white on the surface, and when soaked in water they become gel-like. That’s what gives foods made with chia seed such a distinctive texture.

The reason chia seeds turn into a gooey gel is that they can absorb up to 12 times their weight in liquid. As Dr. Bob Arnot, author of The Aztec Diet, says, this has a “lap band” effect that fills your stomach and helps you feel satisfied so you’re less likely to overeat.

It’s the omega-3 and omega-6 fatty acids in chia seeds that help lower your risk of heart disease and play a role in cancer prevention. The seeds are believed to have a normalizing effect on insulin resistance, which is why they can help prevent Type-2 diabetes.

One animal study on chia’s cancer-fighting benefits appeared in the journal Prostaglandins, Leukotrienes and Essential Fatty Acids, the official journal of the International Society for the Study of Fatty Acids and Lipids.

The researchers found the oil of chia seeds could potentially reduce tumor growth and metastasis in the breast. It does this by preventing mitosis, or the replication of cancer cells.

Another anti-cancer benefit of chia seeds is the fact that they have lignans. Plant lignans, which are classified as phytoestrogens, are believed to help reduce the risk of hormone-related cancers.

There’s more: A study published in the Journal of Molecular Biochemistry showed alpha-linolenic acid could induce apoptosis (cell death) in cervical cancer and breast cancer cells, and that it can do this without damaging normal, healthy cells.

Easy to add to your daily diet

In general, chia seeds are considered a dietary supplement, and as a result they’re pretty lightly regulated by the USDA. So, it’s possible that omega 3 levels vary between brands. Regardless, you can buy chia seeds in bulk from just about any health food store. From there, add them to smoothies and yogurt, or sprinkle them over your breakfast cereal, salad, soups, or entrées. You can even make chia pudding or bake them right into dishes like meatloaf.

You can read more about the chia diet from Dr. Bob Arnot’s book. He writes about “chia power” and calls it the “superfood that gets you skinny and keeps you healthy.” He recommends replacing breakfast with a chia shake – a blend of chia seeds, kale, Greek yogurt, frozen blueberries, and a little honey.

There’s one caution, however: never eat the seeds from a chia pet, if you happen to have one lying around. Unlike chia seeds sold as food, the decorative ones aren’t cleaned and aren’t subject to the same regulatory process.

And if you’re on blood-thinning medications, ask your doctor before eating large quantities of chia seeds. Because of their high omega-3 fatty acid levels, they can potentially increase the effects of blood thinners.

Another thing to be aware of is that the alpha linolenic acid (ALA) in both chia and flax seed appears to be of less value than the EPA and DHA omega 3 oils found in fish oils or krill. You see, ALA is not actually an oil your body needs. It’s of value because the body converts it into EPA and DHA which the body DOES need – and apparently the conversion process is none too efficient. It takes a great deal of ALA to produce small amounts of EPA and DHA.

Animal-sourced fish and krill oils, on the other hand, are already rich in EPA and DHA that does not have to be converted and can be directly utilized by the body. You just need to be careful to purchase fish oils that are free of mercury (krill does not have this problem). It seems everything about oils is controversial and sometimes it’s hard to get to the bottom of things.