You achieved the following result: 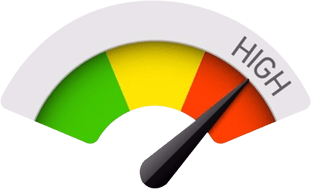 An email with your Special Report is on the way.
Please allow 5 minutes for delivery. While you wait…
Read the bonus article below.

Are Your Emotions Making You Sick?

Healing your mind and emotions requires a committed effort on your part. It may also require, at least in the beginning, the help of a trained counselor or health care practitioner in the field of mind/body medicine.

If you feel that you require such help based on your responses to these questions, don’t hesitate to seek it out.

Healing your emotional pain is as important before a disease diagnosis as it is afterward… because there’s compelling evidence that emotional pain can lead to physical disease.

If you find yourself unable to cope with your emotions, then therapy or a support group are good ideas. If you’re having suicidal thoughts, get yourself to a medical professional at once. Your regular doctor can refer you to an appropriate therapist if you don’t know one.

As for “home treatments,” when you find yourself angry, negative, hopeless and not prioritizing your own wellbeing, here are some techniques that can aid you to restore your balance, peace and wellbeing – compliments of Dr. Deepak Chopra.

A German doctor, Geerd Hamer, is probably the most famous advocate of dealing with the emotional side of terrible diseases, like cancer. His approach is called New German Medicine. He believes ALL cancer happens because of a profoundly traumatic emotional event in the patient’s life – a death in the family, divorce, loss of a job – and it’s essential to face this sorrow and learn to live with it.

I don’t agree with the idea that emotional distress is the sole cause of cancer and other terrible diseases, but I do believe it plays a big role, and most alternative and integrative cancer doctors address emotional healing as part of their protocol.

As I mentioned before, professional counseling can be helpful, as can certain other forms of “talk therapy,” such as cognitive therapy. However, avoid counselors and psychiatrists who solely focus on treating emotional issues with drugs. Not only does this approach fail to address the deeper underlying issues that are causing your emotional problems, but it’s also highly toxic and can cause a host of serious side effects, including liver and kidney damage, impaired brain functioning, and even violent acts, including suicide.

Happiness happens by choice, not by chance. So what are some of the choices that form a foundation for happiness?

First of all, build a strong foundation for happiness by nourishing yourself with healthy, nutritious food, getting regular physical activity, and getting enough sleep. In many cases of mental and emotional difficulty, physical factors such as food allergies, poor diet, and nutritional deficiencies also play a major role. Neglecting any of these is a recipe for sadness, depression and declining health.

A health professional should screen the individual for these and other physical factors whenever emotional or mental difficulties become long­ term, as well as for all cases of cancer and other diseases.

It turns out, emotions and cancer are far more linked than you believe. Your emotional state affects your health before, during and after a diagnosis. Taking these steps even in the face of bad medical news can help your healing process. And help make sure you avoid the emotional pain that can wreak havoc on your health in the shorter term too.

If preventing or treating cancer is important to you we have an important message for you on the Next Page, plus a way to get free access to more than 350 Alternative Cancer Treatments.​