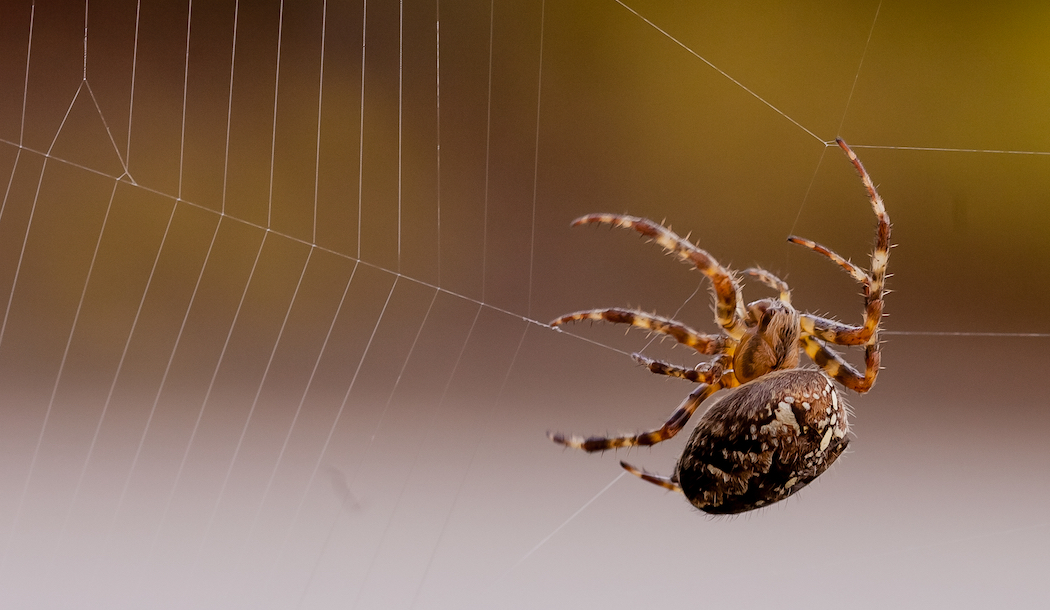 A lot of people don’t like spiders. The little critters often inspire irrational fear and loathing even though most spiders won’t and can’t hurt humans.

However, for the researchers studying ways to defend against cancer, these arachnids inspire sincere admiration. Because spiders’ production of natural chemicals has opened the door to develop innovative ways to help the body stay safe from cancer.

Spiders are considered the most successful venomous animals – and probably the most numerous – on the face of the earth.1

Added to that, when it comes to making compounds that can potentially be used to aid human health, they’re like small, web-spinning pharmaceutical factories. According to researchers in Australia, their venom contains more than ten million bioactive peptides that may be developed into therapies to treat cardiovascular problems, chronic pain, inflammation and even cancer. (Peptides are combinations of amino acids that can be used to make proteins.)

Even spider webs are a source of promising natural compounds that can fight cancer. For example, collaborative study involving researchers in Sweden and Singapore shows that the silk that spiders make for their webs contains a protein that, when linked to a protein made by our cells, is effective at killing cancer cells.

The protein that our cells make is called p53. This protein plays a vital role in the body’s resistance to cancer. It helps cells prevent genetic mutations that may lead to cancer and defends against their malignant effects.

If a cell runs low on functional p53, it often becomes cancerous and starts to divide rapidly and uncontrollably. That’s why researchers in many countries are working on cancer therapies that involve p53.

“The problem is that cells only make small amounts of p53 and then quickly break it down as it is a very large and disordered protein,” says researcher Michael Landreh, PhD, who is with the Department of Microbiology, Tumor and Cell Biology at Karolinska Institute in Sweden. “We’ve been inspired by how nature creates stable proteins and have used spider silk protein to stabilize p53. Spider silk consists of long chains of highly stable proteins and is one of nature’s strongest polymers.”

Prof. Landreh and his colleagues found that when they attached the spider silk protein to the human p53 protein and then introduced it into human cells, the cells began to manufacture this unique form of p53 protein in large amounts.

The new protein that was created is longer lasting than the p53 that cells usually make and it eliminates cancer cells.2

“Creating a more stable variant of p53 in cells is a promising approach to cancer therapy, and now we have a tool for this that’s worth exploring,” says Sir David Lane, PhD, at Karolinska Institute (who was one of the original scientists who discovered p53 in 1970). “We eventually hope to develop an mRNA-based cancer vaccine, but before we do, we need to know how the protein is handled in the cells and if large amounts of it can be toxic.”

In other cancer research, scientists have been using the venom from scorpions – close relatives of spiders – to isolate peptides that can both cross the blood-brain barrier and help anti-cancer therapies latch on more effectively to brain cancer cells and eliminate them.

Studies at the Peptides and Proteins Lab at the Institute for Research in Biomedicine in Barcelona, Spain, have used chlorotoxin, a peptide found in scorpion venom, to develop carriers that can transport anti-cancer drugs across the blood-brain barrier.

The blood-brain barrier is the body’s way of keeping toxins out of brain tissue to prevent problematic substances from traveling from the bloodstream into the brain. However, as researcher Ernest Giralt, PhD, points out: “About 98 percent of drugs that could have therapeutic applications cannot be used because they cannot cross this barrier.”

Dr. Giralt’s work now shows that chlorotoxin can be used to get drugs through that obstacle.

And along with this ability to take anti-cancer drugs into the brain, researchers at City of Hope in Duarte, California, are using chlorotoxin in anti-cancer immunotherapy to create T-cells (specialized immune cells) that go after brain tumor cells.

In these treatments – now undergoing clinical trials – the scientists use chlorotoxin originally isolated from the death stalker scorpion venom (which lives in the deserts of the Middle East) to target glioblastoma – the most common type of brain cancer. It is also one of the most deadly cancers.

“Much like a scorpion uses toxin components of its venom to target and kill its prey, we’re using chlorotoxin to direct the T-cells to target the tumor cells with the added advantage that the CLTX-CAR T-cells (the specialized anti-cancer immune cells) are mobile and actively surveilling the brain looking for appropriate targets,” says researcher Michael Barish, PhD.3

In other research, scientists are analyzing how spider-made compounds can be used to:

As I mentioned before, there are estimated to be more than ten million bioactive peptides in spider venom. Consequently, these studies into their potential uses have only scratched the surface of what they may be able to do.

So, the next time you see a spider maybe you should resist the urge to panic and kill it. That small creature is carrying around a collection of remarkable natural compounds – many of which may prove to be life-savers for you and me.