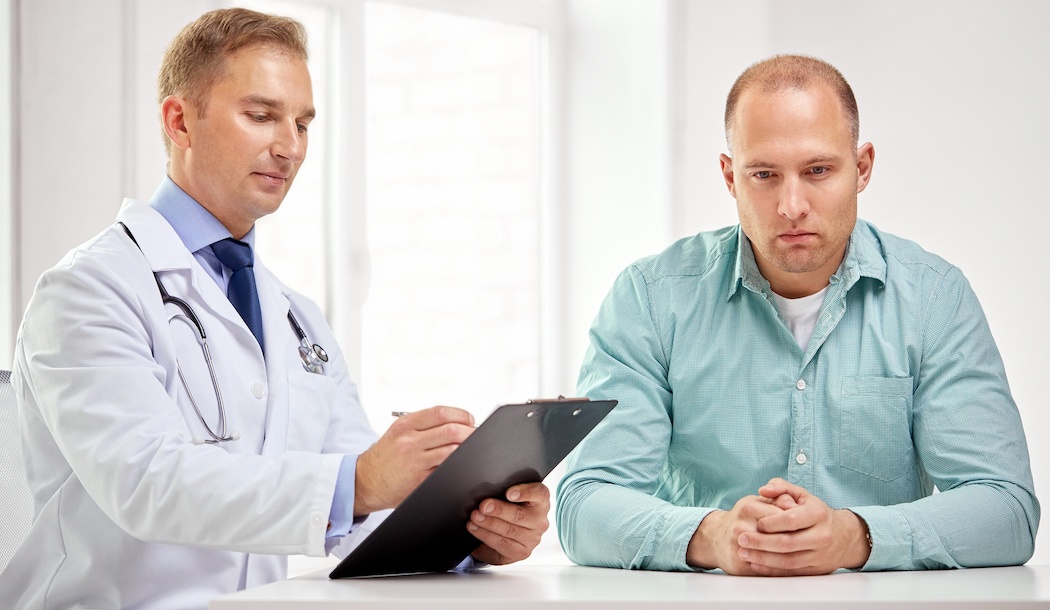 Prostate cancer is the most common type of cancer in men as well as the second leading cause of cancer-related death among males.

Although researchers have learned a lot about prostate cancer in the past few years, there’s still much disagreement among experts regarding how to treat it—or not treat it—when it’s detected in the early stages. Perhaps even more contentious is the best way to screen for prostate cancer. And now there’s some good news on that front.

When it comes to early detection, new research has revealed a discovery that might make the traditional PSA test for prostate cancer more accurate than ever before in distinguishing between slow-moving cancers and more aggressive ones.

Then, in 1994, they approved the PSA test to be used along with a digital rectal exam (DRE), where the prostate is probed and felt with a finger, to test if prostate tumors were beginning to form.

The problem with the PSA test

The PSA test does not specifically show the presence of cancer, only that the prostate is growing, because growth is when it produces excess PSA. Of course, the prostate can grow from a cancerous tumor, but it can also grow from benign prostatic hyperplasia (BPH or prostate enlargement) and prostatitis (prostate inflammation).

Neither of the last two conditions I mentioned has been directly linked to existing prostate cancer and both are very common in men as they get older.

So, it’s no surprise that a large number of men with high PSA counts are being told they need treatment—sometimes even an operation—when they don’t have cancer at all. And for those who do have cancer, it’s very challenging for doctors to distinguish whether the cancer is aggressive or not.

The prevalence of prostate cancer

Many natural health doctors I’ve spoken to report that if a man lives long enough, he’s likely to get prostate cancer, but that doesn’t mean it’s going to be deadly. In most cases, prostate cancer grows slowly, and in an older man who may have, let us say, maybe ten years to live, the best course is generally to keep an eye on the cancer rather than cut it out or irradiate it.

Research reviews of autopsies in older men have shown the presence of “non-lethal” prostate cancer in up to half of them. As the saying goes, “Most men die with prostate cancer, not from it.”

If you want proof, a review by researchers at Harvard examined 19 studies, involving a total of 6,024 deceased men who were examined during autopsy for prostate cancer. Among the men aged 70 to 79, researchers found a prostate tumor in 36 percent of Caucasian males and 51 percent of African American males.

The Harvard researchers wrote, “in the PSA era, overall incident prostate cancer mainly is indolent disease, and often reflects the propensity to be screened and biopsied.”

In other words, the disease causes little to no trouble in most cases and most men with these prostate tumors, as in the study, die of something else altogether.1

So, you can see that determining whether you have a “non-lethal” prostate cancer or a more aggressive form of the disease is critical to a man’s health and well-being. You absolutely don’t want to undergo surgery or radiation if not needed – and generally it is not if you are (a) elderly and (b) have a non-aggressive type of prostate cancer.

Enter a new discovery from researchers at the University of Birmingham in England.

The key to unlocking disease severity is sugar

When the British scientists began examining PSA protein molecules, they found 56 different sugars, called glycans, attached to them. Upon further inspection they discovered that among the 56 only four are associated with prostate cancer.

The researchers point out that by detecting these sugars, their test not only shows whether or not cancer is present in the prostate, but also whether the cancer is in an advanced stage and/or very aggressive.2

David Montgomery, director of Prostate Cancer U.K., says the glycan test will eventually be used “to tell who needs urgent treatment and whose cancer is less aggressive and can safely be watched. Ultimately, this could help us cure more men and harm fewer (from unnecessary treatments).”

This is fantastic news and I’ll be following the research closely.

Meanwhile, if you have a high PSA, researchers in Australia point to exercise as a powerful therapy against prostate cancer.

As I’ve often noted, exercise possesses potent power to lower cancer risk. And now researchers in Australia have provided support for exercise’s benefits in the fight against prostate cancer.

The Aussie scientists explain that exercise gives the immune system a wakeup call and mobilizes its attack team of natural killer cells to enter the bloodstream. Once there they are ferried to the parts of the body where they are needed – places like infection sites and malignant tumors.

When the natural killer cells arrive at the cancer site, they can infiltrate the tumor and limit the cancer’s expansion. And a few hours later, most of them are back in the bloodstream at the same level they were before the exercise session.

The Australian tests involved 25 men with prostate cancer. Eleven of these men were receiving ADT – androgen deprivation therapy (hormone therapy that lowers testosterone and other male hormones). The other 14 had prostate cancer but were not getting ADT.

One of the main purposes of the tests was to establish that men who exercise when they have prostate cancer won’t suffer ill-effects linked to their immune response. And the scientists concluded that “consecutive training sessions can be used without adverse effects on the immune system during prostate cancer treatment.”3

This research provides confirmation that exercise can help prevent prostate cancer as well as help defend against existing cancer by mobilizing the body’s immune cells to go on the attack.

Another area of controversy surrounding prostate cancer is the question of how testosterone affects the prostate.

For years, conventional medical professionals have considered testosterone to be a hormone that promotes cancer. And one of the standard treatments for prostate cancer has been treatment with pharmaceuticals that reduce testosterone levels.

Research in the 1990s and 2000s demonstrated that while testosterone-lowering treatments appeared to keep men from succumbing to prostate cancer, the treatment put them at a higher risk of dying from heart problems. Plus, their low testosterone levels contributed to extra pounds of inflammatory visceral fat around their bellies, which made them more vulnerable to diabetes, and robbed them of physical intimacy with their partner.

The research inspired scientists at the University of California, Irvine, to take a closer look at testosterone’s role in prostate cancer.

They performed a three-year investigation involving more than 800 men who had undergone radical prostatectomies—prostate removal— and who were at fairly low risk of serious consequences from their cancers.

The researchers gave these men testosterone replacement therapy and apparently lowered their risk of cancer recurrence by 54 percent.4

“It was a big surprise,” says researcher Thomas Ahlering. “Not only did testosterone replacement not increase recurrence, but it actually lowered recurrence rates.

“While the testosterone is not curing the cancer per se, it is slowing the growth of the cancer, giving an average of an extra 1.5 years before traces of cancer can be found. We already know that testosterone can help with physiological markers such as muscle mass, better cholesterol and triglyceride levels and increased physical intimacy, so this seems to be a win-win.”

In other good news for men who have had prostate cancer, researchers have revealed an old antidepressant drug might help prostate cancer sufferers prevent the disease from coming back.

A study at the University of Southern California shows that an antidepressant drug that’s been in use since the 1960s may help treat recurrence of prostate cancer in men whose diseases returned after surgery or radiation.

The drug, called phenelzine, is an MAO inhibitor (Monoamine oxidase inhibitor). Used for depression, it affects neurotransmitters in the brain, but in the prostate, it also disrupts androgen receptor signaling – a central growth pathway for cancer.5

A big benefit in using this drug for cancer is that it’s been around for such a long time and is considered safe – though you do have to change some of the foods you eat and avoid certain other pharmaceuticals to avoid interactions. But its side effects are much less distressing than other drugs used to treat prostate cancer.

The use of phenelzine is still undergoing trials – and it’s also being studied for use for other cancers. I would be reluctant to take an antidepressant but perhaps it’s an option some men may want to consider.