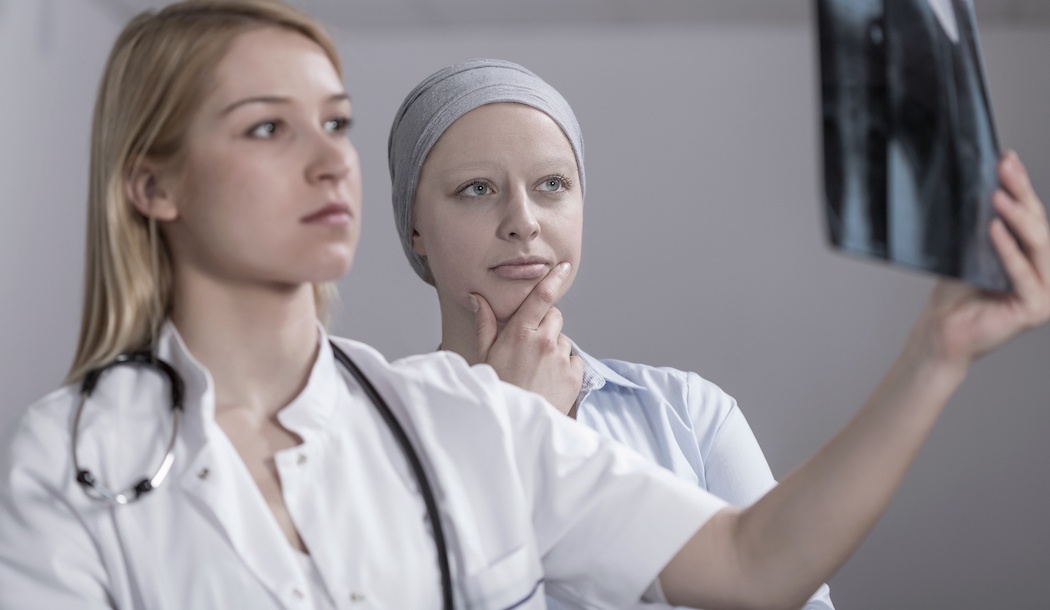 The three people you’re about to meet couldn’t be more different. One is a veteran BBC broadcaster. Another is a Scottish hair extension technician. A third is an actress.

They have differences in age, gender, occupation and many other things. But there’s one thing they all do have in common. Each had symptoms of cancer and each delayed seeking help, and for two of them, the delay resulted in advanced cancer.

Unfortunately, they’re not alone. Many people with worrying symptoms put off seeing a doctor out of fear, and when it comes to cancer, that can be a fatal mistake.

TV presenter Bill Turnbull, aged 64, has terminal prostate cancer. He admits that he ignored the warning signs, saying, “I didn’t get checked, which is why I’m in the situation I’m in now.

Psychiatrist Dr. Max Pemberton agrees that men have more of a problem when it comes to seeking medical help.

Men, he writes, “tend to present [show up at a doctor’s office] with cancers later. Indeed, with all the common cancers that affect both sexes, men are the more likely to die from it. With prostate cancer, men simply do not want to get checked: they prefer to put their head in the sand.

“Partly, men’s refusal to get help is down to a misplaced sense of stoicism that they should just ‘soldier on’. Others ignore their symptoms and simply hope the problem will magically vanish.

“I’ve seen it time and time again, especially when I worked in cancer care.”

But this attitude is certainly not confined to men.

After ignoring reminder letters and forgoing pap smear tests for ten years, Kim Montgomery from Fife in Scotland was bleeding for nine months before she went for an examination. The results showed she had cervical cancer that had advanced beyond the early stages.

Kim says she didn’t go for a test earlier because she found it “unpleasant and embarrassing…I didn’t think it was important. And at 31, I honestly didn’t think I would get cancer.”

And 65-year-old Sherrie Hewson, a familiar face on British television, ignored a lump on her breast and carried right on with her acting work.

Explaining why, she said, “I figured that if I did have cancer, I wouldn’t be able to work and look after my family, so I took the risk.” She also admitted that she was “terrified” it was deadly. Fortunately for her, it turned out to be benign.

And that’s important to know. Quite often that mysterious pain or nasty-looking thing on your skin will turn out to be harmless, especially if you’re younger. Why not get it checked out and regain your peace of mind?

The psychology behind the delay

Within these three cases alone can be found various practical and psychological reasons for not taking action, but there are many more.

A quarter of U.S. adults don’t even have a primary care provider and may not know how to go about finding one. Cost is another stumbling block in the U.S., with some people still uninsured or underinsured.

There’s also the problem of work and family commitments. Others either regard their own health as a low priority, have an unwillingness to ask for help, or don’t wish to be lectured about their unhealthy lifestyle.

Fear is a major factor

Many people have fears linked to the doctor’s office, hospitals, and medical procedures related to needles or a reluctance to be physically examined. For some, the whole process of visiting a doctor is filled with anxiety.

In a survey, 34 percent of men and 40 percent of women reported putting off a doctor visit because they worried about what the doctor might find.

Researchers from the University of Rochester, New York analyzed data on cancer-related information among 7,000 Americans. They found 31 percent avoided doctor visits they deemed necessary. Among this group 34 percent cited “fear of a serious illness” as a major barrier. “Discomfort with a body examination” was cited by 33 percent.

In 2017 in the United Kingdom, scientists published a report that focused on psychological barriers that prevent people from seeking medical help.

This report created a new category comprising 49 psychological barriers linked to the clinical environment, clinical investigation and diagnostic process. The scientists called this FOFO, which stands for Fear of Finding Out. In fact, they report one of the biggest fears people have is that they might “find out” they have cancer. These psychological barriers to seeking treatment include:

The researchers found that all 49 psychological barriers in total made up nearly a third of all conscious reasons for someone not to seek medical help.

Researchers from King’s College London found similar results when they surveyed 2,371 patients with 15 different cancers. They found that fear barriers caused around a third of them to delay seeking help.

They also found that age appears to be a significant factor in the delay. For example, one study found those aged 60 to 69 were more likely to seek help with potential cancer symptoms than those aged 50 to 59.

This finding is backed up by a few other studies, leading the authors of the FOFO report to conclude that the “fear of finding out” is a more pressing issue for those in middle age.

The reasons for this reluctance aren’t clear, but it may be that middle age is often the period when unhealthy lifestyles catch up with people and more serious health issues strike for the first time. Maybe there’s more of a reluctance in this group to face their own mortality, creating an emotional resistance to deal with worrying symptoms.

Delay also depends on the type of cancer symptoms one is experiencing.

The King’s College researchers found that symptoms of prostate cancer lead the list for greatest delay with almost half, (47.8 percent), reporting a delay of at least three months before seeking treatment, followed by rectal cancer (36.6 percent) and malignant melanoma (28.9 percent). The least likely to delay were women with possible breast cancer (eight percent).

The symptoms that were significant in causing a greater delay in seeking treatment were difficulties with urination (41 percent), change of bowel habits (38 percent), and skin abnormalities (31 percent).

In these cases, embarrassment and worry about what the doctor might find were strong factors for deferral of medical treatment and amounted to 31.8 percent of all conscious delay.

Another U.K. survey found women who put off seeing a doctor for symptoms of breast cancer were afraid of the consequences of medical interventions. These fears had often been influenced by the negative experience of friends or relatives with breast cancer.

Can we overcome FOFO?

So, the authors’ solution is to find ways to encourage, energize and empower people to value and take full control of their health.

Yet even these traits don’t guarantee taking early action in the face of cancer symptoms.

Take Max Pemberton, for instance; he himself came down with a bout of FOFO. Even though he is a medical doctor and has a family history of skin cancer, he ignored a strange mark on his cheek for six months before he got it checked out. Fortunately, it was nothing serious, but, as he writes, “it was an unbelievably stupid thing to do.”

Is there a way to stop ourselves from succumbing to FOFO? I don’t know the answer to that question, but it never hurts to become well informed and to take control of our own health. That’s probably the best we can hope for.