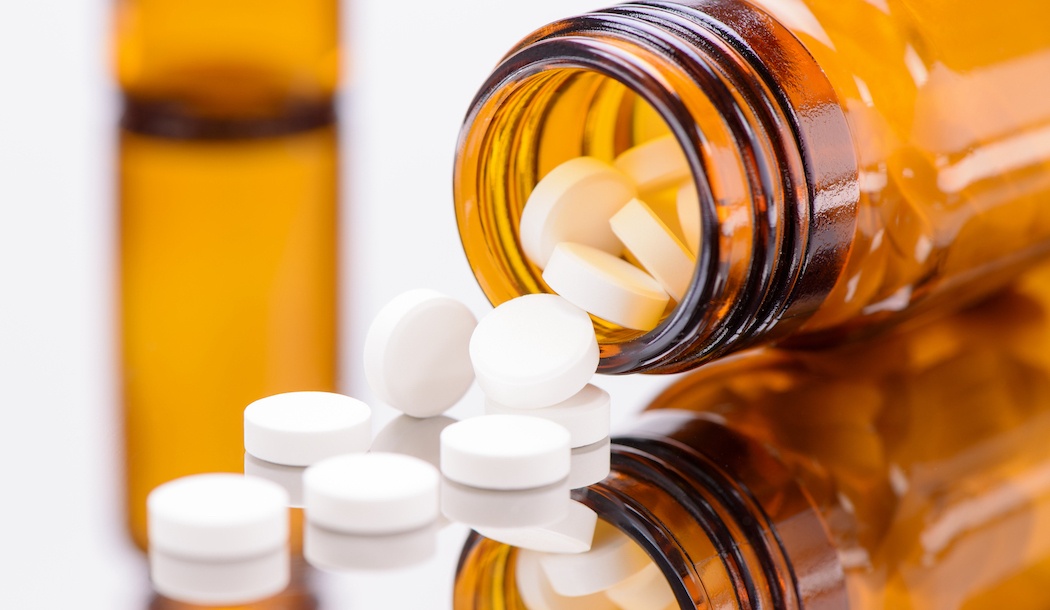 Drugs usually get a bad rap by those who promote natural therapies.

Often their poor reputation is well deserved, but it’s unfair to paint them all with the same brush. Some drugs are very useful and may be incorporated into the protocols of integrative doctors and oncologists with great success.

One such drug is called naltrexone. It acts so powerfully against cancer that doctors are using it to send even “hopeless” cancers into remission.

Naltrexone is an opioid receptor antagonist, meaning it blocks the effect of opioid drugs such as heroin.

It was originally FDA-approved for weaning people off opioid addiction at doses of 50 to 100 milligrams. And eventually, the FDA approved it for use in those suffering from alcohol dependence.

The late doctor, neurologist and scientist Bernard Bihari, M.D., used the drug for patients with addiction problems in the early 1980’s in New York.

Although the drug was effective, his patients wouldn’t stay on it for long because it caused anxiety, irritability, depression and insomnia to such a degree that patients couldn’t handle even the most minor of stressors as well as they would have before taking the drug.

So, you might be wondering, why am I telling you about a drug with these terrible side effects? I’ve got some good news, so please keep reading.

Dr. Bihari was aware that at these higher doses the drug caused the production of endorphins to triple. Since these hormones are also known to boost the immune system, he wondered if naltrexone could be used at safer, lower doses and still get a good immune response.

The thought came to him because by the mid 1980’s he focused his work on the deadly AIDS epidemic and what could be done to help patients. AIDS, of course, stands for acquired immunodeficiency syndrome and is caused by HIV, or human immunodeficiency virus.

Dr. Bihari found, surprisingly, that whatever dose he tested, from 50 mg down to three mg, the immune response was the same.

Although naltrexone is only active in the body for a few hours, by taking just three mg at night, endorphins remain elevated for the duration of the next day. (What’s more, this low dose of naltrexone avoids any unwanted side effects.)

But what about cancer?

Dr. Bihari’s work with cancer came by chance when a friend with a recurrence of non-Hodgkin’s lymphoma wondered if his “AIDS drug” would help her.

Dr. Bihari was hopeful since an earlier laboratory study had already suggested that low-dose naltrexone might work against cancer, too.

In that study mice given human lymphoma cells did not develop cancer when given a single dose of beta-endorphin derived from the pituitary gland. The researchers believed this was because endorphins have receptors on cancer cells and this endorphin boost caused the cells to self-destruct through apoptosis, or programmed cell death.

Many other lab studies have since followed, showing that a beta-endorphin made by the adrenal gland called metenkaphilin, or opioid growth factor, markedly reduces the number of cancers that form in mice, slowing down or stopping any further growth of existing tumors.

This has been shown helpful against virtually every cancer studied in a laboratory setting, about 18 in total. These include cancers of the pancreas, colon, head and neck, brain, breast and bladder, as well as melanoma, lymphoma, and Hodgkin’s disease. What’s more, endorphins were shown to destroy tumors directly, and not via the immune system.

So, boosting endorphins is a valuable anti-cancer strategy. When Dr. Bihari thought low-dose naltrexone could do it, he was right.

Dr. Bihari treated some 450 cancer patients with low-dose naltrexone, most of whom had failed to heal their cancers using standard treatments. He reported:

These results would be considered remarkable with any cancer treatment, but when you take into account that all of these patients were essentially “hopeless” cases, the results take on even more meaning.

So, how does the interplay between low-dose naltrexone and endorphins fight cancer?

When a patient takes low-dose naltrexone, it briefly blocks the opioid receptor in the brain’s hypothalamus. This leads the body to think it’s not producing enough endorphins, so it responds by making more. This enables cancer cells to be killed through apoptosis and, in addition, stimulates natural killer cells and helper T cells to further attack any cancer.

Three decades of research has shown that elevated endorphins play a central role in reducing inflammation by downregulating cytokines such as interleukin-6 and interleukin-12, along with tumor necrosis factor alpha and nuclear factor kB.

Low-dose naltrexone also leads to an increase in the production of opioid growth factor (OGF) and its receptor (OGFr) which play significant roles in regulating cell growth. Many cancers respond to increased levels of OGF and OGFr, by stopping or slowing down their growth.

Dr. Bihari’s results inspired another doctor to use low-dose naltrexone for cancer. Dr. Burton Berkson has published some remarkable case histories of his own.

Dr. Berkson describes the case of a 46-year-old man with pancreatic cancer spread to the liver. Since he wasn’t responding to treatment and was unable to tolerate further chemotherapy, he went to see Dr. Berkson at the Integrative Medical Center of New Mexico (IMCNM).

At this point, his quality of life was poor. The man was exhausted physically and emotionally and had constant abdominal pain and nausea.

Dr. Berkson put him on a healthy lifestyle program that consisted of a specific dietary regimen, and various non-toxic therapies as well as low-dose naltrexone.

Although expected survival for pancreatic cancer that has spread in this manner is only three to six months, this man began to feel well with no symptoms and no progression of the disease shortly after beginning treatment. He was still alive and feeling well an incredible 78 months later when a CT scan showed reductions in pancreatic tumors and liver metastases.

Another patient with metastatic pancreatic cancer refused chemotherapy on religious grounds, even though she was told she wouldn’t live much longer without it.

On Dr. Berkson’s regimen her blood markers and symptoms improved and she felt much better. A PET scan 18 months later found she was in remission, cancer antigen markers normalized and 39 months after her initial diagnosis she showed no sign of pancreatic disease.

An 80-year-old woman with pancreatic cancer also received a grim prognosis. Her family doctor recommended she to go to the IMCNM. She arrived extremely weak, thin and jaundiced.

On the treatment protocol she put on weight and saw improvements in lab tests. Five months after her initial visit, a PET scan showed no signs of cancer.

Unfortunately, when she returned to her home in California, she stopped treatment. Just a month later, her cancer returned and she died three months later, 14 months after the initial diagnosis.

Effective against other cancers

A 61-year-old man with non-Hodgkin’s lymphoma refused standard treatment for religious reasons. After six months of low-dose naltrexone  and other natural therapies, a PET scan demonstrated remission; and he was still free of disease 57 months after his diagnosis.

In another case, a 61-year-old man with kidney cancer that had spread to a lung didn’t respond well to conventional treatment and was told there wasn’t much more that could be done for him.

He arrived at the IMCNM in a very poor state. Dr. Berkson put him on the integrative program after which his symptoms improved and he gained weight and energy. The man’s outlook also improved and he returned to work.

Dr. Berkson concludes this case history by writing: “The patient had stable disease with disappearance of the signs and symptoms of stage IV [renal cell carcinoma], a full nine years following diagnosis, with a gentle integrative program, which is essentially free of side effects. As of November 2017 the patient feels well and is working at his full-time job.”

Other doctors have additional success stories with low-dose naltrexone.

From the files of Dr. Akbar Khan

Dr. Akbar Khan, Medical Director of Medicor Cancer Centers, in Canada, has treated over 400 patients with low-dose naltrexone together with other non-toxic therapies.

In a presentation for the LDN Research Trust in 2018 he describes successful case reports of patients using low-dose naltrexone to fight cancers of the breast, small bowel, colon, bladder, and throat.

One case report was so extraordinary that Dr. Khan wrote it up for publication in 2014.

A 60-year-old man presented with adenoid cystic carcinoma, an uncommon form of cancer that occurs in the salivary glands and other tissues in the head and neck region. Untreated it relentlessly progresses and eventually kills the patient.

Radical surgery plus chemotherapy and radiation are typical treatments, but the man refused both because they would drastically reduce his quality of life.

A year after initial diagnosis he visited Dr. Khan. The only treatment Dr. Khan gave him was high-dose vitamin D and low-dose naltrexone.

It’s important to note that low-dose naltrexone has also been shown in research to be helpful against a number of autoimmune diseases, too.

Dosage is usually around three to six milligrams and as with most drugs, you’ll need to be under a doctor’s care to obtain low-dose naltrexone and use it effectively.