The Other Big Cause of Lung Cancer – Cancer Defeated

The Other Big Cause of Lung Cancer 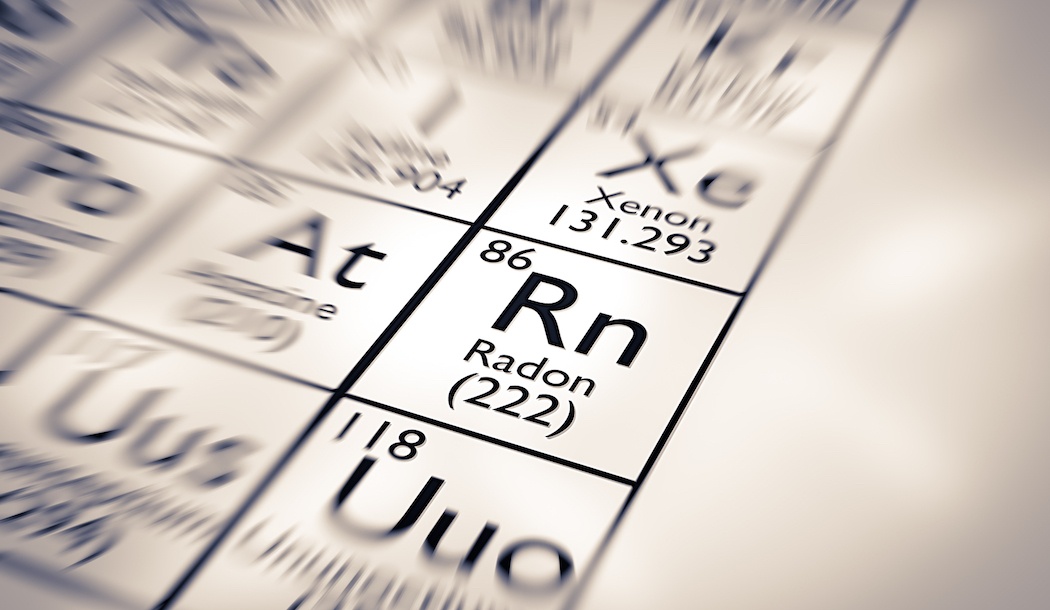 When a healthy, 31-year-old former Team USA hockey star gets diagnosed with stage 4 lung cancer, it’s a red flag that something sinister is going on.

After all, non-smokers hardly ever get lung cancer, right? And as far as that goes, young people hardly ever get any kind of cancer. It’s mostly a disease of the post-40 set.

Rachael Malmberg was a healthy, fit young woman who exercised regularly and had never smoked. When pain in her ribs led her to the doctor and an MRI, she was hit with the devastating news that she had lung cancer — and it had spread to her brain.

And as if that diagnosis wasn’t bad enough, she had no idea how she could have gotten it, or how to prevent others she loved from getting it. That is, until she discovered a gas she never knew was lurking in her house…

The killer opponent that permeates homes

Following her diagnosis, Rachael researched causes of lung cancer. Only one seemed likely: radon. Up until then, she’d never heard about the risks of this gas, and like many people she’d never tested the radon levels in her house. It’s something you don’t hear much about, except as a footnote when buying a home – and even then many people don’t bother testing for it.

According to the National Cancer Institute, radon is the second leading cause of lung cancer, with smoking being the first. Annually, between 15,000 and 22,000 lung cancer deaths are tied to radon. (Overall, more than one lung cancer case out of ten is a non-smoker.)

Radon develops from the normal decay of natural elements found in rocks and soil, like uranium, thorium, and radium. This colorless, odorless, radioactive gas enters homes through cracks in the floors, foundations, and even walls.

We all breathe low levels of radon on a daily basis. The gas is normally found at very low levels in most outdoor air and in drinking water from rivers and lakes. Radon may be found at higher levels in the air inside houses or other buildings, because that air is often contained and can’t dissipate into the wider environment. It also tends to be found in higher levels in underground sources like well water.

Where I live, radon is a common problem and savvy homebuyers make a point of checking for it.

Any level of radon is potentially dangerous, but high, continuous levels of radon exposure can put anyone at risk for lung cancer because inhaled radon can damage the cells that line your lungs.

Most radon-related lung cancers develop in smokers. Radon plus smoking is a lethal combination.  But as in the case of Rachael Malmberg, it can affect healthy, non-smokers as well.

That’s because when radon breaks down, it forms solid radioactive elements called radon progeny. These elements can attach to dust and other particles that you can breathe into your lungs. Once inside your body, radon gives off radiation that can damage the DNA in your cells and eventually lead to lung cancer.

It can also damage mitochondria, the “energy batteries” in your cells – for those of you who, like myself, lean toward the mitochondrial theory of cancer rather than the genetic (DNA) theory.

Curbing radiation from the inside out

According to the U.S. Environmental Protection Agency, radon levels at or below 0.4 pCi/L are safest. Any level above that should be immediately taken care of. That’s what Rachael Malmberg did when she delved further into her potential radon poisoning. Ms. Malmberg discovered her family home in Minnesota had a level of 6.9 pCi/L. Even worse, her childhood home had a level of 7.9 pCi/L.

Radon contamination is pretty easy to remediate. It generally involves installing ventilation in your basement so the gas-contaminated air is whisked out of the house.

You can’t avoid radon completely, but you can lower your exposure. One way is to check the radon levels in your home with a do-it-yourself radon detection kit. You can order these through the mail or buy one at just about any hardware or home supply store, usually for around $20. All you have to do is set the kit up in your home for a few days, and then mail it to a lab for analysis. The EPA recommends testing all homes at the third-floor level or below.

Another option is to hire a professional to come in and test your radon levels. You’ll find qualified contractors through your state radon offices. The EPA website lists them here: www.epa.gov/radon/whereyoulive.html.

If your test result shows a level at 4.0 pCI/L or higher, it’s best to do a follow-up test with a long-term kit, which you leave in your home for at least three months before sending in for analysis.

Obviously, if your results remain high after the second kit, you’ll want to take steps to lower your radon levels. That starts with sealing up cracks in floors and walls and improving ventilation with pipes and fans.

You can also install air filtration systems. A HEPA filter (high efficiency air filter) will help lower radon decay levels and also reduce other airborne particulates, making it a popular choice for those with allergies. Just note that these systems don’t affect radon levels themselves.

If you can possibly afford it, I recommend having a radon mitigation system installed through a state-certified company. It doesn’t require major changes to your home, though the cost varies depending on the style of the home.

Rachael Malmberg has had 22 lymph nodes removed from her lung, plus stereotactic brain radiation. Her cancer, thankfully, appears to be under control. But it is an eye-opener to the rest of us to stay alert to this odorless, cancer-causing gas.