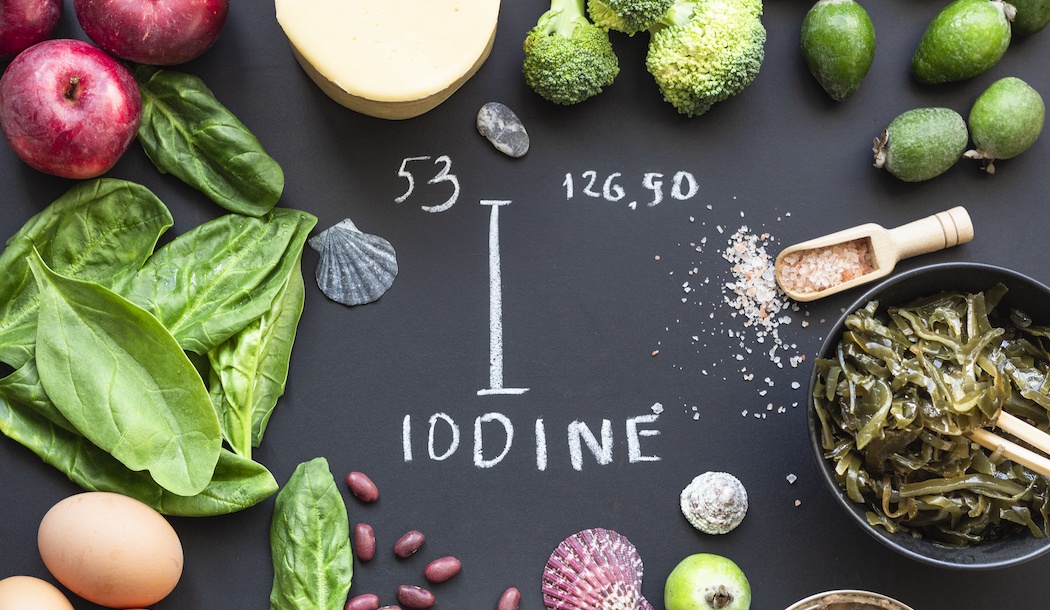 A Michigan doctor finds that nearly 100 percent of the patients he tests are deficient in a particular mineral.

This mineral is one everyone has heard of — and you probably think you get plenty from your food. The fact is, most of us don’t. And the lack of this vital nutrient is definitely a cause of breast cancer and breast cysts. It’s very likely a cause of prostate cancer, too — and probably a factor in many other types of cancer.

In fact, many alternative cancer doctors have found that this mineral is ideal not only for the prevention of many cancers, but also for their treatment.

The mineral I’m talking about is iodine.

The scientists who have actually studied iodine and the doctors who use it in their practice believe we need 83 times as much as the government’s recommended daily allowance (RDA). The RDA is just barely sufficient to prevent goiter, a swelling of the neck caused by a swollen thyroid gland.

And it’s a fact that many Americans aren’t even getting the RDA. This dreadful mistake is because the medical profession sees iodine as a poison, even though it’s dangerous only in very large amounts. Most adults can easily take many, many times the RDA with no problem at all. In fact, it’s claimed the Japanese consume 83 times the RDA in their seafood-rich diet.

More on deficiency and supplementation in a minute. First, let’s take a look at iodine’s role in breast cancer.

When breast tissue cells don’t contain enough of this mineral, they are more likely to be abnormal, precancerous, or cancerous.

The Michigan doctor I told you about earlier is named David Brownstein. Dr. Brownstein reports amazing clinical results when his patients start supplementing with high levels of this vital mineral.

After just 26 days of taking an iodine dose that would shock most conventional doctors, a woman with late-stage breast cancer found her tumors were disintegrating, as shown by PET scans. The woman, Joan, said, “I am so grateful for this information as it is surely saving my life.”

Dr. Brownstein found that another woman with breast cancer tested very low for iodine levels. She had a history of breast cysts — typical of women with iodine deficiency. With the help of iodine supplements she was able to stop the progress of her tumors — without surgery, radiation or chemotherapy.

But there’s more. This woman, named Joyce, exclaimed, “I felt wonderful once I started taking iodine. All my friends started asking me what I was doing, since I looked so much better.”

“Miracle cures” for cystic breast disease are common among women who seek treatment from doctors who know about iodine therapy.

“My breasts felt like two rocks,” reported a 45-year-old woman who came to see Dr. Brownstein after a 15-year history of breast cysts. Following iodine therapy, she was thrilled. “The two rocks I had are now soft and normal feeling. All of the cysts are gone and all of the pain is gone.”

Another of Dr. Brownstein’s patients, a 55-year-old man, suffered from depression and loss of vision for three years. He felt like he was “in a fog”. It turned out his problem was low thyroid function caused by extreme iodine deficiency. After starting a supplement protocol that included iodine, he reported the difference was like “night and day… I feel like I am 20 years old.”

The lack of this mineral can be a factor in conditions such as chronic fatigue and fibromyalgia, ADD/ADHD, and even chronic headaches.

42-year-old Paula suffered from severe headaches for more than a decade when she arrived in Dr. Brownstein’s office. Tests showed her iodine blood-level was essentially zero. “After four weeks on the iodine, my headaches were over 95 percent better,” she reports.

Deficiency in this mineral is also related to child mortality. Millions of expectant mothers are deficient and don’t know it, putting their babies at risk. In fact, deficiency is probably the world’s number one preventable cause of intellectual developmental disorders. That’s according to the United Nation’s World Health Organization — and they’re not exactly friendly with alternative medicine.

While this may be the first you’ve heard of iodine’s wonderful health benefits, doctors have known about the importance of iodine for nearly a century.

Years ago, in the 1920s, doctors first discovered that iodine deficiency causes goiter. The early experiments produced amazing results. Before iodine was introduced into the American diet, 40 percent of children in some communities had enlarged thyroid glands (goiter).

Just four years after iodine was introduced, the number of goiter cases went down 75 percent and, by 1951, fewer than one percent of school children suffered from goiter.

I have vivid memories of seeing a woman with goiter when I was maybe five years old. She had a huge swelling as big as a baseball hanging from her neck. That’s my childhood memory. Maybe it was only as big as a golf ball, but it was shocking. It’s hard to believe this condition used to affect millions of people.

Even harder to believe is that this epidemic was totally wiped out by supplementing with the simple mineral iodine. As you probably know, the authorities took the approach of adding iodine to salt. Later, the baking industry started adding iodine to bread and other wheat products as a dough conditioner. At one time you could get your entire RDA of iodine from one slice of bread.

According to Dr. David Brownstein, “I was taught in medical school that there is enough iodine in salt to supply the body’s need for iodine. In fact, this has been taught in every medical school for over 80 years. However, there were no studies to back up this claim.”

In spite of the research, the medical establishment has practically forgotten iodine. These days, fewer than half of us use iodized salt. And just as you would expect, medical tests indicate the average American’s iodine level has plunged 50 percent.

RDA and a medical blunder

Even if you use iodized salt, the amount of iodine is tiny compared to what you need. And meanwhile, the baking industry has stopped using iodine as a dough conditioner. Why? Because — in yet another blunder — the medical establishment claimed the levels of iodine in bread might be unsafe.

Now get this: To replace iodine, the baking industry began to use a related element — bromine — that’s actually toxic.

Bromine attaches to your body’s iodine receptors and thereby BLOCKS the iodine you need! Unbelievable. Doctors pressured the food industry to stop using a vital nutrient and substitute a toxin.

I don’t have space here to tell you everything there is to say about iodine. But I do want to say a word or two about the best way to supplement.

Two forms of iodine are commonly recommended – iodine and iodide.

Although every cell in your body contains iodine, the bulk of it is consumed by your thyroid gland. Potassium iodide is the form that’s easiest for your thyroid to take up. Unfortunately, other body tissues including breast tissue mainly use iodine, NOT iodide.

Animal studies show that the form that’s best for your thyroid — iodide — is ineffective in these other tissues. They need pure iodine.

Iodoral® is a formula combining these two forms of iodine, in amounts that are safe for an adult to take daily (12.5 milligrams of the two combined). That’s a bit less than the average daily amount reportedly consumed by the Japanese. As I suggested earlier, 12.5 mg is around 83 times the government’s RDA.

If you eat extremely large amounts of seafood or seaweed, I guess you could overdose on iodine if you supplement with Iodoral®, too. But experiments have shown people survived just fine, with no long-term damage, when ingesting huge amounts of iodine — far more than 12.5 mg — for short periods of time.

So, to the best of my knowledge there isn’t much danger of a short-term, sudden overdose if you take Iodoral® as directed. The danger would most likely arise from long-term overuse coupled with a diet rich in other sources of iodine such as seaweed.

Also, from what I know of the FDA, if the product was unsafe they would take it off the market so fast your head would spin.

I can understand if it makes you nervous to take a supplement with 83 times the recommended RDA. It’s certainly not a mainstream practice, and even few alternative doctors would recommend it. I take my iodine in the form of kelp, a common seaweed that is rich in iodine. You can buy kelp capsules just about anywhere supplements are sold, and they’re completely safe when used as directed. Because the iodine is bound with whole food – the natural way to get your nutrients – it’s easily utilized by your body. I regard kelp as one of my absolute essentials.

I also want to mention one important thing about dosage: Iodine levels are highly individual. You might benefit from much higher levels of iodine than you’ll get by taking one Iodoral tablet a day. But it’s not safe to do this by yourself, without a doctor’s supervision. The only way to find out the highest, optimum safe dose for you is to go to a doctor who’s familiar with iodine therapy. He or she can test you, prescribe the right amount, then monitor your blood levels.

Most of us suffer from a profound deficiency of iodine and would benefit from seeing such a qualified doctor. If you have breast cancer, chronic fatigue, fibromyalgia or breast cysts, I absolutely recommend that you ask a doctor to check out your iodine levels.