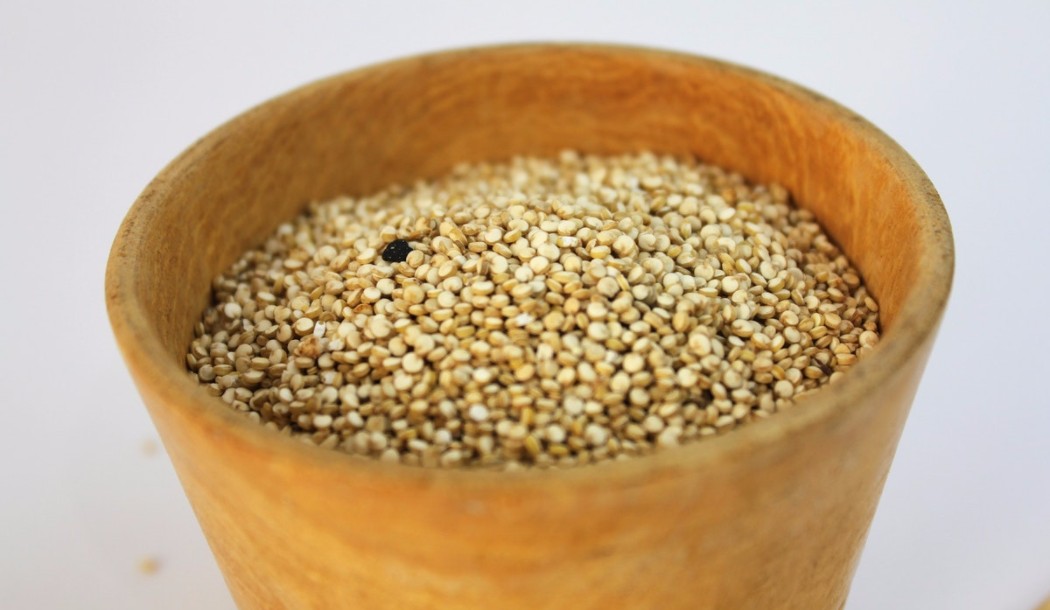 There’s a health food store staple grain that has a ton of fiber, protein, calcium, magnesium, iron, polyunsaturated fats, antioxidants, and is a good source of lysine (an important amino acid)…

All of these things contribute to improved health. This grain has also been shown to improve gut flora – your “friendly bacteria” — and fight against several kinds of cancer. They don’t call it “health food” for nothing.

And the best part is, you don’t even have to eat it to get the benefits.

What is this amazing grain? Read on to find out…

Did you guess that this super-grain is amaranth? If you didn’t, I’m not surprised. It’s technically classified as a “pseudocereal” – that’s “pseudo” as in “not genuine” — because it’s used in much the same way as wheat or oats, but it’s not a grass like these cereals. Other pseudocereals include quinoa and buckwheat.

Even though amaranth, a gluten-free grain, has been grown for more than 8,000 years in South and Central America, it’s still not eaten much in North America.

It should be, because amaranth and amaranth oil have excellent nutrition profiles:

Amaranth is also rich in antioxidants and anti-inflammatory compounds. All of these things combined into one food means that you give your brain and body a boost every time you eat it. Beyond the overall health benefits, amaranth has specific cancer prevention power as well.

Amaranth oil can protect against several types of cancer

In a study published in Pharmacognosy Magazine, researchers used human fibroblast cells (connective tissue) to test how well amaranth oil could protect against conditions caused by exposure to ultraviolet (UV) radiation. These include things like. . .

The researchers found that pretreating the cells with amaranth oil significantly reduced the damage ordinarily caused by UV radiation. Applying amaranth oil after exposure also helped to heal and reduce the effects of the UV radiation.

The researchers found this treatment worked well in low concentrations. It’s effective in very weak concentrations — as little as 0.1% to 0.5%.2 See below for details on how to apply amaranth oil to protect against skin cancer and premature aging of the skin.

Amaranth oil can also be taken internally to help protect against oxidative stress, chronic gastritis, duodenal peptic ulcers and gastric cancers caused by a Helicobacter pylori (H. pylori) infection. H. pylori is a type of bacteria that can live in the stomach and cause a lot of damage if it gets out of control.

A study published in the journal Free Radical Biology and Medicine tested the difference in results between patients who underwent conventional treatment for these conditions, and those who underwent the same treatments and added one milliliter of amaranth oil to the regimen.

After four weeks, the researchers found that those who took the amaranth oil had significantly less 4-Hydroxynonenal (HNE), a major biomarker of oxidative stress and free radical damage to healthy fats), compared to those without the supplement.3

Amaranth oil helps reduce the effects of H. pylori infection in the gut. And actually eating amaranth grains can also improve gut health. Having a healthy gut with a beneficial balance of bacteria is essential to good health and cancer prevention. (For more information about gut health and cancer, click here.)

A study published in the journal Food and Nutrition found that amaranth can act as a prebiotic.

The researchers found that amaranth stimulated numerous strains of good bacteria, and that eating it could treat dysbiosis, a condition caused by having too many harmful bacteria in your gut, which can lead to a wide range of illnesses.

Eating amaranth can also help to maintain gastrointestinal health, which is essential to preventing the development of gastric cancers, such as colon or stomach cancer.4

One more cancer-fighting element in amaranth

Researchers have discovered a peptide called lunasin, which is found in soy and grains such as amaranth, is also a potent cancer preventer. Lunasin has been shown to shut down mammalian skin cancer cells, and in a study conducted on mice5 it showed no adverse effect on normal, healthy cells.

In amaranth, the peptide is often referred to as “the amaranth lunasin-like peptide” (ALP) because it’s slightly different from the peptides found in soy.

In a study published in the journal Peptides, researchers found that ALP requires less time than the soybean peptide to get into the nucleus of the cell, and that it inhibits the transformation of fibroblast cells in mice into cancerous cells.6

The authors of the study concluded, “Our results open new intriguing questions about the function of lunasin in plants and support that amaranth is a food alternative containing natural peptides with health-promoting benefits.”

How to reap the benefits of amaranth

Amaranth grains are available online and in health food stores across the country. Once you get it home, you cook it just like rice. You can substitute amaranth for white rice in any dish for tons more protein, fiber and cancer-preventing nutrients.

As for amaranth oil, you can purchase it from many different sites online or in specialty shops. Look for oil that’s been cold pressed and that doesn’t contain any preservatives, petroleum products or the like. If you plan to take amaranth oil internally, be sure you buy food grade products.

For use on the skin, you can apply amaranth oil directly, or look for lotions and cosmetics that contain it as part of their all-natural, preservative-free formula.

You can also find lunasin supplements online and in some health foods stores.

Our last issue featured delicious ways to make your Thanksgiving dinner healthier. There’s still time to take advantage! The article is running again below just in case you missed it.

1 What is amaranth good for?

4 Assessment of the prebiotic effect of quinoa and amaranth in the human intestinal ecosystem.