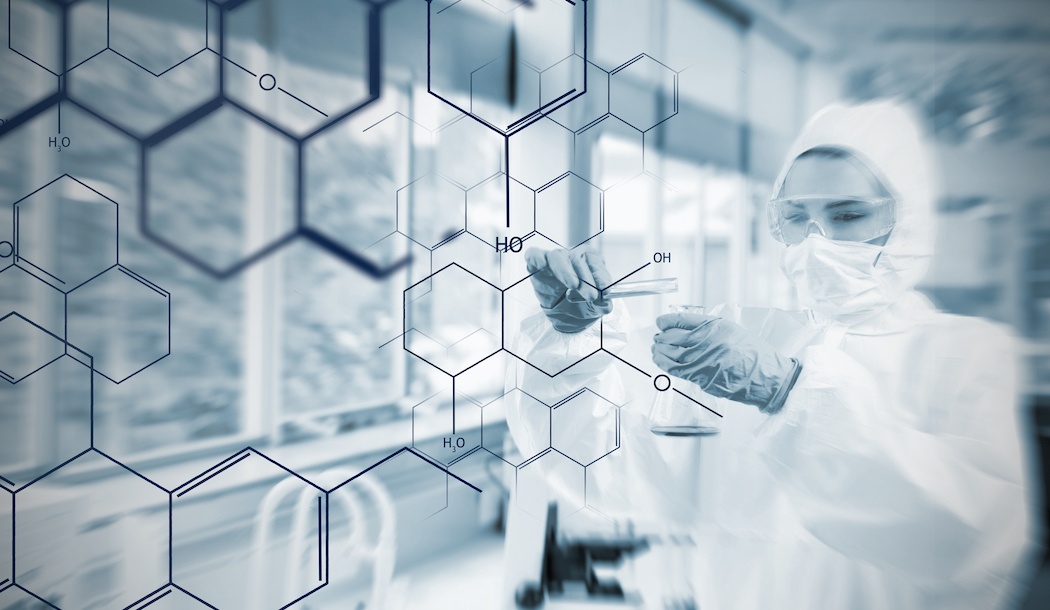 It’s likely that you come into contact with this type of chemical every day. And that’s not a good thing.

Science shows it can disrupt your hormones, wreck your thyroid, raise cholesterol levels, make you gain weight, cause birth defects and even give you cancer.

Besides the health risks, these chemicals also cause outrageous environmental harm – because they never break down.

I’m talking about polyfluoroalkylated chemicals (PFCs). So, what are they and just how bad are they for your health?

PFCs are used in Teflon™, Scotchguard™, and scads of other products. They’re part of a large family of per- and polyfluoroalkylated chemicals with over 4,730 members and growing!

These chemicals are very stable carbon-fluorine structures. Not biodegradable by any stretch of the imagination.

Their half-life in your body is about five years – which means it takes five years to clear half of the chemical from your system, assuming no further exposure.

That’s how they got the nickname “forever chemicals.” They stick like glue – whether you want them to, or not.

For decades, the manufacturers of PFCs have left behind a legacy of contaminating water and soil over and over again. On top of that, they’ve shown a propensity to lie to federal and state legislators, and their own employees, about it.

One PFC called perfluorooctanoic acid (PFOA) has prompted 3,500+ personal injury claims against DuPont. Internal documents suggest that DuPont knew about these dangers. And they knew about them as early as 1961. That’s six long decades, folks.

Meanwhile, they flooded the waterways of the Ohio River and other locations with chemical sewage for decades.

PFOA was finally banned globally under the Stockholm Convention in 2019.

But this doesn’t mean the chemical isn’t still around. After all, these chemicals don’t break down, and millions of people already own products containing these poisons.

In May 2015, over 200 scientists from 40 countries warned about the dangers of PFC chemicals. They documented the following health effects resulting from exposure:

Studies show that 100 percent of newborn babies have PFCs in their blood.

Between 2007 and 2010, the National Health and Nutrition Examination Survey disclosed some staggering information: 97 percent to 100 percent of blood samples from adults contained at least one of the following four PFC chemicals: PFOA, PFOS, PFHxS, and PFNA.1

And note that there are thousands more PFC chemicals than the four they tested for.

Strong, well-established evidence links PFC chemicals to cancer. A recent study analyzed 26 different PFC chemicals.2  Scientists were trying to identify the specific mechanisms of harm in each one.

The researchers evaluated these factors linked to cancer growth:

They found that every tested chemical had at least one of these characteristics, with PFOA and PFOS chemicals checking all five boxes.3

Kills pet birds, what harm to you?

Way back in the 1950s, DuPont discovered that even low levels of fumes released by nonstick cookware could induce “polymer fume fever.”

“Polymer fume fever” is fatal to birds, something avian veterinarians have known since 1986. DuPont has actually warned people to move pets out of the kitchen when cooking with Teflon pans. This “disease” even has a name, “Teflon toxicosis.” It’s killed hundreds of birds.

At or above 446 degrees, Teflon coatings break down and emit toxic gases that kill pet birds such as parakeets or canaries. At low levels, these fumes remain undetected by humans. But they float into the lungs of birds, scorching their lungs and rupturing blood vessels.4

Furthermore, replacement products may be no better, for some rather compelling reasons.

The chemical industry should have moved away from carcinogenic fluorinated chemicals altogether. Instead, they developed so-called GenX chemicals as a replacement for PFCs.

The old PFCs were “C8s” – because they contain eight carbons. The new GenX chemicals have a shorter carbon chain of six carbons instead of eight.

DuPont started producing GenX chemicals in 2009. Of course, they claimed these new chemicals had a more favorable toxicological profile.

But in 2017, word got out that DuPont and Chemours—a Dupont subsidiary— were dumping chemicals into waterways (again). Turns out they’d been dumping GenX and its predecessor PFC chemicals into the Cape Fear River in North Carolina since 1980.5

Scientists found a cocktail of unregulated industrial chemicals, including PFCs, in the Cape Fear River, a primary source of public drinking water for the Wilmington, NC region. And this was after the local water utility had treated the water.6

Local residents were especially alarmed by the presence of GenX found in the area’s treated drinking water.

And they’re right to be frightened.

Studies show that chronic exposure to GenX and its byproducts can trigger tumors in rats. The chemicals are also linked to liver, kidney, blood, and immune system toxicity. Some local residents believe they’re also linked to birth defects.

The Environmental Protection Agency (EPA) has also classified GenX as “having evidence of carcinogenic potential.”7

How do PFCs get into our bodies?

In 2009, the EPA measured the chemical content of 116 common PFC-treated products. The results showed that more than 95 percent of PFCs in the home came from carpet and carpet treatments.

But food is also guilty of imposing high levels of both PFOA and PFOS.8

In fact, the EPA has uncovered hundreds of ways PFCs get into our bodies including drinking water, food and food packaging, indoor air, carpet, furniture, clothing, cosmetics, non-stick cookware, and many more products.

People with stain-proof or waterproof clothing or furniture test at much higher PFC levels.9 What’s worse, kids have higher levels, due to their more frequent contact with carpet and dust and their smaller bodies.10

Drinking water may be riskiest

But the worst exposure may be from your water, especially if you live near chemical plants or dumping grounds. Or near military fire training areas or wastewater treatment plants.

Even if you live in a “clean” area, it’s possible that these toxic chemicals have contaminated your water. After all, they’re almost everywhere.

A 2016 Harvard study found detectable levels of PFCs in the drinking water of 16.5 million Americans. And about six million Americans drink water containing PFCs at or above the EPA’s “safety level.”11

Researchers found PFC-contaminated water supplies in 33 states. But 75 percent of the samples with high PFCs came from just 13 of those states:

You’ll never know it because PFC chemicals have no taste or smell.

People in the Cape Fear area of North Carolina drank these contaminants for years without knowing it. Many had “inexplicable” health problems that they now attribute to these chemicals.

In the survey mentioned earlier, the average blood PFC level was four parts per billion (ppb). Blood samples from those living in the mid-Ohio Valley had an astounding 83 ppb. And those living nearest the plant had even higher levels, above 224 ppb.

Despite the fact that the EPA is now suing more chemical companies over cleanup costs, progress could take years, especially considering their usual slow-motion modus operandi.

That makes it important to test your drinking water now, to find out what contaminants are present, then filter your water to cut your exposure.

It’s also important to carefully consider what products you bring into your home.

Replace or avoid these risky products

Here are some steps you can take to decrease your exposure today:

1. Test your water for the presence of chemicals. Choose a filter that can remove those contaminants.

2. Ditch your nonstick cookware; choose safer alternatives. Best options are steel-coated copper, stainless steel, enamel-coated, and cast iron. I use this type of cookware and – guess what – I’m still here. It’s not even that much harder to clean.

4. Don’t fall for so-called biodegradable bowls. They’re hyped as environmentally friendly, but that’s actually not true. Emerging evidence shows that 100 percent of these fiber bowls contain PFC coatings, which makes them worse than “standard” wrappers and containers. Compost should never contain any product with PFCs, no matter who claims otherwise. Again, home cooking avoids this issue, if you use safe cookware.

5. Avoid microwave popcorn. Microwave popcorn bags have a lining containing PFOA, which can migrate from the packaging to the oil. Use “old-fashioned” stovetop or air popping instead. P.S. It also tastes much better, especially if you use coconut oil.

6. Beware of items pretreated with stain repellents. Opt out of such treatments when buying new furniture and carpeting. Avoid brands like Stainmaster, Teflon, Scotchguard, and Gore-Tex. Be aware that these are just a few of the brands containing these chemicals. In my opinion, just about all wall-to-wall carpeting contains too many chemicals.

7. Sidestep water- and stain-repellent clothing. Synthetic clothing described as “breathable” is usually treated with PTFE, another PFC chemical. Choose clothing without the Gore-Tex water-proof label. But be wary of all stain- or water-repellent items, regardless of brand.

8. Say no to items treated with flame-retardant chemicals. These include baby items, mattresses, pillows, and padded furniture. Opt for materials that are naturally less flammable, like leather, cotton, and wool. You may have to special-order mattresses that aren’t flame-retardant.

9. Do your research. Tests by Greenpeace found PFC chemicals in jackets made by North Face, Patagonia, Adidas, Columbia, and Jack Wolfskin… shoes made by Nike, Puma, and Adidas… swimwear made by Disney and Burberry… and wristbands on sport watches (including Apple watches).

It’s most likely impossible to remove these chemicals from your life completely, but each simple step helps reduce your exposure. Don’t think of it as all-or-nothing. A fifty percent reduction in your exposure can yield valuable health benefits.