Why Does Your Immune System  Struggle to Fight Cancer? – Cancer Defeated 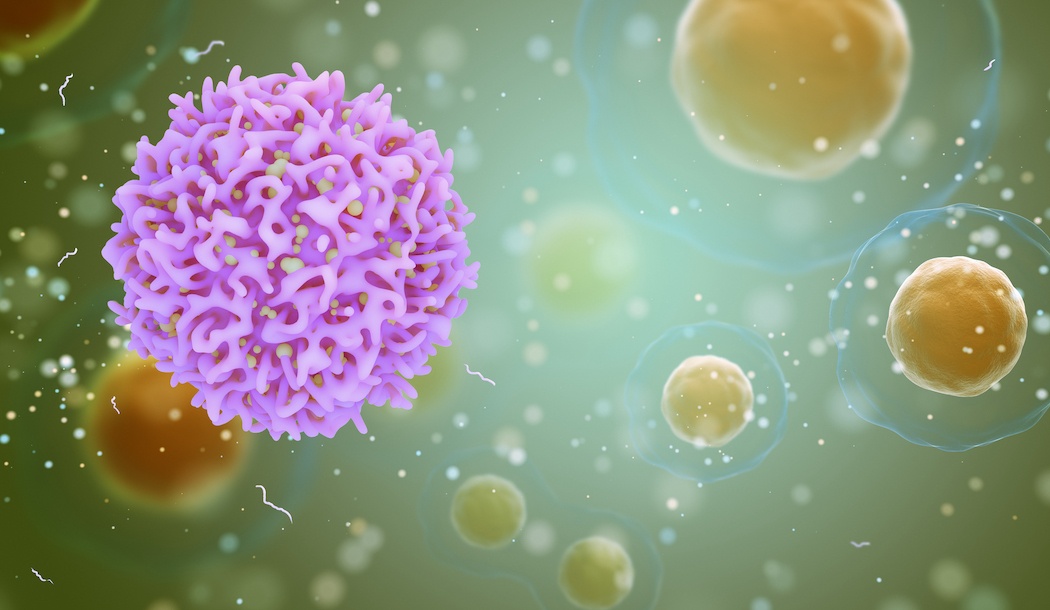 One of the most vexing things about cancer is that your immune system can fight cancer provided it can see it. But often times, your immune cells just can’t see the growing tumor.

Cancer cells have an uncanny ability to evade and subvert the very immune cells that have the power to wipe them out. Scientists are trying to unravel this frustrating problem.

A University of Michigan study examined three possible reasons why cancer can escape your immune system. These are some of their hypotheses:

What these researchers found is pretty interesting, but first, a little background.

Amino acids are the building blocks of proteins. They give structure to cells, and help cells combine to create tissues and organs.

Histones are proteins that form a hub for your DNA to wrap around. They’re crucial to your DNA’s integrity, and to successful cell replication.

Since DNA acts as the instruction manual for your body, these histones are critical.

T cells originate in your bone marrow but travel to your thymus to mature.

The time T cells spend “maturing” in your thymus is your body’s version of boot camp and many T cells don’t survive the process.

Each T cell fights against a specific foreign molecule or microbe, called an antigen. An antigen, in turn, is something that evokes such an immune system response.

So why do things go haywire with your immune system and make it so darned ineffective against cancer?

A strand of three threads is not easily broken

The University of Michigan study found unique connections between the three factors above.

First, cancer causes your T cells to act abnormally, preventing them from mounting an effective attack against tumor cells.

But why? Is it something in the tumor’s microenvironment? Something about how tumors metabolize amino acids?

Methionine has the unique ability to change into sulfur-containing molecules. These molecules then promote proper DNA and cellular function.

A battle rages between tumor cells and T cells

Bring tumor cells into the picture and a major fight ensues between the tumor cells and the T cells.

You see, they’re both methionine hogs. But tumor cells own more of the transporters that deliver methionine.

At one time, scientists tried to starve tumor cells of methionine.

Methionine is present in eggs, meat, fish, and some plant seeds. Legumes, while high in protein, are low in methionine. So are fruits and vegetables.

Of course, you can also supplement with methionine.

It’s important to note that I don’t recall any natural or alterative doctors prescribing methionine supplements to fight cancer. Given that cancer cells can feed on methionine, I’m not sure I’d want to try it, either. In fact, some conventional doctors still use a low methionine diet to increase patient response to treatments like chemotherapy.

The University of Michigan research group hopes to uncover more about the metabolic pathways of methionine in the body, and how those pathways differ between tumor cells and T cells.

Other sneaky tricks cancer cells use

Researchers labeled several genes that are active in melanoma cells. They used those genes to produce antigens. When they unleashed T cells, the T cells recognized the melanoma as a disease.

Researchers then watched how the cancer cells responded to the immune cells’ attack.

You won’t believe what happened next.

The cancer cells changed their appearance and suppressed the genes. It’s as if they hid behind a full-face mask and then contorted to become invisible (or at least to look innocent).

This is how they hide from the immune system. No wonder this problem has vexed scientists for decades.

A friend of mine once said that cancer is intelligent. It can think, and it’s usually one step ahead of us. It always figures out a way to outsmart whatever we throw at it.

When I hear stories like this, I begin to believe it’s true.