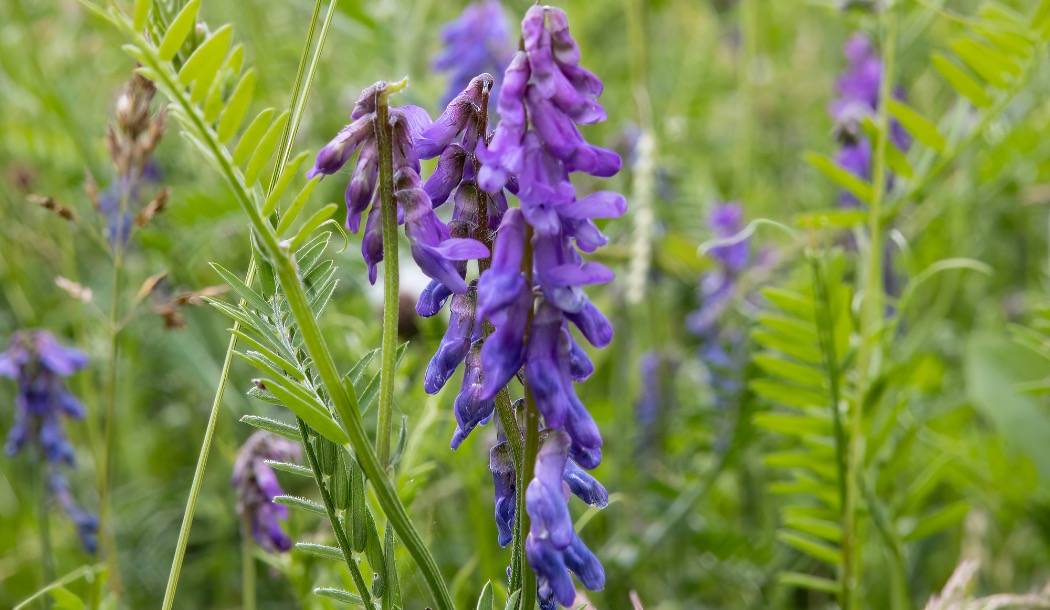 Nearly three decades of research confirms that an herb from the mint family consumed for thousands of years in Asia may be highly effective in wiping out thirteen different forms of cancer.

The news is no surprise to Traditional Chinese Medicine (TCM) doctors who’ve relied on this plant to treat a variety of health problems, including cancer.

Here’s what you need to know about the Georgi, or Chinese skullcap plant…

The Scutellaria baicalensis, also known as Georgi or Chinese skullcap, is a species of flowering plant in the Lamiaceae or mint family, which includes basil, thyme, rosemary, oregano, and lavender. Not surprisingly, these other plants in the mint family also have many healing qualities, including some cancer-fighting properties.

As for skullcap, the dried skullcap root is widely used in Traditional Chinese Medicine where it’s called Huang-Qin, which means yellow golden herb.

Skullcap’s medicinal use was first recorded in a classic text on Chinese herbal medicine written between 200 and 250AD. The ancient doctors relied on it for the treatment of respiratory problems such as colds or lung infections, as well as liver problems.

Today, skullcap is mainly used in China and other Asian countries as an herbal supplement to enhance liver health and to treat a variety of conditions including cancer. I’ve always believed that Traditional Chinese Medicine doctors are ahead of the times when it comes to treating cancer and recent evidence has only reinforced my belief.

Baicalein is a flavone, a subclass of antioxidant flavonoids, found in the leaves, flowers and fruit of plants. Flavones provide pigmentation and act as natural pesticides, protecting the plant from harmful pathogens and insects. Besides baicalein, other flavones are luteolin, apigenin and tangeretin. These also have powerful health properties of their own.

When it comes to fighting cancer, a key attribute of baicalein is its ability to induce apoptosis or programmed cell death. This is a normal process cells go through when their lifespan is over, but cancer cells avoid this, making them especially deadly.

Another way baicalein helps is by overexpressing types of free radicals called reactive oxygen species (ROS). This induces oxidative cellular stress. Under normal circumstances this would be dangerous to the body as it eventually disrupts energy production and other key functions performed in the cell’s mitochondria. But when baicalein does this to cancer cells, as it did in studies of prostate and colon cancer cells, it leads ROS to trigger apoptosis and death of the cancer cells.

A fourth key pathway that baicalein uses to kill cancer is the PI3K/Akt pathway, which is required for cellular function. In laboratory studies baicalein used this pathway to induce apoptosis in esophageal squamous cell carcinoma and human breast cancer cells.

And finally, baicalein induced apoptosis by triggering the protein p53 in colon cancer cells and three human lung cancer cell lines. You might have heard of p53 before – it’s a tumor suppressor protein that regulates the expression of a wide variety of genes involved in apoptosis and stops cancer growth.

A review of baicalein in the treatment of 13 different types of cancer in laboratory cell culture studies and in studies using rodents, led the researchers to write, “Multitudinous preclinical studies have proved that baicalein could be developed as a tremendous potential antitumor drug against cancer by targeting multiple molecular mechanisms and signaling pathways. In addition, accumulating evidence from animal studies demonstrates that baicalein significantly inhibited tumor volume and tumor weight… without toxicity.”

In 2016, scientists at the National Institutes of Health in the United States and the Institute for Basic Science in Korea announced, “a significant breakthrough for the future treatment of colon cancer patients specifically for those with DNA mismatch repair (MMR) deficient tumors.”

Here’s why this is important: Mistakes are often made during DNA replication, but a mechanism exists for their repair. If this fails, the mutation can lead to cancer. In addition, cells deficient in DNA MMR are resistant to chemotherapy.

Not only that, but baicalein also appears to stop cancer from growing and spreading, which is the main reason cancer is so deadly and kills people.

To grow beyond a few millimeters, solid tumors transmit chemical signals that stimulate the growth of new blood vessels, a process called angiogenesis. Baicalein inhibits this process. This was shown in ovarian cancer cells and in cellular and rodent models of human prostate cancer.

What’s more, as cancer cells break away from the primary tumor and migrate to other sites, tumors use enzymes called metalloproteinases to dissolve the surrounding collagen and connective tissue so they can spread. However, baicalein can reduce the expression and activity of matrix metalloproteinases to hold this process back and stop cancer from spreading. This has been demonstrated in about nine different tumor types.

In addition, baicalein is anti-inflammatory and can prevent cancer from forming in the first place!

While acute inflammation is a necessary and vital response to infections and tissue damage, chronic inflammation is extremely damaging and, in many cases, can be a direct cause of cancer. Baicalein significantly inhibited the production of inflammation in human myeloma cells and in mouse models of skin and lung cancer.

Despite the mounting positive evidence for using baicalein to treat cancer patients, there are no controlled human trials of baicalein in cancer. Four safety trials have been conducted in healthy Chinese volunteers, however.

All trials found baicalein in the form of tablets was safe and well tolerated within the normal dose range for short term use with no serious or severe adverse effects.

It’s also important to note that baicalein supplements are not readily available but you can add it to your regimen by taking Chinese skullcap supplements.

Another way to get baicalein is by consuming plenty of plant foods, especially citrus fruits, dark chocolate, wine (don’t go overboard here!), tea, and the herbs in the mint family that I mentioned earlier. Best of all, when we consume baicalein as it’s naturally found in food, we can benefit from all the other antioxidant flavones and powerful disease-fighting plant chemicals inside.