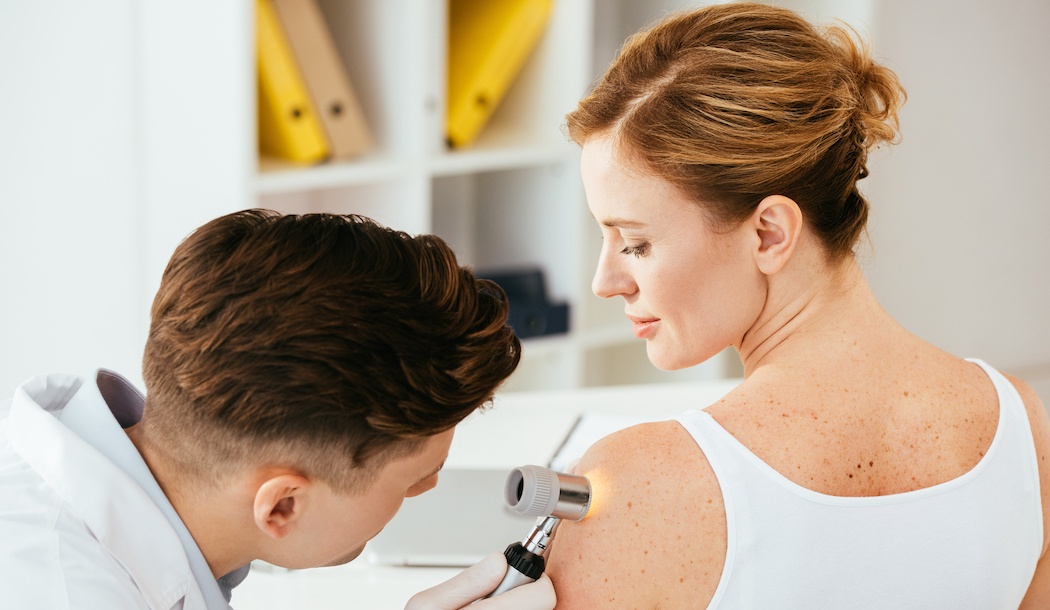 Melanoma is a very deadly form of cancer. In 2023 about 99,780 new melanomas will be diagnosed in the U.S. and about 7,650 of these people are expected to die, according to the American Cancer Society. It’s estimated that almost one million Americans are currently living with melanoma.

The treatment has remained largely the same for years: cut out the affected area, then treat with radiation and chemotherapy in some cases. That’s only if it’s caught early.

Latvia, a country far off in the Baltic region of Europe, may have an answer to melanoma.

Since 2004, they’ve been using a unique treatment that’s approved in the country for fighting this lethal form of skin cancer. In fact, it’s not only approved, but as of 2011 it’s been given free to residents of Latvia suffering from melanoma.

What’s remarkable is that it’s not a drug or surgical procedure. We’re actually talking about a virus.

Rigvir (Riga Virus) is a form of immunology that is truly the first of its kind. You may remember we first reported on Rigvir back in 2014 after the Cancer Control Society Conference and Doctor’s Symposium in Universal City, California.

Rigvir is a living virus that targets sensitive cancer tumor cells and reprograms them to destroy themselves (apoptosis).

Specifically, Rigvir is the ECHO-7 virus found in the gut of healthy children, discovered in the 1970s by Dr. Aina Muceniece of Riga, the capital city of Latvia.

The ECHO-7 virus is oncotropic and oncolytic, meaning it launches a “seek and destroy” attack. The virus searches for tumor cells and infects them once located, a feature or property known as oncotropism.

The virus then replicates itself within the tumor cells and destroys them. This process is called oncolysis. By targeting only the tumor cells, the virus leaves healthy cells in the body unaffected.

Rigvir is administered via injection. The injection makeup is remarkably simple and safe, containing no antibiotics, stimulants, or preservatives. And there are no dangerous side effects to this treatment, especially when compared to traditional radiation and chemotherapy. There have been reports of mild side effects such as a slightly elevated fever and stomach discomfort, with rare instances of diarrhea and pain in the tumor area.

In a study conducted in Latvia, 52 participants who had undergone surgery for melanoma were given Rigvir as treatment. The group that received Rigvir remained free of the disease for longer than the group that followed the traditional treatment guidelines.

At the end of the four-year study, the patients treated with Rigvir had a 4.39 to 6.57 lower mortality rate than did the non-Rigvir group. A startling difference, by any standard.

As for safety, this study showed no side effects whatsoever. The researchers made note of side effects recorded in previous studies, but they did not encounter any during this study.

Rigvir has been shown to be safe for everyone, even for very sick patients.

For instance, if you get Rigvir on your skin… it comes off with a simple alcohol wipe. It does not show up in human waste, doesn’t transfer, and cannot cause an epidemic (something of some concern when discussing the use of viruses). What’s more, no adjustment to the dosage is necessary for elderly patients and no overdose has ever been recorded. Patients can even drive and operate heavy machinery while undergoing treatment.

These findings are the opposite of what you would expect to hear from such a powerful and effective cancer fighting treatment.

Rigvir is also being studied for use in the treatments of several other forms of cancer, including:

Although Rigvir’s anticancer powers were discovered about 50 years ago, it didn’t come into widespread use even in Latvia until quite recently. After the Soviet Union broke up and Latvia gained its independence in 1990, research on Rigvir actually stopped for several years.

To date no research that my team can find has been made public on the results of further studies on Rigvir and other cancers outside of melanoma.

Where can I get it?

As I mentioned, Rigvir has been given free to Latvians since 2011, as a part of the regular treatment for melanoma. Some patients travel to Latvia from other countries for treatment.

For several years Rigvir was being used in Mexico, at Hope4Cancer Institute in Baja. They had signed a cooperation agreement with the International Virotherapy Center that allowed them to treat patients using Rigvir. However, at the time of this writing Rigvir is not listed among their current immunological therapies.