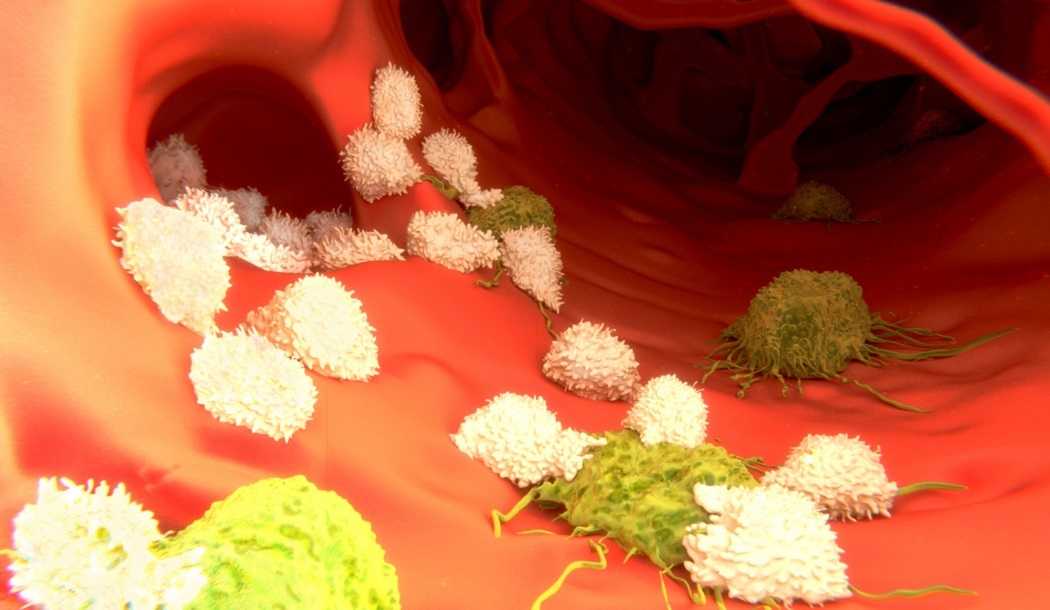 James Hull should have died years ago. Doctors diagnosed him with a very aggressive form of bowel cancer that spread to his lymph nodes. If that wasn’t enough bad news, doctors also found cancer in his pancreas, liver and skin.

His was the kind of case I might have called “hopeless” myself, and I don’t believe in using the H-word where cancer is concerned.

He’s been told to get his affairs in order more than once, and yet today he’s fit and well. How?

Doctors say James Hull has a unique factor in his blood that could be the answer to cancer for everyone.

In 2010, James Hull was 49 years old when doctors diagnosed the former dentist with a cancerous tumor in his intestines. His surgeon thought it unlikely James would survive the nine hour operation to remove the tumor.

Not only did Dr. Hull survive, but he endured powerful chemotherapy treatments without side effects. He didn’t lose his hair — in fact, he didn’t even feel sick.

But his joy was short-lived.

A year later, another tumor was discovered, this time on his pancreas. His medical team said it had been present for over a year, and they were surprised it hadn’t already killed him.

Three years later, in 2014, numerous basal cell (skin) tumors appeared on his arms. However, they disappeared on their own, without any surgical intervention.

In 2017, doctors found what they felt certain was malignant melanoma on his scalp. But, to their bewilderment, the lab findings showed no cancer at all.

Dr. Hull’s ordeal wasn’t over yet. In 2018, sixteen tumors were found in the liver. He was advised to have a transplant as this was the best chance of saving his life. He refused, choosing hormone treatment instead. But this time, the side effects were so horrible, he gave up on it.

The result of having no treatment at all? Instead of spreading like wildfire, Dr. Hull’s liver cancer shrank. When doctors measured his blood levels of Ki-67, a marker of tumor aggression, they’d fallen from 17 to four and are still regressing.

Dr. Hull’s initial diagnosis of cancer didn’t come as any real surprise, because cancer runs in his family. His mother, both grandparents and a number of aunts and uncles all died of the disease. So his own survival was a mystery.

Dr. Hull began wondering why he was still alive. “If there is something in me that can help people, I knew I was morally obliged to do everything I could,” he said.

He was certainly well placed to do so. As a highly successful entrepreneur he enjoyed wealth to the tune of several hundred million dollars.

Using the same kind of initiative and drive that helped build his fortune, Dr. Hull decided to throw his energy into a new project: finding a cure for cancer.

He approached top immunologists from six universities in the United Kingdom and persuaded them to collaborate in a research program funded by Continuum Life Sciences, the company he set up for the purpose.

In its first project, which began last year, T cells — which play a central role in the immune response — were extracted from Dr. Hull’s blood and mixed with breast, liver, colon, pancreatic and breast cancer cells taken from human patients.

After witnessing the results, Professor Andrew Sewell, from Cardiff University, sent an excited text to Dr. Hull, “Oh my God! It’s like Apocalypse Now! Your blood is destroying all the other cancers.” He later told journalists, “James is not normal. He is not normal at all.”

Ordinary T cells seek out and destroy invaders, but cancer cells create a hostile environment, making it hard for T cells to kill them. Not so in Dr Hull’s case. His super-charged T cells kill cancer outright.

Within three months after these initial tests, the immunologists cloned Dr. Hull’s T cells, producing exact lab-cultured copies. These were tested on pancreatic cancer cells and found to be just as aggressive as Dr. Hull’s own cells.

The next step was to find 100 long-term cancer survivors to see if there are others like Dr. Hull. The research team is looking for people worldwide who have aggressive forms of the disease yet have remained cancer-free without treatment for at least five years, and who are willing to donate blood. At the time of this writing, 40 have been identified.

Anyone who thinks they fit the category the scientists are looking for and are willing to help should visit https://www.continuumlifesciences.com/long-term-survivor-study/

The researchers hope that if they can understand exactly why these cancer survivors’ T cells are so potent, it will lead to a cancer cure for everyone.

As another member of the research team, Daniel Davis, Professor of Immunology at the University of Manchester, explained, “This project isn’t about tweaking current ideas for treatments, it’s about approaching the problem in a different way.”

Other scientists outside the United Kingdom are also keen to collaborate. One of these is Professor Carl June from the University of Pennsylvania, a world leading immunologist, who remarked, “Understanding the mechanisms by which extreme cancer survivors clear their cancer has potential to end the cancer epidemic.”

There’s nothing new about T cell therapies for treating cancer. One is already approved for use in cancer patients and is showing enormous promise.

CAR-T therapy draws blood from patients, separates out the T cells and genetically engineers them to produce receptors on their surface that allow them to recognize and attach to a specific protein, or antigen, on tumor cells.

These are multiplied before being infused back into the patient. Once they’re circulating in the patient’s blood, the engineered cells can recognize and kill cancer cells that harbor the antigen on their surface.

The FDA has approved the treatment for children with acute lymphoblastic leukemia and adults with advanced lymphomas.

Trials have been extremely encouraging, with remission rates of up to 80 percent in children and young adults whose cancers couldn’t be contained with standard chemotherapies.

However, the treatment is complex, very expensive, and needs a clear target for the T cells to spot. It’s currently limited to blood cancers, and doesn’t come without side effects. Nonetheless, the therapy is a great step forward and is saving many lives.

A new target for T cells

Another new T cell therapy could be on the horizon thanks to findings published in the journal Nature Immunology in February.

A team of international scientists led by Professor Sewell were investigating how immune cells attack cancer. They were looking for some feature from blood donated by cancer survivors that hadn’t been previously identified.

Their investigation revealed a T cell and its receptor, called MR1, that recognizes a target on the surface of many types of tumor cells. Although the same target exists on normal cells, for as yet unknown reasons, the T cell only kills cancer cells and leaves healthy cells alone.

This T cell therapy has been tested in both cultured cells and animals and shows great potential.

Research team member, Garry Dolton, enthusiastically told reporters, “We are the first to describe a T-cell that finds MR1 in cancer cells — that hasn’t been done before; this is the first of its kind.”

Professor Sewell said the finding was “highly unusual” and added, “Current T-cell receptor based therapies can only be used in a minority of patients with a minority of cancers. It raises the prospect of a one-size-fits-all cancer treatment.”

Professor Daniel Davis, who was not involved in the study, agreed the discovery is ground-breaking. In his view, “There is no question that it’s a very exciting discovery both for advancing our basic knowledge about the immune system and for the possibility of future new medicines.”

A human trial is expected to begin later this year.