A Cancer-Killing Food You Can Eat Every Day - Cancer Defeated

A Cancer-Killing Food You Can Eat Every Day 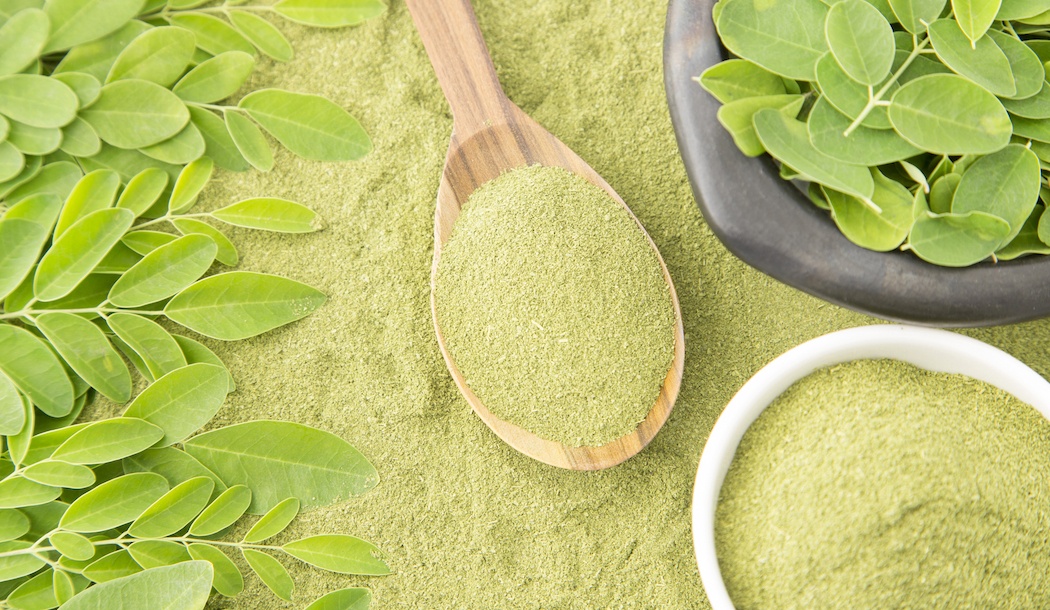 The word superfood is bandied about for such a large number of products these days, I think many of us tune it out. “Oh, another superfood. What’s on TV tonight?”

So forgive me if I fall back on the term today, because there’s one plant that really does live up to the superfood label, and I’m pretty sure you don’t know about it. It’s packed with good nutrition and contains compounds with powerful healing and anti-cancer properties. . .

It’s called moringa. And it can help protect you against hundreds of diseases.

Moringa is a genus with 13 different species, but the best known is Moringa oleifera. This is the variety most commonly used as food and medicine, and also the one most studied.

Its use can be traced back 4000 years, and according to India’s traditional Ayurvedic medicine, moringa can prevent 300 diseases.1

Traditional medicine uses all parts of the plant, for different purposes, but it’s the leaves that are used most often in nutritional supplements.

When you pop a moringa supplement, you get a dose of all essential amino acids – the ones we have to get from our food because our bodies don’t make them.

Moringa also boasts an abundance of vitamins, with especially high concentrations of vitamins A and C, and a wide range of minerals, trace elements and assorted plant chemicals most of us never heard of – but which are probably the most important reason for consuming moringa, because we can get the minerals, amino acids and vitamins elsewhere.

For these reasons, some authorities call moringa the most nutrient-rich of all plants.3

I don’t know about that – I’m not even sure such a claim can be proven – but there is no doubt that moringa is a treasure house of good nutrition.

Moringa also contains a large number of compounds with strong antioxidant activity. Writing in the Journal of Medicinal Food in 2010, researchers stated:

As well as being a powerful antioxidant, other mechanisms of action are described by Memorial Sloan Kettering Cancer Center.5 Normally not a friend of alternatives, this mainstream medical institute lists the following benefits derived from laboratory studies. The plant:

With this vast array of health benefits, it’s easy to see why moringa is dubbed the “miracle tree”.

Moringa contains a rare, unique and diverse combination of plant compounds. About 110 have been identified from the whole genus.2 Of these, 88 are from the oleifera species alone. It’s truly impressive; if you’re a scientifically literate person, I urge you to read the footnote.

Many of these compounds possess anti-cancer activity. The following are just a handful of examples found in the leaves.

Quercetin: Researchers at Boston University School of Medicine found this flavonoid inhibited the growth of some types of malignant cells “and also displays unique anticancer properties.”6

Kaempferol: A comprehensive review published in Phytotherapy Research in November described this flavonoid as having “a significant role in reducing cancer” through a range of mechanisms including apoptosis (inducing cell suicide), and downregulating various signaling and protein expression pathways. Kaempferol is by no means common, so moringa is a good place to get a dose.7

Genistein: Wayne State University scientists describe this isoflavone, normally found in soy products, as a potent inhibitor of angiogenesis (blood vessels formed by cancer cells to promote their growth) and metastasis, with “multi-targeted biological and molecular effects in cancer cells.”8 If you prefer to avoid soy, moringa is a good place to get genistein.

Myricetin: This flavonoid was described by Chinese scientists writing in Oncology Letters as being “significantly effective in the treatment of various types of cancers, including prostate cancer, hepatocellular [liver] carcinoma, gastric cancer and human squamous cell carcinoma.”9 I never heard of it prior to preparing this article, so moringa is your ticket.

Ellagic acid: Scientists from the University of Rome have just published a review of this polyphenolic compound in Nutrients. They describe its anticancer effects in culture and rodent models against colorectal, breast, prostate, lung, melanoma, bladder, liver, ovarian, oral, brain and bone cancer. It works through multiple mechanisms to stop the growth and spread of tumors.10 We’ve noted before that ellagic acid is available in raspberries, but eating them every day is probably beyond most of us. Consider moringa.

Between 2008 and 2017, ten studies have looked at the anti-cancer effects of Moringa oleifera extracts mainly derived from the leaf, but also the bark and seeds, on human cancer cell lines. This is not as good as tests on live animals or humans, but it’s indicative, and many of us take certain supplements on the basis of such in vitro or test tube studies.

Moringa was effective at inhibiting the growth of cancers of the lung, liver, pancreas, breast, colorectum, prostate and blood.2

Of the many active compounds found in Moringa oleifera, some of the most important are the isothiocyanates. They’re being actively researched for their many biological activities including anti-inflammatory, antidiabetic and antimicrobial effects as well as anticancer.

Described as a “potent anticancer compound,” isothiocyanates extracted from oleifera leaf extract were shown to induce apoptosis in a number of different cancer cells. This could “open new frontiers in cancer therapeutics.”11

As well as isothiocyanates, Moringa oleifera was found to inhibit cancer cell proliferation mainly due to a phenolic compound called eugenol, and a rare naturally-occurring sugar called D-allose.12

Eugenol targets E2F1, a protein that is overexpressed in many cancers, and another protein, survivin, that stimulates cancer growth. D-allose was found to have “a significant inhibitory effect on cancer cell proliferation.”1

I’m always conscious that many readers choose conventional treatments – for a whole list of reasons – but they are on the lookout for natural remedies they can do at the same time as chemotherapy. When there’s research to substantiate it, I try to mention it. Just be aware that many oncologists will still oppose the use of ANY supplements.

A research group from India investigated whether Moringa oleifera leaf extract could offer protection against the toxic effects of chemotherapy.

Administered prior to the drug in mice, they reported improvements in male gonad function after the procedure. They concluded that the extract “may have potential benefit in reducing the loss of male gonadal function following chemotherapy.”14

Another study looked at whether the plant could offer protection from bladder damage, which is known to be caused by the chemotherapy drug cyclophosphamide (CP). The researchers found that “Moringa leaves play an important role in ameliorating and protecting the bladder from CP toxicity.”15

When Moringa oleifera leaf extract was combined with the chemotherapy drug doxorubicin and tested on an immortal human cell line used in research called HeLa, the combination produced a better outcome than the drug alone.

Reviewing all these findings, a research group wrote, “The application of currently used anticancer drugs combined with M. oleifera could be a novel therapeutic strategy for cancers.”11

How to take Moringa

Moringa can be found in many forms.

The oil from the seeds in used in skin creams, lotions and soap. Whole seeds can be purchased, and dried leaves are used to produce moringa tea. There are even some energy bars that incorporate the leaf powder.

Moringa powder has been described as having a pleasant, earthy, spinachy flavor. It can be sprinkled on salads, soups or blended into a smoothie.

Not everyone is enamored with the taste, however, so some people prefer to take it in capsules. The usual dose is 500 to 1000 milligrams a day.