A List of Herbs that Can Slow or Reverse Pancreatic Cancer 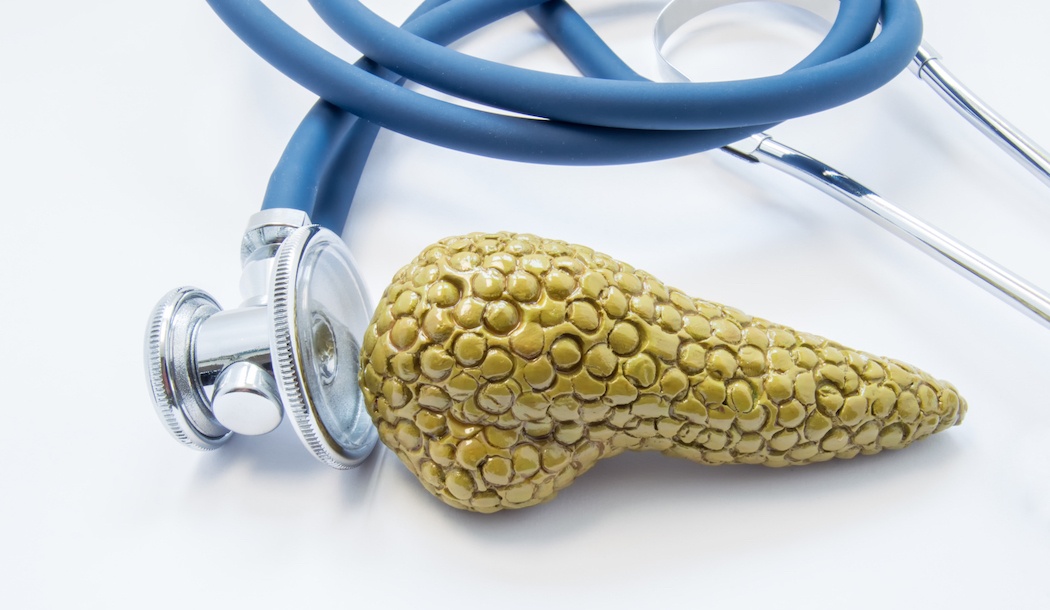 By 2030, pancreatic cancer is projected to become the second leading cause of cancer-related death in the US, after lung cancer.

From 2006 to 2015, incidence rates increased by about 1% a year, but in a recently published report, The American Cancer Society estimates 56,700 Americans will be diagnosed with the disease in 2019, a 2% increase over last year.

I’m not too surprised, given the rising level of metabolic syndrome – prediabetes. The pancreas produces insulin and has to be profoundly stressed by the sugar abuse so widespread in our culture.

As you probably know, pancreatic cancer is one of the most dreaded. It’s very hard to beat. With more and more people affected each year, and an overall five-year survival rate of just 9%, there is an urgent need for new therapies.

I’ve come across one that sounds promising. . .

Pancreatic cancer is diagnosed late in just over half (52%) of patients. For these unfortunate people, the five-year survival rate is just 3%.

Tumors of the pancreas are dense, making drug delivery difficult, and in any case they quickly develop resistance to treatment.

However, since 2012, scientists at Roswell Park Comprehensive Cancer Center in New York have been investigating a novel compound — a derivative of camptothecin found in the bark of a rare Chinese tree called Camptotheca acuminata.

The tree has been a feature of Traditional Chinese Medicine (TCM) for centuries, with the aqueous extracts of the leaves and fruit used to treat cancer.1

It took until the 1960s for Western scientists to catch up. Only then did they discover that camptothecin had powerful anticancer properties against leukemia, small cell lung cancer, and colorectal cancer.

This led to thousands of synthetic analogs being developed and tested, with two — irinotecan and topotecan — getting the approval of the Food and Drug Administration. In other words, the big drug companies focused on creating a “tweaked” version of the plant extract, one that they could patent.

The problem with these drugs is that while they target a protein that promotes tumor growth, they also act on healthy tissue, making them highly toxic.

But the Roswell researchers were able to develop another derivative of camptothecin called FL118 that attacks cancer in a different way, inhibiting the expression of multiple proteins that prevent cancer cells from committing suicide (apoptosis).2

Early testing on human colorectal and head-&-neck tumors in animal models found this compound possesses “superb” anti-tumor activity compared to a range of chemotherapy drugs. The natural substance virtually wipes out the tumors.

They wrote, “When used alone, FL118 effectively eliminated pancreatic tumors, and when used in combination with the first-line pancreatic cancer drug gemcitabine, FL118 killed tumors that were previously resistant to both gemcitabine and FL118.”2,3 FL118 was also well tolerated and showed little sign of toxicity.

FL118 has not yet been tested in humans, but you might be interested in the effects of other herbs, as evaluated in a population-based study in Taiwan.

In a study published in Integrative Cancer Therapies in 2018, 368 people with pancreatic cancer who used Chinese herbal medicine (CHM) were matched with 368 others of the same age and gender, year of diagnosis, presence of other disorders, treatments, and level of urbanization.

The most commonly used single herb was Bai-hua-she-she-cao. Lab studies have found it promotes apoptosis, lowers inflammation and stimulates the immune system to kill or engulf tumors.

The most commonly used Chinese herbal formula was Xiang-sha-liu-jun-zi-tang.

This particular investigation supported findings from a previous study which found patients using TCM survived 19 months, compared to non-users who only survived for eight months. In that study the authors found better efficacy for herbs that promoted heat-clearing (reduction of inflammation), diuresis and detoxification.5

Another remedy used for hundreds of years in TCM is thunder god vine. It is best known for giving relief to patients suffering from rheumatoid arthritis, but it also has a long history of use against cancer.

Separate research groups in the US and Germany studied a key active ingredient in the vine called triptolide.

The Americans found it could decrease a protein called GRP78, which is far more abundant in tumors. GRP78 helps cancer cells survive and multiply. For this reason, the scientists found triptolide to be “an effective compound against pancreatic cancer.”6

The German scientists described it as “superior to current chemotherapeutics for treatment of pancreatic cancer.”7

Owing to their high metabolic demands, rapid proliferation, and inefficient blood vessel supply, oxygen and nutrients are quickly depleted in the microenvironment of pancreatic tumors. Even so, these malignancies are still able to thrive.

This tolerance of extreme conditions is called austerity. It’s one of the reasons this form of cancer is so deadly. It’s able to survive by activating a cell-signaling pathway called Akt/mTOR.

In looking for a potential anti-austerity drug that could disrupt this pathway and make pancreatic tumors fall prey to lack of nutrients, scientists identified a new alkaloid molecule.

It comes from the twigs of a vine found in the Congolese rainforest called Ancistrocladus likoko. The molecule is called ancistrolikokine E3.

Under conditions of nutrient starvation, ancistrolikokine E3 killed the cancer cells, but did not do so when the nutrient supply was plentiful. In other lab tests the Congolese remedy also inhibited migration and colonization, which the researchers believe could stop the spread of pancreatic cancer.9

Ginger: Many of its bioactive components — in particular, gingerol and shagaol – are anti-inflammatories and antioxidants. Ginger has also shown anti-cancer activity in many cell lines by inhibiting growth and inducing apoptosis.

A 2015 study published in PLoS One found ginger extract in both lab cell cultures and mice “had potent growth-inhibitory and cell death-inducing activity against pancreatic cancer cells,” mainly by blasting them with free radicals.10

Researchers from Thomas Jefferson University in Philadelphia found thymoquinone has strong anti-inflammatory activity, inhibits proliferation, and induces apoptosis in pancreatic cancer cell lines. They wrote that it ” is promising for its potential as a preventive and therapeutic strategy” in pancreatic cancer.11

Holy Basil: Used for thousands of years in traditional Indian (Ayurvedic) medicine, a research group from the University of Nebraska Medical Center, Omaha, showed that either the extracts or essential oil from the leaves “inhibit the proliferation, migration, invasion and induce apoptosis” of pancreatic cells in culture.

They also conducted research in mice. Here they found holy basil upregulated genes than inhibit metastasis and induce apoptosis, while genes that promote survival and resistance to chemotherapy or radiation were downregulated.

“Taken together,” they conclude, “these results suggest that the extract or essential oil of basil leaves and the components present in them could be potentially useful as novel agents for the therapy and/or prevention of human PC [pancreatic cancer].12

Feverfew: A potent constituent of feverfew called parthenolide inhibits the activity of NF-kB.

This pro-inflammatory protein complex is an active player in human cancers with roles in initiation, development, metastasis, and resistance to treatment.

A research group from China showed for the first time that parthenolide induces autophagy-mediated apoptosis in pancreatic cell lines.

Autophagy is the mechanism by which cellular waste is cleared, but cancer cells use this process to help themselves survive. Turning off autophagy can help push cancer cells into apoptosis.13

Mistletoe: Cancer Defeated has written about this remarkable plant many times. In a recent study, 220 patients in Europe with locally advanced or metastatic pancreatic cancer were either treated with subcutaneous injections of mistletoe or no therapy (controls). All received best supportive care.

Although the prognosis for all 220 was dismal, they were divided into ‘poor’ and ‘good.’ In the poor group, controls lived for an extra two months on average, but extended survival among the mistletoe group was 3.4 months.

In the good subgroup, the mistletoe patients gained more than twice as much extra life as the controls – 6.6 months versus 3.2. There were also far fewer disease-related symptoms among those taking mistletoe.

The authors concluded that mistletoe offered a non-toxic, significant and clinically relevant prolongation of life.14