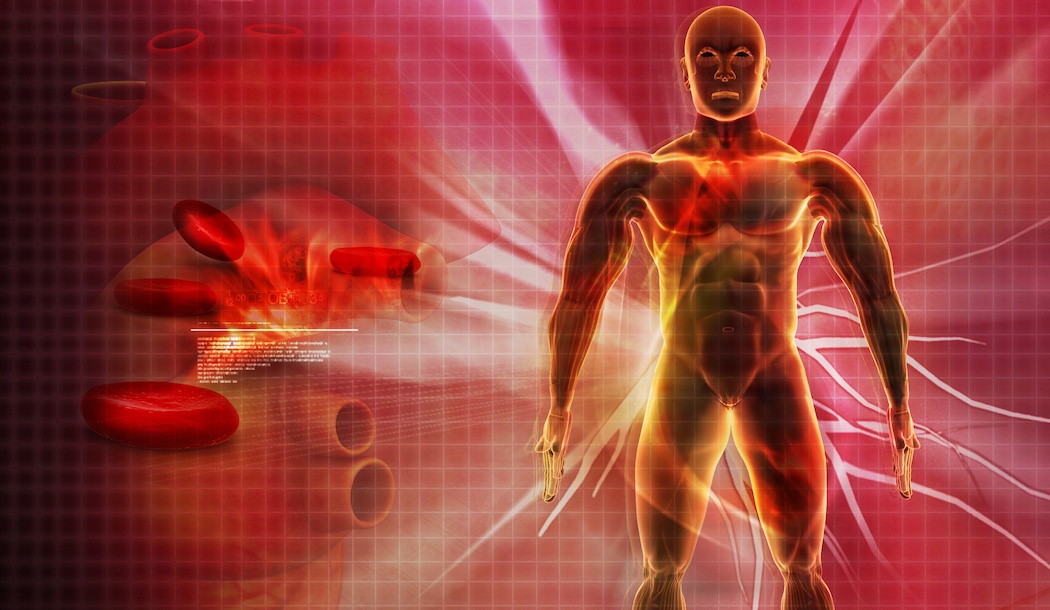 At first glance, gallstones don’t appear to have much in common with asthma. And COVID-19 seems quite different from Alzheimer’s. Yet these, and many other common diseases are all driven by a single factor – uncontrolled inflammation.

Inflammation is very much involved in cancer too, but its importance hasn’t been given the attention it deserves. Resolving inflammation may be critical in both the prevention and treatment of the disease.

Described as a “hero of medicine,” Rudolf Virchow is considered one of the most brilliant physicians and scientists of the nineteenth century. In 1863, Dr. Virchow was the first to suggest chronic inflammation can stimulate the growth of cells that lead to cancer.

Since then, many laboratory studies have shown chronic inflammation is capable of kick-starting the disease process and can promote cancer’s growth and spread. This is also confirmed in real world patients whose tumors have formed at sites of persistent inflammation, infection or injury.

Examples include people who smoke, or have Crohn’s disease, pancreatitis or hepatitis. These can lead to cancers of the lung, bowel, pancreas and liver respectively.

Fortunately, by our own actions we can lower the risk of inflammation. Strategies include not smoking, maintaining a healthy weight and avoiding inflammation-causing foods such as those that are refined, fried, highly processed or contain added sugars.

But with as many as 15 million environmental chemicals worldwide, it’s virtually impossible to avoid coming into daily contact with inflammation-causing carcinogens, so finding a safe and effective way to counteract these toxic substances after they enter the body is imperative. Of course, conventional medicine rarely has an answer. In fact, when it comes to healing cancer, the treatments themselves are part of the toxin problem.

It’s not only in the prevention of cancer that inflammation needs to be resolved, it also applies to cancer treatment itself.

Conventional therapies directly promote inflammation with the methods they employ. Chemotherapy, radiation and surgery are therefore all capable of stimulating tumor growth.

These, as well as the new targeted therapies, are also indirectly harmful because, when they kill the tumor, they leave behind debris which itself causes inflammation and stimulates tumor growth—more on this in a minute.

Currently, the only answer to inflammation caused by cancer treatment is to suppress it with various types of anti-inflammatory drugs that block certain immune functions. However, clinical trials have found such agents only hold back tumors for a short duration, cause multiple toxicities within the body and lead to other tissue damage. What’s more, they actually suppress the immune system, increasing the risk of new cancers.

It’s clear that another approach is urgently needed to block inflammation. One scientist believes he may have found the answer in SPMs

A safe way to scale down inflammation

Professor Charles N. Serhan at Harvard Medical School currently leads a multidisciplinary team of experts whose aim is to uncover how acute inflammation and tissue injury is resolved in the body.

His journey began in 1984 when he and his colleagues discovered lipoxins—compounds derived from fatty acids and produced by the body itself that have roles in the regulation of inflammation. They later discovered similar compounds called resolvins, protectins, and maresins, and these in turn contain various subgroups or series.

Together, these make up specialized pro-resolving mediators or SPMs. All of these are derived from the omega-3 fatty acids DHA and EPA, and all act as “brake signals” to turn off, or to resolve, inflammation.

Most important, they work safely.

In a new paper, Prof. Serhan and his colleagues write that “in dramatic contrast” to current anti-inflammatory drugs, SPMs don’t suppress the immune system or encourage blood clots, scarring or angiogenesis (the creation of new blood vessels which allow tumors to grow and spread).

SPMs also have another key property that was demonstrated in a 2017 study which focused on resolvins alone.

The Harvard team used animal models to show that tumor cell debris from conventional treatments sets off an inflammatory cascade in the body and also encourages lingering, living cancer cells that aren’t killed off to develop into new tumors.

The debris plus the surviving tumor cells creates a toxic mix that accelerates tumor growth a hundredfold. This occurs, they discovered, because a molecule called phosphatidylserine remains exposed on fragments of dead cells. This is detected by the immune system leading to a flood of inflammatory activity which not only drives growth of the surviving cancer cells but causes resistance to further treatment.

The research team also made an even bigger discovery.

They tested the effect of administering resolvins when different conventional treatments are applied.

The resolvins enhanced the clearance of cellular debris in multiple tumor types and countered the signals from debris that induce the immune system to respond to inflammation. This inhibited debris-stimulated tumor growth and also prevented cancer cells from metastasizing.

Prof. Serhan wrote, “Dead and dying tumor cells are an under-appreciated component of the tumor microenvironment that may promote tumor progression.

“While generation of tumor cell debris throughout treatment may explain an inherent therapeutic limit to conventional cancer therapies, stimulating the clearance of such debris via specialized pro-resolving mediators, such as resolvins, represents a novel approach to preventing tumor growth and recurrence.”

The Harvard team describe the resolution of inflammation as an active biochemical process. In other words, it’s not a case of “job done” so immune activity just dissipates. Instead, specific signals have to be generated for resolution to take place.

They call this new understanding a “paradigm shift” which will lead to a greater focus on inflammation resolution as opposed to just the artificial suppression of inflammation, as is currently the case.

How to boost SPMs

The Serhan lab is working on the development of synthetic forms of SPM that can be turned into drugs. These would be expected to have extremely wide application in cancer and many other diseases as well as the control of pain and inflammation after surgery.

That, of course, will take time, but there are some ways we can increase the production of SPMs right now. Even better, we can do it naturally.
The first way is to make sure your diet contains adequate amounts of the omega-3 fatty acid derivatives EPA and DHA. These naturally trigger the production of the body’s resolvins and are precursors for many other types of SPMs.

Evidence already exists to suggest a diet enriched with omega-3 can increase SPM availability in various parts of the body. In fact, omega-3 fatty acids from fish oils are well known for their anti-inflammatory activity and are also associated with a lower risk of some cancers. SPMs may be part or even the whole reason for this.

Good sources of omega-3 are walnuts, avocados, sage, flaxseed and oily fish such as herring, mackerel, salmon and sardines.

On top of a diet with strong levels of omega-3 fatty acids, studies show that you can further increase SPMs by taking low-dose aspirin. Studies show this effectively increased plasma resolvin levels in human subjects.

Dr. Nicos Petasis from the University of Southern California explains, “Aspirin is able to modify an inflammatory enzyme to stop forming molecules that propagate inflammation and instead produce molecules from omega-3 fatty acids, like resolvin D3, that help inflammation to end.”

Low-dose aspirin has shown itself to be very effective at reducing the risk of cancer, but as highlighted earlier, all anti-inflammatory drugs come with risks. I for one don’t think that taking low-dose aspirin over the long-term is the best idea. However, you could try this in the short term and see if you notice any results either physically or on your tests results.

Another safer option is stretching.

This simple exercise has been shown to accelerate blood flow, improve immunity, lower inflammation and even reduce tumor growth in mice. Stretching was also shown to lower inflammation within connective tissue and increase the concentration of resolvin D1. Best of all, stretching is accessible to almost everyone—even those confined to a chair or a bed.