A Simple Answer to the HRT-versus-Cancer Debate – Cancer Defeated

A Simple Answer to the HRT-versus-Cancer Debate 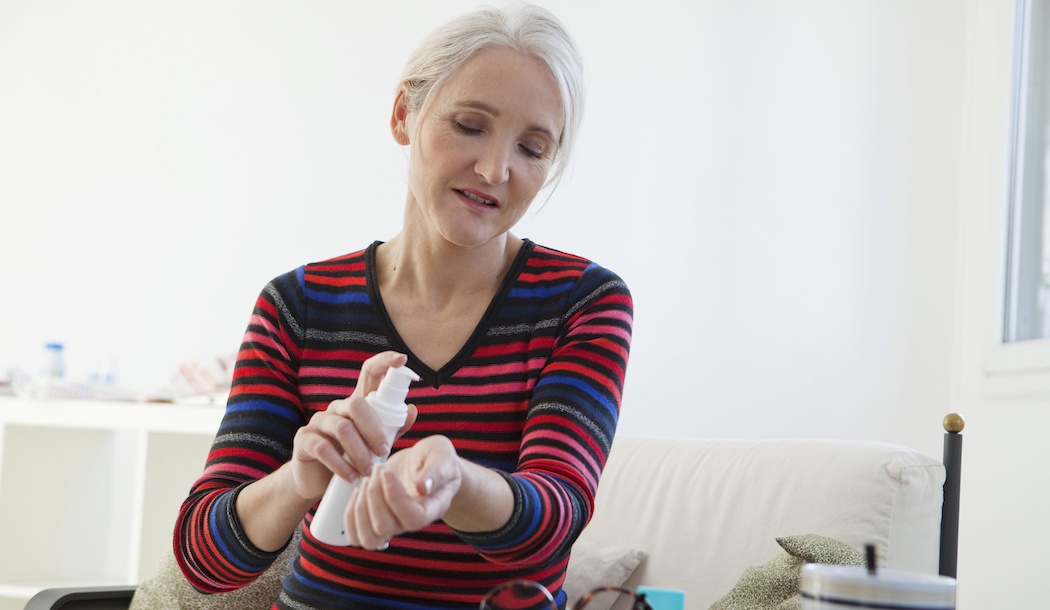 The topic of hormone replacement therapy, or HRT, can be as polarizing these days as politics. Even members of the medical community can fly into a rage about it.

And the massive amount of misinformation on the internet helps nobody.

I’ve heard doctors spout off advice about how important it is to consider risks versus benefits. And that’s where it gets tricky. Because a risk of HRT is that it may cause cancer. And a benefit of HRT is that… it may prevent cancer.

This article will try to give the straight story, so you can make an informed decision. What I’ve learned may surprise you…

Why HRT ping-pongs in popularity

Hormone replacement therapy has been around since the 1960s. It’s generally made up of just estrogen or a combination of estrogen and progestin.

The major reason women use HRT is to stave off symptoms of menopause. These might include hot flashes (or hot flushes, depending on where you’re from), exhaustion, bone loss, and sleep disruption, among other problems.

HRT ping-pongs back and forth in terms of popularity, depending mostly on whatever study has recently surfaced. The therapy was used widely up until 1975, when two studies showed it increased the risk of endometrial cancer. Then it crept back into widespread use until 2002, when a report from the massive Women’s Health Initiative Hormone trials, which studied over 27,000 women, found HRT increased breast cancer risk.

Women who use estrogen-only HRT for over five years see breast cancer risk go up by 30 percent. They also see a hike in endometrial cancer risk, and the likelihood that cancer will spread and spread fast was similarly elevated.

Not that cancer is the only problem caused by HRT. Other risks include dementia, blood clots, stroke, heart attack, and urinary incontinence. On top of that, for women who use HRT, mammograms are less effective in finding early signs of breast cancer.

And then for any woman diagnosed with estrogen-positive breast cancer, HRT is not recommended. The same is true for anyone who’s had ovarian or endometrial cancer.

I need to add that nearly all these hazards involved “faux” hormones manufactured by drug companies, rather than bioidentical hormones – the ones like those the body produces naturally. Advocates of bioidentical hormone therapy say it is complete safe, and I’m inclined to believe them.

But needless to say, the synthetic version is more readily available from conventional doctors, so that’s what I’m talking about here. Hunting up an integrative physician who will do bioidentical HRT may be a challenge for many women.

I can testify how hard it is to find an integrative doctor who suits your needs. Many of them have particular specialties or enthusiasms. They may be great at Alzheimer’s or Lyme or cancer, but not know the first thing about treating menopause. All too often, finding the right doctor involves travel, hotels – and money.

That leaves most women with conventional HRT and its many dangers. And it prompts the question: Why would anyone want to bother with it?

The immediate answer is because most people want to avoid the daily discomfort of menopause. Hot flashes have been described as being trapped in a fiery inferno. Mood swings, sleep problems, and heart palpitations are no picnic. And if that’s a daily reality for someone, the far-off, abstract risk of cancer matters less than taking something that offers potential relief.

In addition, some research has shown HRT may slightly lower the risk of bowel cancer. In a study from the Journal of Clinical Oncology, oral HRT reduced colorectal cancer risk by 63% in postmenopausal women, after adjusting for other risk factors.

Then some research outlets will tell you that although there is strong evidence HRT increases cancer risk, other risk factors – like smoking or being overweight – are far worse risk factors. This is not a very convincing rationalization, in my view.

Is eating this the easy answer?

So what does it all mean? Must you choose between miserable daily symptoms or a potential life-threatening diagnosis?

For example, last spring a study published in the journal Maturitas reported that vegans were less bothered by vasomotor symptoms (a fancy way of saying fewer night sweats and hot flashes) and had fewer physical menopausal symptoms (like weight gain). The take-home lesson was to eat more vegetables and less “flesh food.”

There are many brands of grape seed extract. Our sister company Green Valley Natural Solutions includes 150 mg of this nutrient in its Stem Cell Restore formula (along with a host of other extremely valuable nutrients).

Still another study showed that if you eat more phytoestrogens, like soy, it could significantly lower the occurrence of hot flashes compared to control groups – and with no side effects.

Plus, there’s the added benefit that just about every cancer risk is lessened when you load your diet with plant-based nutrients.

And let me add one more thing:  Obesity is a factor in menopause symptoms. You have a much better chance of sailing through menopause with few problems if you have a healthy weight.  And it’s best to hit your healthy weight BEFORE first symptoms appear.

No side effect except better health

So in more ways than one, there’s no downside to battling menopause symptoms by incorporating more plants into your diet, particularly if you focus on cruciferous vegetables and darker foods – like berries – with higher antioxidant levels.

The dietary approach will either work for you or it won’t – I’d give it several months. And if it doesn’t work, your doctor will still be poised with prescription pad in hand, if that’s what you choose.

Just be aware that with hormone replacement therapy there are significant downsides and risks.

Does several months seem like a long time to give food a chance? Well, menopause typically lasts as long as five years. And peripmenopause – the transition period before full menopause – can last as long as ten years (four years is average). So it seems reasonable to give a natural solution a good, long try before turning to the drugs.

If I were a woman (easy for me to say. . .but bear with me), I would not do conventional HRT. I’d try natural solutions, and then MAYBE get myself to a bioidentical HRT doc even if it involved travel.

The whole subject of menopause and treatments for it is controversial. Some natural health enthusiasts will tell you menopause is a product of unhealthy lifestyles in rich countries. It doesn’t exist – so some people say – in simpler cultures.

I don’t know about that. Can’t say.

It’s clearly an issue that requires a look at your own personal symptoms and health history, and a chat with your doctor. But when in doubt, my advice is to steer clear of injecting hormones into your body in a non-natural way.