A Soda a Day Keeps the Doctors at Bay – Cancer Defeated

A Soda a Day Keeps the Doctors at Bay 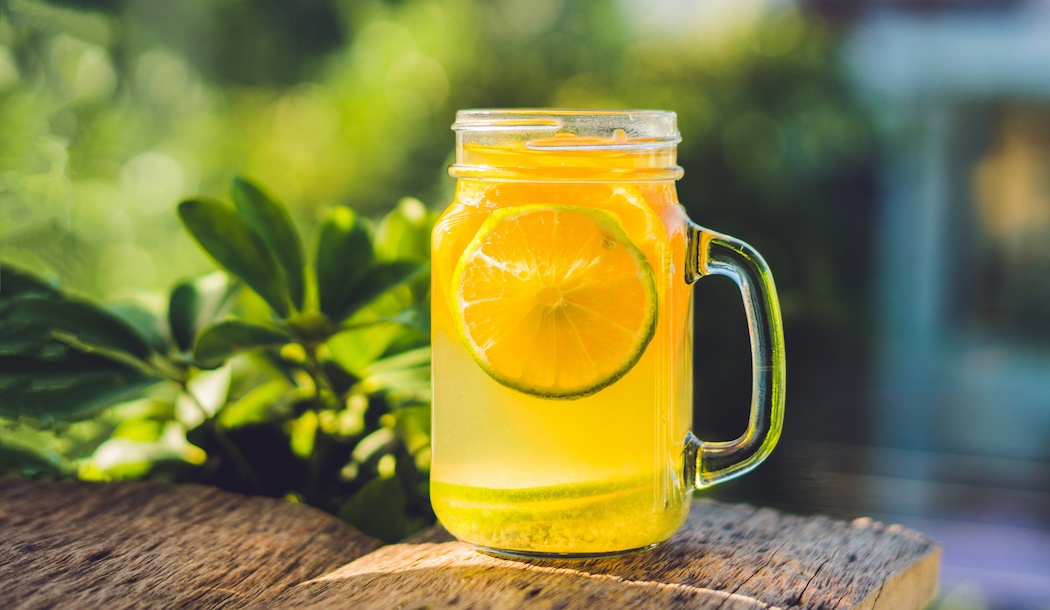 Most of us know soda (or soda pop, as we say in my native Midwest) is bad news – whether it’s regular or diet.

But there IS one soda that’s an exception. It’s unconventional, for sure, but it does taste good and I’ve taken to it lately. It can improve your energy levels, cut your craving for sugar, and help stave off diseases like cancer.

AND it tastes sweet, comes in a variety of flavors, and has those refreshing bubbles. Who could ask for more?

Kombucha, the type of soda I’m talking about, is soon to go mainstream due to PepsiCo’s recent buyout of a company called Kevita. You may see this soda available in fountain drink machines and convenience stores across the country. Meanwhile, any number of kombucha brands are available in health food stores.

Kombucha is a great alternative to the sugary, caffeine-heavy beverages monopolizing most of the American drink market. As far as I’m concerned, this one is in a league of its own. If you’ve ever had a sip of kombucha, you know why…

Kombucha has been consumed for thousands of years. But originally, it was served as a tea, and the modern version found in grocery store coolers is still a tea, just with more flavoring and carbonation.

The history of kombucha is unclear, but the beverage likely originated in the 1600s in Manchuria, then part of the Chinese empire, and these days divided between Russia and China. It’s now consumed throughout the world, but has about 80 different names depending on what nation is doing the talking. Some of the more unusual labels include spumonto, Manchurian fungus, teeschwamm, hongo, wunderpilz, and “champagne of life.”

Kombucha is made by combining specific strains of bacteria, yeast, and sugar with black or green tea. The mixture is then left to ferment for a week or more. The fermentation process creates acetic acid, plus trace levels of alcohol and gases. The combination of these things is what makes the drink carbonated.

While kombucha ferments, a mushroom-like film made up of bacteria and yeast forms on the surface of the liquid. This is where the nickname “mushroom tea” comes from. And it’s this same symbiotic colony of bacteria and yeast, also known as a SCOBY, which can be used to ferment a new batch of kombucha.

Acetic acid is also found in vinegar, which is why most people describe kombucha as having a slightly vinegar-like aroma. Acetic acid is known to help reduce inflammation, lower blood pressure, and fight off “bad” bacteria and other undesirable microbes. (That’s why some people drink apple cider vinegar as a health beverage.)

But it’s the probiotics that make kombucha particularly powerful as a health aid. Probiotics help fill your gut with the kind of good bacteria that have a terrific effect on overall health. A regular dose of probiotics to your system helps improve digestion, lowers inflammation, encourages weight loss, and supports your immune system.

So in Kombucha you’re getting a double dose of anti-inflammatories, by way of both acetic acid and the probiotic microbes. And speaking for myself, I need all the natural anti-inflammatories I can get (I also take turmeric, Boswellia, silymarin, and pelargonium, a potent new herb that was recently introduced by our sister company, Green Valley Natural Solutions.)

Among its many benefits, kombucha also offers a dose of antioxidants. Several studies have found that those antioxidants help fight off toxins. A 2011 study from the Journal of Pathophysiology found that kombucha could curb oxidative (i.e. free radical) stress.

But here’s the latest development. . .

For Cancer Defeated readers, the most exciting news came along in 2008, when a study published in the Journal of the Balkan Union of Oncology showed that kombucha helped prevent the growth of cancer cells.

If Balkan medical journals don’t impress you, then consider findings published in 2013 by the Journal of Biomedicine & Preventive Nutrition. The researchers found kombucha decreased the survival time of cancer cells. Both studies looked at the effects of kombucha on cancer cells housed in a test tube, so the results are not the last word. Tests in animal and human subjects are needed.

Finally, a really interesting effect of kombucha appears to be that those who drink it don’t feel the need for as much sugar. If you’re addicted to sugar and sugary snacks, this could help.

Several people report feeling reduced or no sugar cravings after consuming kombucha daily for two weeks. That doesn’t amount to scientific proof. We need studies to back up this claim, but meanwhile a handful of published journal articles prove kombucha helps manage blood sugar levels.

Can kombucha get you drunk?

Whether your word for soft drinks is “pop” or “soda,” kombucha is an ideal carbonated beverage. It’s not a cure for anything on its own, but it does equip your body with multiple health benefits that strengthen your immune system against disease.

Just keep in mind that the beverage is slightly alcoholic, although it’s not a federally regulated beverage, because the alcohol content is less than 0.5%. If you’re avoiding alcohol because of specific medications you take, or because you’re pregnant or nursing, it’s best to get kombucha cleared by your doctor.

I also recommend caution if you try your hand making kombucha at home. The problem with home preparation is that over-fermentation and contamination could take place during the brewing process, which could lead to illness. The risk is small, but easily avoided by drinking store-bought kombucha.

Branded kombucha from a store will almost always have a lower alcohol level than the home brew. But when buying kombucha, make sure to check the sugar levels and opt for whichever brand has the lowest amount.

The brand I get at my local health food store is sweetened with fruit juice. It’s still plenty sweet, but then I don’t drink more than a glass or two a week.