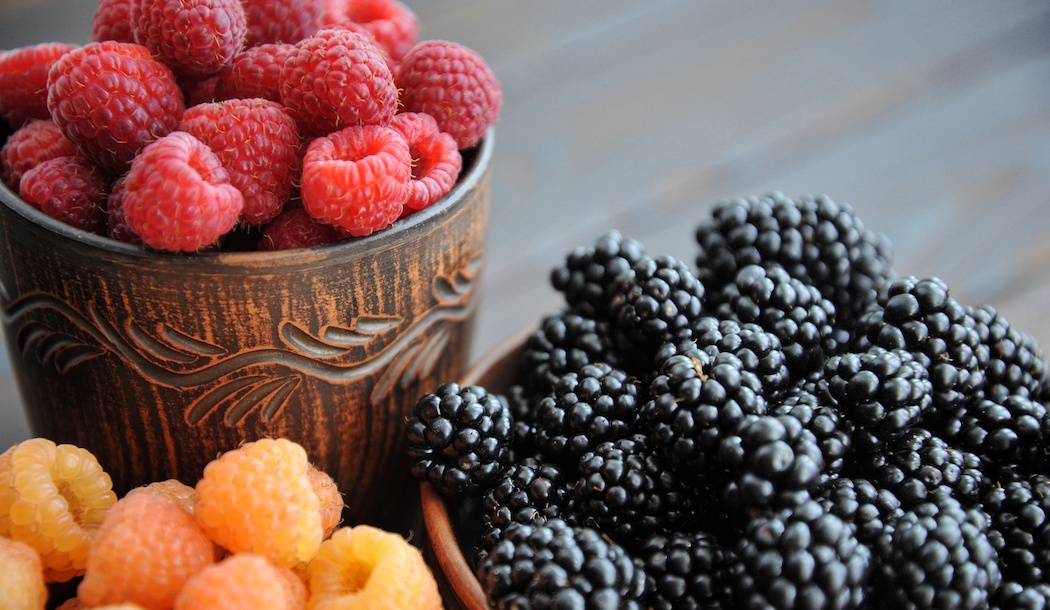 It’s not often that a diet fad has other important medical applications, but in the case of this all-natural fat buster, that appears to be the case.

Raspberry ketones have been a diet fad for some time, but how do they work? And what could they possibly have to do with fighting cancer?

Let’s look at the science…

Raspberries themselves have always been considered part of a healthy diet, given that they’re high in antioxidants and low in calories. And ketones come from red raspberries, though they’re also found in cranberries and blackberries.

Raspberry ketones are the primary aromatic compound of the red raspberry — in plain English, ketones are the elements that give off that delicious raspberry smell you find in the fruit and in any soft drinks, ice creams and other products that they’re added to.

Because of ketones, you can have the scent without having the fruit. In fact, you can’t get a significant dose of ketones from eating raspberries. You’d need to eat roughly 90 pounds worth of fruit to get the same concentration found in ketone supplements.

Chemically, raspberry ketones are biosynthesized from coumaroyl-CoA, which is a key compound in flavonoids, which are found in plants. Consumable raspberry ketone is a manufactured product and retails through a variety of supplement makers. Raspberry ketone is also used in makeup and as a fragrance. Some people even consider it helpful in correcting hair loss.

Ketones are also considered antioxidants and have a structure like capsaicin (that’s what gives chili peppers their spice) and synephrine, which is a natural alternative to ephedrine, often used in weight loss supplements. Both capsaicin and synephrine have shown promise as anti-obesity treatments. So have raspberry ketones.

Raspberry ketones got a lot of lip service after being featured on the Dr. Oz show several years ago. The segment was titled “Miracle fat-burner in a bottle” (and who doesn’t love that idea?). Stores couldn’t keep up with the demand that followed.

A lot of the excitement comes from mice studies where the animals were put on a high-fat diet and given significant doses of ketones for ten weeks. The mice that got the high ketone doses accumulated less fat than the control group. They also appeared to have a significant increase in fat decomposition.

Because of those animal studies, it’s believed that raspberry ketones might help with metabolism. The theory is that they affect a hormone called adiponectin which helps regulate glucose levels and the breakdown of fatty acids.

Adiponectin levels are mostly determined by diet, exercise, genetics, and the amount of abdominal fat a person has. It’s believed that by increasing adiponectin, the body is better able to regulate metabolism and keep stored-up fat in check.

But if we overeat or quit exercising, adiponectin levels get overwhelmed by the number of calories that need to be metabolized. That’s when love handles and belly fat start to build.

Here’s where the cancer connection comes in.

When adiponectin levels start to drop, the risk for diabetes, heart disease, and obesity-related cancers goes up. The chance of developing malignancies also goes up.

On top of that, several cancer cell lines have adiponectin receptors. And in vitro tests of adiponectin showed that it limits cancer cell proliferation and prompts apoptosis (cell death).

Researchers have also found that the less adiponectin a woman has, the greater her risk of endometrial cancer and — if she’s post-menopausal — breast cancer. And because low adiponectin is also associated with insulin resistance — that early warning sign of diabetes — and insulin resistance helps determine obesity, a drop in adiponectin levels may mean a rise in dysfunctional fat tissue that could lead to cancer.

So, it’s clear that adiponectin plays a role both in determining cancer risk and may aslo point toward a possible treatment. Plus, medications that increase adiponectin levels are proving to be useful as anticancer agents. In terms of understanding and treating obesity-associated malignancies, adiponectin could be an important key.

To date, most of the research on ketones and cancer is in laboratory animals. However, those studies show promise. For example, one study in mice with metastatic cancer found that ketone supplementation dramatically reduced the number of tumors and slightly increased survival time.

Other research suggests that because raspberry ketones can reduce inflammation, they may help the body fight off cancer and other chronic illnesses.

So far, so good — but there’s not enough evidence yet.

Something to keep in mind is that raspberry ketones aren’t considered effective on their own for weight loss or for anything else. You’ve still got to follow a healthy diet and lifestyle if you want to realize the benefits of this supplement whether you’re trying to lose weight or fight a disease like cancer.

What’s more, there are other natural ways to increase your adiponectin levels, besides raspberry ketone supplementation. Exercise and diet go a long way. As I mentioned above, adiponectin levels fall too low in the first place because we eat too much and we’re too inactive.

Other ways to increase adiponectin levels

If you decide to take the plunge anyway, what dose of ketones should you take? Turns out it’s not easy to say. It depends on basic factors like age and general health along with preexisting conditions.

Little is known about side effects (if any) of raspberry ketones. We need more research here, too. Some medical professionals worry about the connection between raspberry ketones and synephrine, given that synephrine is a stimulant. It’s known to cause the jitters at least or high blood pressure at worst.

That leaves the whole safety issue up in the air, although the FDA gave raspberry ketones GRAS status (generally recognized as safe) over fifty years ago. I suspect they were looking at small doses used as a food flavoring; they probably weren’t considering large, therapeutic doses.

I’m no expert, but this isn’t rocket science: If you’re taking raspberry ketones and find yourself feeling too wired or having insomnia, cut back on your dose or stop altogether.

Raspberry ketones hold a lot of promise as an herbal medicine for several processes that underlie age-related illness. I look forward to investigating any new findings as they emerge.