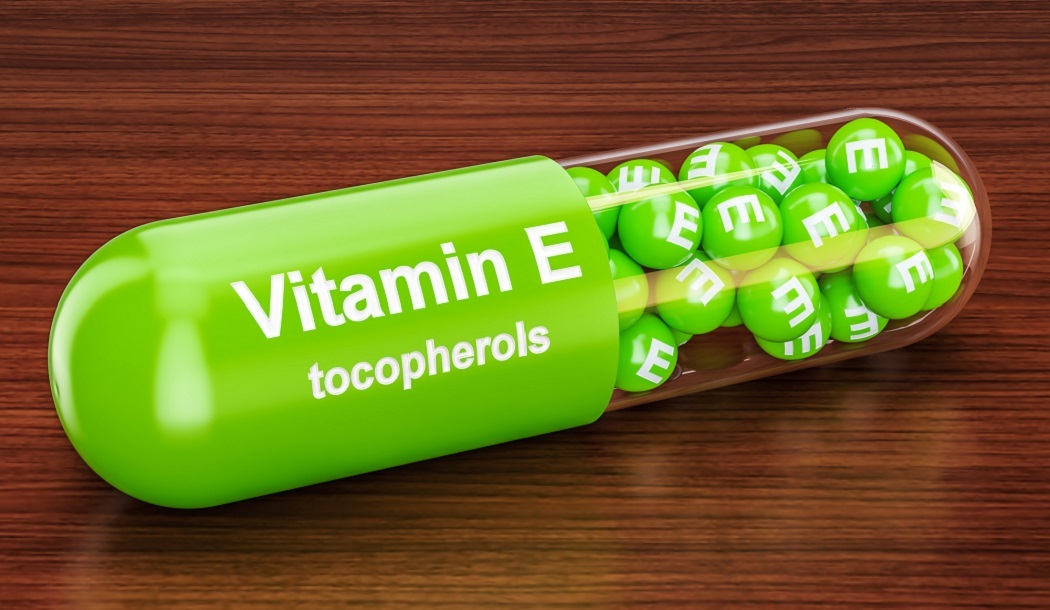 Every spring I send one of my reporters to the annual Annie Appleseed Cancer Conference in West Palm Beach, Florida to bring you a report on the latest treatments. This is the third of several articles reporting on treatments discussed during the conference.

For the last 35 years, Barrie Tan, Ph.D., has been researching the health benefits of vitamin E. At this point he may be the world’s foremost vitamin E expert.

To understand the importance of Dr. Tan’s findings, you first must understand that vitamin E is the collective name for a group of eight fat-soluble compounds that perform critical antioxidant activities in the body. These compounds include four tocopherols and four tocotrienols.

To date, there have been many studies on vitamin E and cancer, mostly positive.

For instance, scientists have found relationships between increased intake of vitamin E and a lower risk of cancer, as well as a lower risk of death from all major diseases including heart disease.

In a meta-analysis of the research, reported last year in the International Journal for Vitamin and Nutrition Research, scientists in Shanghai analyzed three randomized trials and eight studies that examined the effect of vitamin E consumption on the risk of bladder cancer.

They found an 11 percent lower risk of bladder cancer among subjects whose intake was highest compared to those who had a lower intake.

“To our knowledge, this is the largest study to examine alpha-tocopherol biochemical status in relation to overall and cause-specific mortality,” Jiaqi Huang, PhD and his colleagues from, the National Cancer Institute announced.

He continued, “Our data supports the long-term health benefits of higher serum alpha-tocopherol for overall and chronic disease mortality and should be replicated in other more diverse populations.”1

The research begs the question…

Which vitamin E compound
is most powerful against cancer?

A review of existing research reveals that most science has been performed on tocopherols, and that alpha-tocopherol is credited with carrying out antioxidant activities in the body. However, throughout the decades of researching vitamin E, Dr. Tan has come to believe this is not true. He says the healthiest form of vitamin E is the tocotrienols.

For example, Dr. Tan told the Annie Appleseed Cancer Conference that tocotrienols can provide 40 to 60 times more antioxidant protection than tocopherols. What’s more, tocotrienols are smaller and more agile molecules, allowing them to move around the body 50 times faster than tocopherols.2

Plus, recent studies have revealed that tocotrienols are testing stronger than tocopherols against cancer in animal models and lab-cultured cell lines.3

The studies reveal that tocotrienols have anti-angiogenic effects on tumors, which means they prevent the formation of blood vessels that feed tumors.4

Researchers in England studied an intravenous delivery system of concentrated tocotrienol in laboratory animals and found that it led to tumor regression and improved survival rate compared to animals that did not receive the intravenous tocotrienol. In addition, there were no negative side effects.

Researchers concluded that this is a “highly promising therapeutic system, leading to tumor regression after IV administration without visible toxicity.”5

The Detroit researchers studied the effects of tocotrienols and curcumin (the anti-inflammatory, anti-cancer compound found in the spice turmeric) on the growth and development of colon cancer cells in mice. They concluded that together these natural compounds worked synergistically and “significantly inhibited growth” of colon cancer cells.6

A review of the research published in the International Journal of Molecular Science reports that “Tocotrienols can suppress the growth of different malignancies, including those of the breast, lung, ovary, prostate, liver, brain, colon, myeloma and pancreas.”7

Even more exciting, the positive results of the laboratory research on tocotrienol’s ability to fight cancer in animals is bearing out in humans.

Tocotrienol fights cancer in people, too

In a clinical trial of ovarian cancer, researchers gave patients with chemotherapy-resistant cancers 300 mg of tocotrienol and the drug bevacizumab (which stops tumor-feeding blood vessels from forming). The result was a 70 percent rate of disease stabilization.8

In a clinical trial of pancreatic cancer, researchers found 400 mg to 1600 mg of tocotrienol alone “significantly induced apoptosis” in the majority of patients with no adverse effects.9

These results are why Dr. Tan’s discovery is so exciting.

As Dr. Tan explained at the Annie Appleseed Cancer Conference, he began searching for natural sources of tocotrienols, which he found in palm plants and rice. However, no source ever compared to the tocotrienols he found in a unique plant from the Amazon rainforest.

The plant’s official name is annatto tocotrienol, but in the Amazon it’s known as the lipstick plant because native peoples used it to make their cultural face markings. In the West, we’ve used this plant as natural food coloring.

“These are the most potent antioxidants of the vitamin E family,” explained Dr. Tan. “This plant is as close to medicine as you can possibly get!”

How to take tocotrienol

Dr. Tan says 100 mg to 200 mg of tocotrienol per day is adequate for a healthy person. For those with health concerns, between 300 mg to 600 mg per day is recommended, dividing your dosage with no more than 300 mg taken at each meal.  This is far more than the U.S. government’s recommended daily intake of 15 mg, so once again their nutritional guidelines fall short.

Dr. Tan recommends against supplementing with tocopherols at all, as they can interfere with tocotrienol absorption. That means that many of the vitamin E supplements available on the market today are inadequate because they contain both tocopherols and tocotrienols in the same capsule.

Cancer Defeated’s recommendation has been to supplement tocotrienol and tocopherols on alternate days. Also, the doses of tocotrienols Dr. Tan recommends are quite large.

What’s interesting is that Dr. Tan believes you can easily obtain the recommended 15 mg a day of tocopherols through diet alone (although this is not true of tocotrienols.)

For instance, eating a handful of nuts or sunflower seeds will provide enough tocopherols, so will consuming foods cooked in sunflower or safflower oils, such as salad dressings, baked goods and chips and crackers—even the “healthy” ones. I would urge eating the nuts or seeds, not the oils and baked goods.

Dr. Tan manufactures vitamin E products from the lipstick plant through his company American River Nutrition, based in Massachusetts.