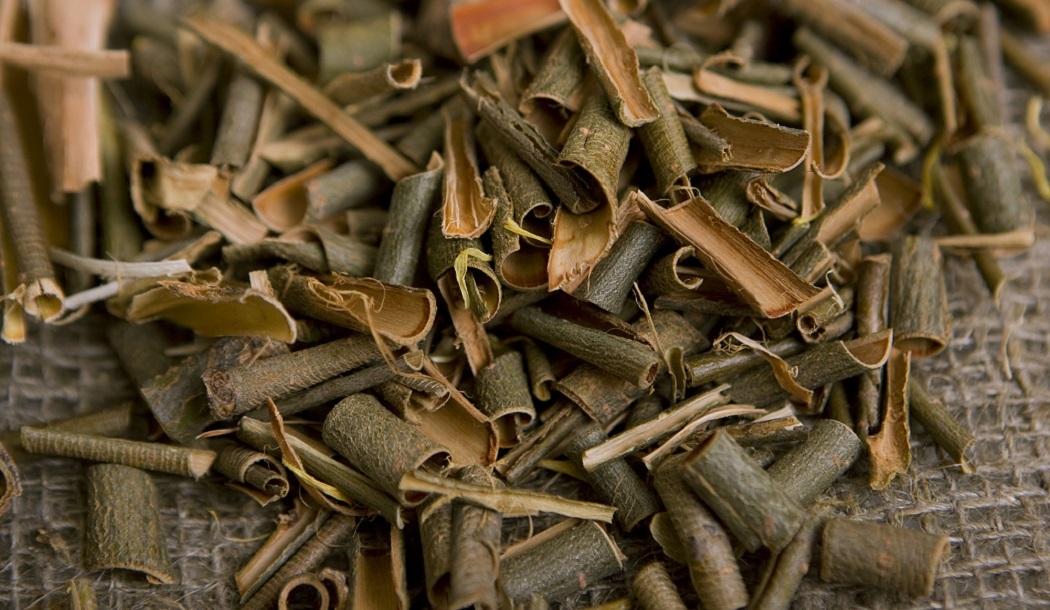 Salicin was isolated from the bark of the willow tree in 1897 and turned into acetylsalicytate, or aspirin, as it’s better known today.

By 1950, aspirin had become the most frequently sold painkilling drug and earned a spot in the Guinness Book of Records.

Today, aspirin is one of the most researched drugs in the world, with an estimated 700 to 1,000 clinical trials conducted every year, as scientists investigate new treatments for everything from cardiovascular disease to cancer.

Recently, it’s even been suggested that a daily dose of aspirin may prevent cancer. It’s a dubious idea but you can see what I said it about it here.

During the century of aspirin’s success, the willow tree was all but forgotten. But now scientists are bringing willow back into the medical spotlight, and they’re finding its bark, stem and leaves contain compounds that have the potential to be effective anti-cancer remedies – and are much safer than the drug.

Before aspirin, the willow tree was a source of medicine for early folk healers in the United States. But its use goes back 6,000 years to 4000 BC, when records indicate healers in Assyria (now northern Iraq and southeastern Turkey) used willow leaves for painful musculoskeletal joint pain and to reduce fever.

In 1300 BC, the Egyptians used willow leaves for joint pain, fever reduction, as well as pain and inflammation from wounds.

The famous Greek physician Hippocrates is credited with inspiring the popularity of willow’s medicinal benefits around the year 400 BC.

Historians have also found records of willow’s use in ancient Sumeria, Babylonia and China.

However, it wasn’t until 1763 that researchers performed the first scientific investigation into the plant as a remedy for fever.

More than one hundred years later, when aspirin came along, willow’s use for pain relief, inflammation and fever fell out of favor.

In 2001, a study out of Germany sparked renewed interest in the tree when researchers gave standardized willow bark extract at a therapeutic dose to healthy volunteers in an attempt to identify how willow bark reduces pain and inflammation.

After blood analysis, researchers concluded that salicin levels were too low to account for the medicinal activity of the herbal extract; other factors must be involved.

Similar studies from other researchers followed, reinforcing the earlier findings. This led another German group in 2010 to conclude, “pharmacological studies have shown that salicin alone, despite being involved in its therapeutic action, cannot fully explain its clinical efficacy.”

Researchers point out that many compounds exist within willow trees. An extract from the bark of one species was found to be rich not only in salicin but also in the antioxidants catechin and catechol, both of which have anti-cancer activity. (Alert readers may remember that catechins also figure in the anti-cancer powers of green tea.)

Other components of the willow plant include fragilin, salicortin, and other salicylates, polyphenolic glycosides and flavonoids. Many of these have antioxidant qualities and have been shown to protect against free radicals andsymptoms related to aging.

That’s why traditional herbalists use extracts of the whole willow tree plant to capture these additional benefits.

What’s more, while the whole plant may not be as potent as the isolated “active” ingredient like salicin, it remains therapeutic and is far safer than the synthetic equivalent of aspirin, with its dangerous gastrointestinal side effects.

A kind word for whole herbs

It often happens that whole herbs, containing hundreds of compounds, are more beneficial than the individual compounds that modern science extracts and marketers tout in supplements.

I’m all for finding these potent single compounds – and sometimes you need higher amounts than you’re ever going to find in plants. For example, you’d have to eat tomatoes by the bushel to get therapeutic amounts of lycopene.

But all the same, we need to have more respect for whole herbs.  Turmeric is another example where we may be better off consuming the whole herb than single compounds like curcumin. Green Valley Natural Solutions, our sister company, has a pain supplement called Triple Joint Relief Gold Formula that’s based on exactly that truth.

Meanwhile, getting back to willow, scientists also made another discovery. The willow bark extract salicin, like aspirin, exerts anti-inflammatory effects through inhibition of COX enzymes, but does so in a different way. This suggests that salicin has other potential medicinal applications, such as acting against cancer.

In 2014, a scientific group from South Korea extracted salicin from white willow bark and found it suppressed angiogenesis, the formation of new blood vessels that support the growth of tumors. It achieved this valuable feat by blocking key signaling pathways that play a major role in cancer development and progression.

When the researchers tested it in a mouse tumor model, salicin inhibited angiogenesis and tumor growth. The researchers concluded that salicin is “a potent therapeutic agent for hypervascularized tumors.”

Scientists from Egypt tested the anti-cancer activity of salicin in both lab-grown cell lines and animal models of breast and pancreatic cancer. Salicin decreased tumor weight and volume, lowered cancer-producing proteins, and was directly toxic to the cells. They described salicin as a promising anti-cancer drug.

In recent years it’s also been discovered that bitter taste receptors (TAS2Rs) are not only for tasting food.

Researchers found TAS2Rs are expressed not only in the tongue, but all over the body, including tissues of the central nervous system. As it turns out, TAS2Rs are part of the body’s natural defense system and act against cancer.

In fact, scientists believe targeting TAS2Rs could be a novel anti-cancer strategy and has potential in the fight against neuroblastoma.

Neuroblastoma is a very deadly form of cancer that mainly affects babies and young children. It has an overall survival rate below five percent and accounts for twelve percent of childhood cancer deaths in the U.S. We can give thanks it’s a rare disease.

Researchers performing laboratory studies discovered that TAS2Rs are expressed in the rodent brain and that salicin binds and activates the bitter taste receptor TAS2R16.

In 2015, a group of German scientists tested salicin against a neuroblastoma cell line and found, through this mechanism, it acted against key proteins and pathways to inhibit cancer cell growth.

Other extracts of the willow tree are showing promise against cancer as well.

Killed up to 80 percent of cancer cells

For example, when researchers tested an aqueous extract from willow leaves it killed 75 to 80 percent of abnormal cells extracted from patients with acute lymphoblastic leukemia and acute myeloid leukemia. In rodents, the same extract reduced tumor growth and the animals lived an additional 35 days (a long time for a mouse).

The authors concluded, “the metabolites within the willow extract may act as tumor inhibitors that promote apoptosis [death], cause DNA damage, and affect cell membranes and/or denature proteins.”

Research in laboratory animals found that willow bark extract inhibited growth and induced apoptosis in colon cancer cells, and acted in multiple ways to protect mice against the development of colon cancer.

One group, Rothamsted Research, has been particularly interested in unearthing the medicinal secrets of the willow tree. Rothamsted is a leading non-profit research center in England and also the custodian of the National Willow Collection. This collection was created by the English government in 1923 after willow was identified as a strategic resource in the First World War.

During the war, officials sent munitions to the front line in willow baskets. The War Office committee even appointed a National Willows Officer to provide scientific support to the willow basket industry.

Although their large scientific team is researching many potential commercial and industrial applications of willow, the one they consider the most important relates to cancer.

Working with cancer biologists at the University of Kent, Rothamsted researchers identified a chemical that kills cancer cells, even those resistant to drugs. They published their findings in the journal Scientific Reports in April.

The chemical they discovered is called miyabeacin, found in the stem and leaves of the plant. It proved effective against a range of breast, throat and ovarian cancer cell lines.

The research team was especially pleased by its success against cell lines established from a stage 4 patient with neuroblastoma.

Professor Mike Beale, who co-led the study, said the pharmacological properties of miyabeacin are potentially even greater than those of salicin.

“With resistance to treatment being a significant issue in cancers such as neuroblastoma,” explained Prof. Beale, “new drugs with novel modes of action are required and miyabeacin perhaps offers a new opportunity in this respect.

“Structurally, it contains two salicin groups that give it a potential ‘double dose’ of anti-inflammatory and anti-blood clotting ability that we associate with aspirin.

“However, our results reporting the activity of miyabeacin against a number of cancer cell lines, including cell lines with acquired drug resistance, adds further evidence for the multi-faceted pharmacology of willow.”

The debate about whether you should take aspirin to prevent cancer has been raging for some years. Some doctors believe the benefits outweigh the dangers, while others suggest the opposite, pointing to the real risk of intestinal and stomach bleeding and the increased threat of hemorrhagic stroke.

But what about extracts of the willow tree?

Willow bark is used for pain relief at daily doses of one to three grams, but is commonly available in capsules of 400mg. Tinctures are also available enabling consumers to take much lower doses.

Since there are no human studies of willow tree in cancer prevention, no one can say for sure whether taking a low dose of white willow bark extract daily, or even just a few times a week, is safe or effective.

In 2015, researchers conducted a review of the efficacy and safety of white willow bark extract and concluded that adverse effects “appear to be minimal” when compared to aspirin.

But that’s not setting the bar very high, as we know long-term use of aspirin can be dangerous.

Willow may be an effective alternative to aspirin for cancer prevention, but it would be wise to talk to an integrative physician before adding this herb to your supplement regimen solely as a cancer preventive.

How to Relieve Stress and Fight Cancer

Are Supplements Better Than Food in the Fight Against Cancer?

How to Relieve Stress and Fight Cancer

Are Supplements Better Than Food in the Fight Against Cancer?

12 Natural Ways to Boost Your Testosterone