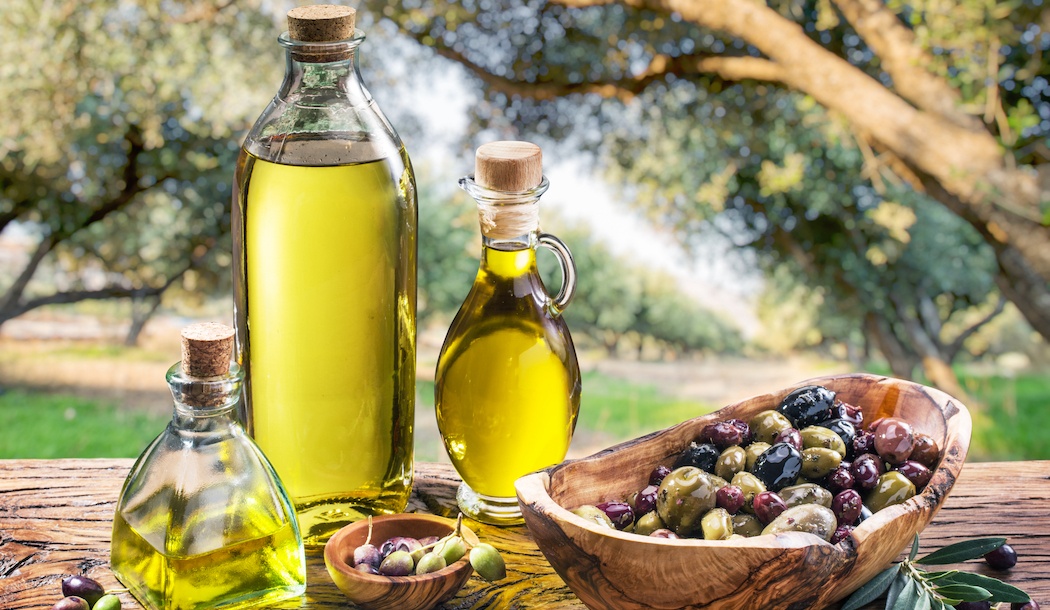 Among all the health-promoting herbs, plants and foods that were endorsed by the ancients, one stands out as the probable champ for supporting body and mind.

This tree and the oil made from its fruit is mentioned more than 100 times in the Bible and the Quran. It also played a prominent role in the lives of the ancient Greeks, Romans and other people living in and around the Mediterranean.

The tree I’m talking about, if you haven’t guessed it already, is the olive. The latest research on this ancient tree now shows that while olive oil possesses important health benefits, its leaves, because of their unique chemical structure and natural compounds, are probably even more potent in fighting off cancer and other illnesses. Here’s the story…

According to researchers in New Zealand who have analyzed the evidence on the anti-cancer effects of the compounds in olive trees and their leaves, these plants fend off destruction from a relatively harsh environment.1 They must cope with long periods of intense sunlight, attacks from voracious insects and destructive pathogens with, the science shows, their own version of botanical chemical warfare.2

Most exciting, those natural chemical weapons are also great defenders of human health. In particular, a compound called oleuropein possesses remarkable benefits helping the body get rid of cancer.

Oleuropein is found in both olive leaves and olive oil, though it appears it is much more concentrated in the leaves.

Tests in Italy suggest that oleuropein “could have pharmacological application in malignant mesothelioma anticancer therapy” by interfering with mesothelioma cells growing in lung tissue.3 Mesothelioma is a type of lung cancer caused by inhaling harmful particles like asbestos fibers.

In addition, another laboratory test in Italy indicates that olive leaf extract may increase the effectiveness of chemotherapy used against skin cancer. And researchers note that it may protect normal cells from being harmed by chemotherapy as well as lower cancer cells’ resistance to drug treatment.4

Oleuropein may also stop colorectal cancer from spreading. In another Italian study, oleuropein and other natural compounds in olive leaf and olive oil have been shown to induce apoptosis (programmed cell death) in certain types of colon cancer and keep malignant cells from metastasizing.5

For example, tests show that oleuropein can erect a cellular roadblock that keeps cancer cells from making energy to fuel their life-threatening reproduction and growth. According to researchers in Italy, there’s clear evidence that this olive oil compound can frustrate the energy production in melanoma, colon cancer, breast cancer and chronic myeloid leukemia.6

Best of all, it doesn’t interfere with the energy production of normal, healthy cells. That’s because cancer cells don’t make their energy in the same way normal cells do. As cancer cells indulge in rapid reproduction, they outgrow their blood supply and then often create their own little environmental niche within the body—a so-called “micro-environment”—that’s low in oxygen, or hypoxic.

For normal cells, this hypoxic setting would usually be fatal. The lack of oxygen would snuff out the cellular fires that keep their cellular processes running. But cancer cells activate genes that are normally turned off to deal with this situation and switch their metabolism to glycolysis. When using glycolysis, they consume and ferment extra-large amounts of glucose, a condition referred to as the “Warburg effect” because it was first discovered and described by Nobel Prize winning scientist Otto Warburg in the 1920s.

And even when a tumor grows in a part of the body that has plenty of oxygen available, many cancers still keep producing cellular energy using this fermentation process – though cancer researchers are still debating why they have this energetic preference.

You can think of it this way – picture the body as a restaurant. On one side of the restaurant, normal, well-behaved cells are consuming a healthy dinner with a small glass of wine. On the other side of the room, rambunctious cancer cells are eating junk food – huge amounts of sugar – and washing it down with hard liquor and beer chasers – the fermented products of glycolysis.

In this scenario, oleuropein is the maître d’ who finally shows up and refuses to serve anymore sugary junk food and alcohol to the cancer cells and tells them to leave. This type of energetic disciplinary action leads the Italian researchers to conclude that oleuropein may prove useful for helping treat “a wide range of malignancy.”7

Another way in which the olive leaf extracts can protect against cancer – and also defend against heart problems – is by keeping blood pressure under control.

For many years, it’s been well-known that having high blood pressure means running a greater risk for cancer. Exactly why this is true is another puzzle medical researchers haven’t successfully unraveled, but studies in the last few years have confirmed this connection.

A review by scientists in Greece analyzed the results of 85 studies and found strong links between hypertension and kidney, colorectal and breast cancer. However, associations, not quite as robust, were also discovered with cancer of the esophagus, squamous cell carcinoma, liver and endometrial cancer.8

That’s right, research on what are called angiotensin converting inhibitor drugs (ACE inhibitors) used to reduce blood pressure show that these compounds can increase your chances of lung cancer.

A study performed by scientists at McGill University in Canada demonstrates that the risk climbs considerably if you use these drugs for five years or more – which many people do.9

And when the folks involved in this investigation – about a million Brits – used these drugs for ten years or more, the risk for lung cancer increased by a frightening 31 percent.

But olive leaf extracts have been shown to lower blood pressure without those kinds of worries and with the irresistible charm that they work as well as drugs. For instance, a test in Asia that compared the effects of olive leaf extract to an ACE inhibitor (Captopril) found that not only did the extract lower blood pressure as much as the pharmaceutical, it also lowered people’s triglycerides– blood fats that can increase your risk of heart disease. And that was a benefit not produced by the drug.10

All these benefits are impressive – but they only scratch the surface of the benefits of olive leaf extract. There’s other remarkable evidence for its anti-inflammatory effects, benefits as a phytoestrogen (helping to lower breast cancer risk) and use against infections. It’s no wonder olive trees have been cultivated and revered for thousands of years. Their benefits are too valuable for humans to ever let them go extinct.