Are Today’s Farms Covering Your Vegetables with Carcinogens? – Cancer Defeated 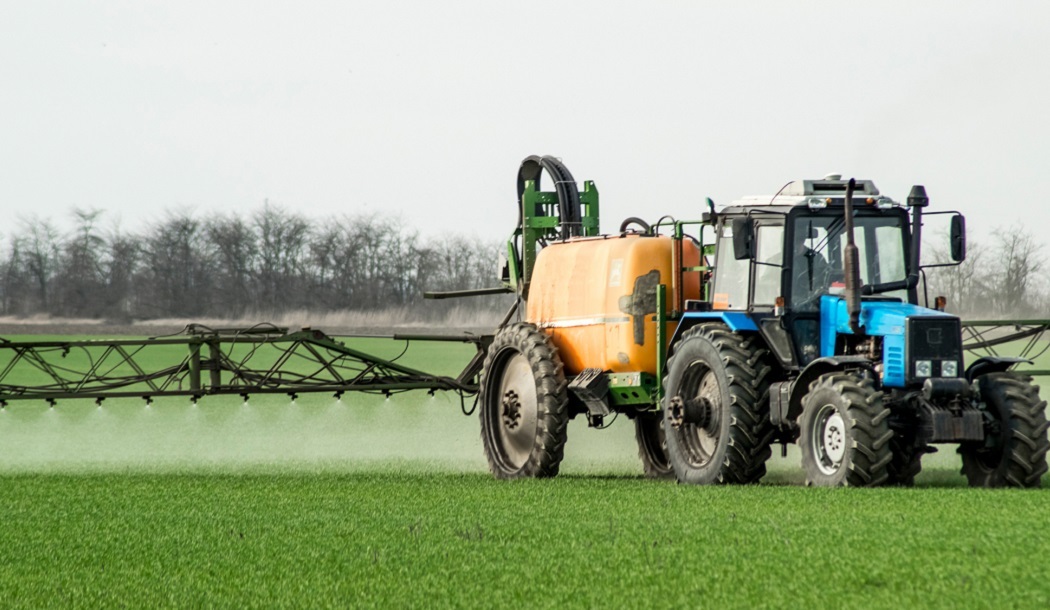 As if coronavirus germs aren’t enough to give you pause at the grocery store, there’s something else you need to know about.

New research reveals cancer-causing carcinogens are making their way into our food supply in gargantuan amounts. Now, I’m not just talking about processed foods, but also “farm to table” foods like vegetables and whole grains. That’s because these carcinogens are literally being sprayed on down at the farm.

Here’s what you can do about it…

This problem starts with one of a farmer’s biggest challenges: weeds– and what growers do to get rid of them.

Chemical manufacturing giant Monsanto developed a weed killer for farmers named glyphosate that’s the master of killing weeds. As you may know, it’s sold under the brand name Roundup, and it’s so effective that farmers spray roughly 250 million pounds of glyphosate onto crops grown in the U.S. each year.

While few chemicals are good for you, glyphosate is especially bad. In 2015 the World Health Organization (WHO) officially labeled it as a “probable carcinogen” after multiple scientific studies confirmed the link between glyphosate and cancer—some dating back to 1983. The state of California followed suit and put glyphosate on its Proposition 65, which lists chemicals known to cause cancer.

If that’s not enough, Roundup is no longer protected by patent, so now it’s marketed around the world by dozens of other chemical companies. Roundup and its imitators are also sprayed as a form of weed prevention throughout our parks, playgrounds, golf courses, and even in homeowners’ yards.

Rounding up the Roundup in our food

In an effort to see just how far glyphosate infiltrates our food system, the Environmental Working Group (EWG) tested several products commonly found in American grocery stores. Sadly, they found glyphosate in a staggering number of packaged foods — in nearly every sample tested, in fact.

Over the past two years, a number of independent labs replicated these results, recording high levels of glyphosate in several foods. What’s more, researchers singled out oat-based products commonly marketed to children, including cereal, as containing some of the highest levels of glyphosate.

In the tests, researchers were looking for glyphosate levels above 160 parts per billion– the health benchmark used in the oat tests. They found staggering levels in cereal samples, which clocked in at 360 parts per billion. That’s more than twice the level set by scientists at the Environmental Working Group for lifetime cancer risk for children.

Put another way, levels of this one carcinogen given to children can more than double a child’s chance of getting cancer in his or her lifetime.

Another reason to avoid packaged food

According to research by a Canadian Food Inspection Agency, scientists found glyphosate in 80 to 90 percent of wheat-based products, including pizza, crackers, packaged cookies, snack bars, and pasta.

They discovered lower but still troubling amounts of the chemical in chickpea flour, lentils, and dry oats. Even orange juice brands and certain ice creams contained trace amounts of glyphosate.

The Food and Drug Administration shared data a year ago that revealed glyphosate levels in 63 percent of corn samples and 67 percent of soybean samples. This isn’t surprising, since genetically engineered corn gets the biggest dousing because it’s built to withstand glyphosate.

When it comes to soybeans, they get their own dousing but they’re also usually grown in the same field as corn. For instance, many farmers in the Midwest rotate corn and soybean crops, so some years they plant corn and other years, they plant soybeans.

Additional tests for glyphosate revealed the chemical in apples, applesauce, spinach, and pinto beans—with pinto bean levels recorded at 509 parts per billion, or 4.5 times the benchmark! I’m not sure how it gets into apples, since they’re grown well above ground level where weeds grow.

Carcinogen cover-up at the EPA

Shockingly, the Environmental Protection Agency (EPA) refuses to echo glyphosate’s carcinogen designation. Exactly a year ago, the EPA even formally announced they believe glyphosate to be safe. The group consistently ignores independent, science-based research that links glyphosate to cancer, and instead builds their conclusions on glyphosate’s safety as demonstrated by research funded by Monsanto.

Because of the EPA’s support, Monsanto and its supporters have repeatedly claimed none of their products lead to high enough levels within the food system to cause a risk. Of course, this doesn’t take into account the cumulative effect of carcinogens within the body.

Monsanto executives proclaim their mantra of innocence with repeated claims that glyphosate is safe to the public. Yet consumers have filed tens of thousands of lawsuits, amounting to billions of dollars that insist otherwise. Several of the lawsuits link the product to non-Hodgkin’s lymphoma. Monsanto is facing a public reckoning, though, as three lawsuits have resulted in plaintiff wins for their claims of cancer caused by glyphosate.

Courts and juries aren’t very good judges of the dangers of alleged carcinogens. Still, the opponents of glyphosate seem to be headed toward a big payday.

The rest of the world is
already standing up against glyphosate

While the U.S. has been slow to take health-based action against glyphosate, several other countries and even some states are part of a growing movement against the chemical.

California leads the charge with bans in several cities against using the weed killer in public parks, streets, and playgrounds. Other states with various types of glyphosate bans in certain cities include Colorado, Connecticut, Iowa, Florida, Minnesota, Oregon, Texas, and Vermont.

As of now, Germany is on track to entirely outlaw the use of glyphosate as a weed killer by the end of 2023 (current European Union approval for the chemical extends through 2022). From this year on, the country plans to systematically curb the use of any herbicide with glyphosate. That includes bans on using such substances in private homes and gardens, in public areas, before and after harvests, and during sowing season (because spraying weed killer right before a crop is to be planted or harvested leads to the highest levels of glyphosate).

Not just a danger to weeds and humans

Germany is taking a different health approach with its stand against glyphosate. Instead of stressing the risk of human cancers, they explained they want to phase out glyphosate because it wipes out entire insect populations crucial for crop pollination and ecosystem balance.

This follows alarming findings from biologists about plummeting insect populations that could disturb our food chains on a massive scale.

And Germany isn’t the only country setting its sights on long-term food safety and health and environmental concerns. France is also planning to phase out glyphosate by 2023, and heavy restrictions are already in place in Italy, the Netherlands, and the Czech Republic.

Austria outlawed glyphosate entirely in July 2019, though the bill is yet to be officially signed into law. Luxembourg is the first country in the European Union to completely ban glyphosate, with plans to phase the chemical out entirely by December 2020.

Certain food brands are taking very small actions. Kellogg’s, the maker of several of the popular cereal brands that revealed high glyphosate levels in testing, is making public claims of action against the use of glyphosate.

According to a statement from Kellogg’s in January of 2020, the company is going to work with its suppliers to phase out the use of glyphosate as a pre-harvest drying agent in its wheat and oat supply chain in major markets by the end of 2025. That’s not quite the same as getting rid of it entirely, or even quickly, but it’s a tiny step forward.

Despite the odds, you’re still in control

The reality is, you can’t wait for farmers, food manufacturers or the government to do the right thing. As with many areas of human health related to the prevention and development of cancer, the government is almost always on the side of big business. While you can’t change this fact, you can avoid the food industry’s chemical-laden food.

I strongly encourage you to limit your intake of glyphosate by avoiding all processed foods as much as possible.

In other words, steer clear of anything that comes in a box or a sealed bag.  Organic frozen whole foods and fresh produce are great choices.

For fresh produce, wash them well in cold water before cooking. You can also find fruit and vegetable rinses that claim to help remove pesticide and herbicide residue, but studies show they’re not more effective than washing produce in cold water.

However, a number of studies indicate that homemade produce rinses such as vinegar and salt water or water and baking soda are effective in removing a number of chemicals.

For bulk foods like beans, rinse them in cold water thoroughly before cooking. And for everything else, such as oats and corn, look for the “Non-GMO Verified Project” stamp.