Are You “Surrounded” By This Disease-Maker Every Day? – Cancer Defeated

Are You “Surrounded” By This Disease-Maker Every Day? 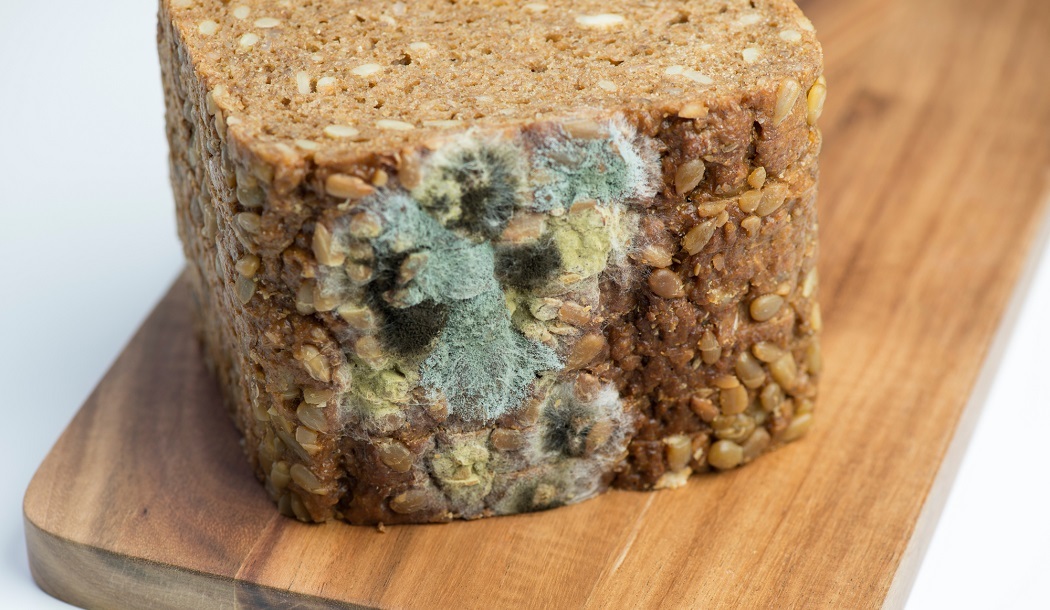 A few weeks ago we wrote about molds in food that may contribute to cancer. This issue is going to focus on airborne molds, which are actually an even greater threat.

Many people who suffer from a serious “incurable” illness are in fact living in a home or working in a building filled with airborne mold toxins. Doctors who are successfully treating Alzheimer’s, for example, now focus on mold in the home as a probable cause of the illness.

I know for a fact that some patients recover from dementia completely when they get away from these poisons.

Mold spores pose a similar risk for cancer and other diseases. Fortunately, there are plenty of things you can do about it once you understand it. . .

If you’ve ever heard of “sick building syndrome,” then you’re already familiar with some of the problems airborne toxins can bring. This syndrome, which is now considered a full-blown occupational hazard, occurs when a group of people who work in the same building get sick and can’t figure out why.

The symptoms can include everything from headaches and sneezing to itchy rashes, chest tightness, nausea, or difficulty concentrating – and that’s just the tip of the iceberg because symptoms vary widely.

When a large number of employees start feeling ill and missing work, the whole organization suffers, and savvy employers take notice. Sick building syndrome (SBS) can become something a lot more serious than fatigue, headaches, or whatever. It’s linked to a long list of diseases, including dementia, asthma, pneumonia, Legionnaire’s disease, and various cancers.

Now, mold is not the only possible cause of SBS. It can happen due to a variety of issues, from poor ventilation systems to chemical or biological contaminants. These contaminants are often the product of outgassing, either from different types of building materials and volatile organic compounds (as in new construction), molds (most often seen in older construction or poorly ventilated buildings), or deteriorating materials within a building.

Because of the vast variety of ailments and all the different possible causes, it’s hard for researchers to pinpoint specifics. But a team of scientists from France found that buildings with certain species of fungi (mold) contain chemicals called mycotoxins, and these may become airborne more often than previously believed.

Mycotoxins are bad news (the word simply means a toxin from a fungus). They rank even higher than heavy metals in terms of the damage they can do.

Thanks to their ability to mutate fast, they can “hide” from your immune system once inside your body. The mycotoxins that present the greatest risk to us are those found on moldy foods such as peanuts, corn, grains, fruit, vegetables, meats, and even in water.

That’s why our previous article on this subject focused on the ones you eat or drink rather than the ones you breathe. But airborne molds can be harder to identify and harder to fix.

You can’t see it, but you breathe it

If inhaled, mold particles are particularly debilitating for people with asthma or other allergies. Symptoms include everything from cold-like effects such as sneezing and itchy eyes to more extensive problems like inflamed lungs and sinuses, restricted airways, and full-blown asthma attacks.

Such reactions are caused by your immune system becoming more reactive over time to different forms of airborne mold. These could be airborne mycotoxins, or other compounds in mold spores and hyphae.

“Black mold” is a term experts use to describe more than 60 mold species that may be damaging to human health and have been linked to a staggering number of ailments, especially neurological issues like dementia and depression.

Most of mold research focuses on mycotoxins in our food, not in our air. The data on the latter is sparse. Some studies on the inhalation of agricultural mycotoxins suggest they seldom pose this type of problem. You have to eat them.

However, as sick building syndrome is common throughout our society, causing unexplainable health damage including cancer, we need to look to inhaled mycotoxins in a great many medical cases that have doctors and patients stumped. But you’re not going to hear this from most doctors.

In the case of dementia, it’s still a minority opinion that airborne molds are a major cause.

This will make you want to hold your breath

A home or workplace that has a mold problem almost always has a water problem. That’s where the mold gets started.

A French study looked at fungi such as Penicillium brevicompactum, Aspergillus versicolor, and Stachybotryschartarum. These are the types of mold most often found in poorly ventilated rooms and damp corners of bathrooms where spores and bits of hyphae (root-like threads) can float through the air.

In the study, a piece of wallpaper was contaminated with the different molds. Researchers then controlled air movements around the wallpaper and analyzed the air that came off that same wallpaper.

Their findings showed each species shed particles at different rates, which they attributed to the different structure of each mold. Most of the airborne toxins were located on the fungal spores themselves, but researchers also found measurable toxins on small particles such as dust and tiny pieces of wallpaper. These particles are small enough to easily be inhaled.

So, it’s logical to assume there is a risk present, given that there are levels of mycotoxins than can be inhaled on particles smaller than spores. These particles are likely to become airborne at the low air movement speed found in most indoor environments.

Though we don’t yet have hard data on how airborne mold contributes to cancer, there is hard evidence on how ingested mycotoxins contribute to cancer, including liver, lung, kidney, and stomach cancers.

And while airborne mold is likely to be in your body in lower concentrations than something eaten, we just don’t have much information at this point on how inhaled mold over time could affect humans.

But there is one thing we know for sure… According to the Centers for Disease Control (CDC), people who are receiving treatment for cancer or those with weakened immune systems are more likely to get serious mold infections in their lungs when exposed to any kind of mold.

One solution starts with the great outdoors

The next step to this research is to measure the concentrations of airborne mold commonly found in living and working spaces.

Currently, researchers estimate as many as 40 percent of buildings in North American and Europe show visible signs of fungal growth. This is something we all need to consider as more buildings are sealed up in the name of energy efficiency.

What can you do in the meantime? Get out into the fresh air at least once every two hours.

But the real solution is a tough one:  If you live or work in a building with high levels of airborne mold, you need to get out permanently.

I recently had my home tested for mold levels and lucky for me there was no mold at all. If you have mild levels that can be traced to a specific damp spot, there may be some kind of mold-mitigation that will allow you to stay in your home. Probably the biggest challenge is the heat and AC system. All the ductwork may have to be replaced or sterilized.

But if you have high general levels of mold contamination, your choice is pretty much to move or stay sick.