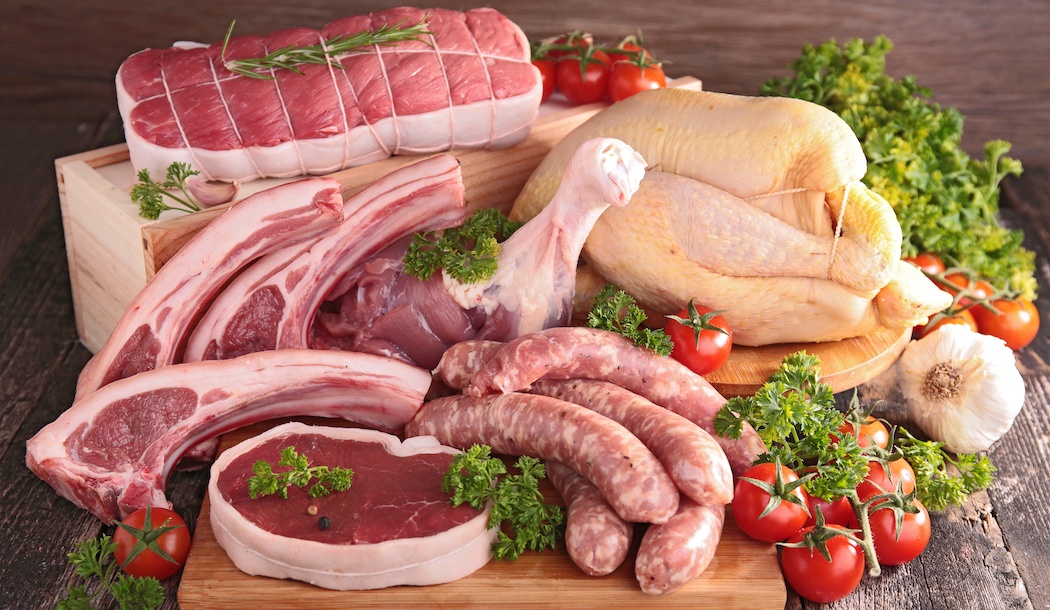 We live in a meat-eating culture. Americans consume an average of 274 pounds of meat every year, and this doesn’t even include seafood or fish.

A few years ago, America had the second-highest meat consumption in the world – Hong Kong was the only one eating more meat than us.1

For our purposes here, the biggest concern women should have about meat comes down to carcinogen exposure, which increases cancer risk.2Heterocyclic amines, or HCAs, are at the root of the problem.

HCAs form when meat, poultry, or fish gets cooked at high temperatures, which could be from frying, broiling, or barbecuing.3 HCAs are fully capable of both initiating and promoting cancer growth.

One of the most abundant HCAs in cooked meat is a compound called PhIP, which has a powerful effect on the body, similar to estrogen, and fuels human breast cancer cell growth almost as well as pure estrogen does. This is the fuel on which human breast tumors survive and thrive.4

In an interesting study published in the journal Mutagenesis, researchers looked at the breast tissue from women who’d undergone breast-reduction surgery. Then, they asked the women about their meat-cooking methods.5

As it turned out, the consumption of fried meat was directly linked to the amount of DNA damage found within the women’s breast tissue. This is of significant concern, as this is the type of damage that leads to cell mutations and potentially breast cancer.6

This unfortunate discovery builds on the findings of the Long Island Breast Cancer Study Project of 2007, which reported that women who ate more barbecued, smoked, or grilled meat throughout their lives had a shocking 47 percent higher risk of developing breast cancer.7

To make the outlook even worse, the Iowa Women’s Health study reported that women who preferred their meat well-done – regardless of whether they ate burgers, bacon, or steak – had roughly five times the odds of getting breast cancer as those women who ate the same meat but preferred it cooked rare or medium.8

Even more concerning than finding DNA damage in breast tissue, was the discovery of PhIP in the breastmilk of nonsmoking women.

In a study published in the journal Chemical Research in Toxicology, researchers wanted to assess whether carcinogens were able to make their way into human breast ducts, as that’s where most breast cancers develop.

As it turned out, PhIP was found in the breastmilk of nonsmoking women in the same concentration known to promote breast cancer cell growth in smokers. It’s important to note that women who smoked were not part of the study as HCAs are found in cigarettes. In addition, there was one vegetarian participant in the study, and her breast milk had no trace of PhIP.

Three strikes and you’re out

Using something known as an invasion chamber, scientists are able to test how invasive certain types of cancer are. Cancer cells are placed on one side of a porous membrane and then scientists measure their ability to penetrate and spread through the membrane.

In one alarming study, researchers took the metastatic breast cancer cells from a middle-aged woman and put them in an invasion chamber by themselves. Upon observation, relatively few cancer cells made it across the barrier.

But when the researchers added PhIP to the chamber, the cancer cells effectively became supercharged and began to breach the barrier far faster than they did before the addition of PhIP.

This reveals that PhIP in meat is apparently involved in all stages of breast cancer development: initiation, growth, and spread.9

So, how do you circumvent this risk? Obviously, well-done meat should be off the table thanks to foodborne carcinogens, but at the same time, rare or undercooked meat may put you at risk of foodborne infections.

If you’re fond of Meatless Mondays, you’ll be pleased to know that your body can quickly purge PhIP toxins once you stop putting them in your body. So, you’ll effectively be PhIP-free by Tuesday morning.10

Good ways to avoid PhIP is to reduce your meat intake overall. And for those days when you do have meat, opt for the following cooking methods: boiling, poaching, steaming, and stewing. These methods create the lowest levels of carcinogens as compared to pan-frying, deep-frying, broiling, grilling, barbecuing, and smoking your meat.11