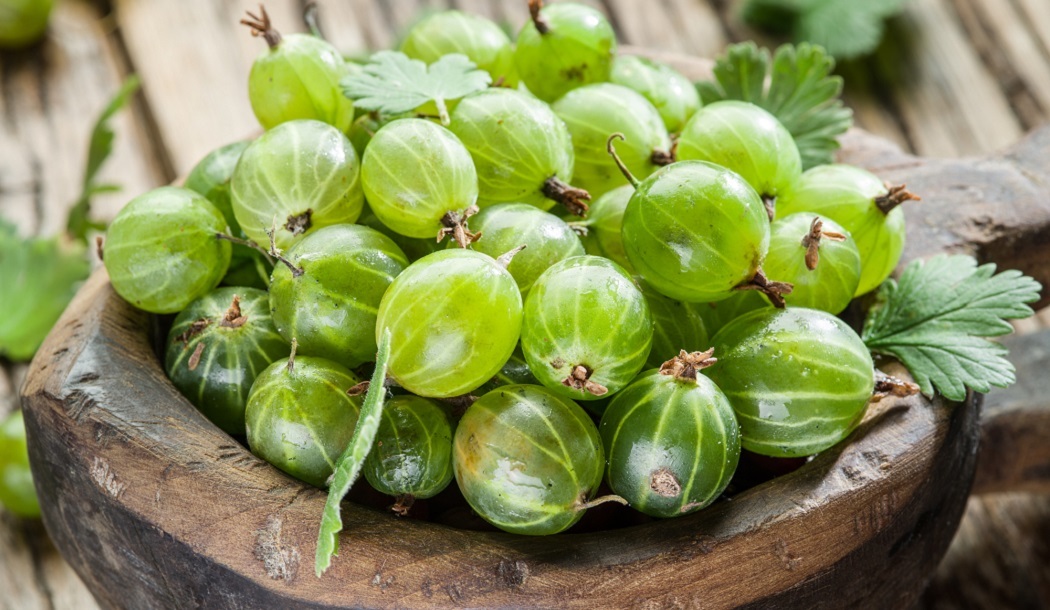 One greenish-yellow berry that’s been a part of Ayurvedic medicine in India for 5000 years is finally catching the attention of modern medical researchers. Studies show this small berry contains 20 times more vitamin C than an orange, as well as potent cancer-fighting compounds.

Reduced certain tumors by over 60 percent

According to a team from the Departments of Oncology and Experimental Medicine at McGill University, Montreal, Canada, there’s “substantial evidence” the extract of amla fruit “has potent anti-cancer properties,” which can be used both in cancer prevention and against existing tumors.

Using the classic Ames lab test, a widely used test that utilizes bacteria to determine whether a given compound can cause positive or negative changes in a test organism, amla extract showed “potent anti-mutagenic and anti-carcinogenic activities against mutagens [cancer-causing compounds].”

In further testing in animals, amla extract reduced the incidence of skin tumors by 60 percent and liver cancer by an incredible 80 percent to 100 percent. These results have not been duplicated in humans as of yet, but still, they’re very exciting.

In fact, researchers observed a number of direct, powerful, anti-tumor effects in many tumor types in both cell cultures and in animal studies. Specifically, they found higher rates of apoptosis, or cancer cell death, in cells and animals treated with amla.

This is significant because cancer cells have the power to turn off apoptosis, which enables them to grow and spread unchecked. Amla appears to switch apoptosis back on so cancer can’t grow.

Treatment of the extract on mice with skin cancer cut the number and size of tumors in half.

Research at the University of Missouri showed amla extract can also induce autophagy, or self-eating. This stopped human ovarian cancer cells from growing and spreading in both cancer cell culture and mouse models.

In the mice, none or hardly any of the tumor was left after treatment, with researchers describing the results as “remarkable.”

The Indian gooseberry has one of the highest contents of vitamin C in nature at 600 mg of vitamin C per every 100 grams (less than four ounces) of fruit. And since a number of studies already confirm that vitamin C acts against the development of cancer through six mechanisms, this aspect of the fruit is important all by itself.

However, researchers believe the encouraging results seen to date are more likely due to the high tannin and flavonoid content of the fruit. The compounds that have demonstrated bona fide anti-cancer activity are the tannins – ellagic acid, corilagin, pyrogallol, chebulagic acid and gallic acid, and the flavonoid quercetin.

Many of these tannins are not only powerful antioxidants but inhibit NF-kappa beta. This is a protein complex that triggers inflammation and allows many cancers to survive. Studies show its inhibition leads to apoptosis.

The tannins and flavonoids in amla have demonstrated strong effects against eight different cancers.

As the McGill research team pointed out, a number of components found in the berry “have striking anticancer activity against currently incurable cancer” in mice models. These are lung adenocarcinoma, pancreatic, bile duct and triple negative breast cancers.

They conclude by writing, “Overall, the data published to date highlights the enormous potential of naturally occurring molecules from Phyllanthus emblica as pharmacological agents for the treatment of cancer.” Phyllanthus emblica is the botanical name for amla/Indian gooseberry.

Also notable is the low dose needed to achieve these amazing effects against cancer cells. Consider that blueberries and strawberries can also stop cancer from spreading, but appear to work best in high doses, at 500 micrograms per milliliter.

Compare that to amla, which was potent at a fraction of this dose—at just 10 percent– leading the study authors to write, “Even exposure to low levels of extract from these berries may be enough to impair tumor progression at early stages.”

Of course, this is only the beginning of amla’s benefits. In Ayurvedic medicine amla has long been used to treat a variety of conditions, including high blood sugar.

As potent as an anti-diabetes drug

Medicines made from the amla berry — considered the most therapeutically valuable part of the tree — are also used to treat diabetes.

The evidence for this use is very limited in humans because there’s been so little research, but we did come across one interesting study that included 32 people with and without type 2 diabetes.

After taking amla powder each day for three weeks, blood glucose — both fasting and after meals — fell in both the diabetics and healthy controls alike. Among those with diabetes, blood glucose dropped to a level that’s comparable to the results seen from taking the diabetes drug, glibenclamide.

These lipid improvements have already been noted in animal research. Protective effects on the heart and blood vessels have also been demonstrated in diabetic rodents.

Amla features as a major component in two of the most famous Ayurvedic preparations, Triphala and Chywanaprash.

Triphala is a tonic said to nourish and strengthen the whole digestive system. Chywanaprash claims to boost immunity, maintain the health of the respiratory system, alleviate constipation and promote the elimination of toxins from the body.

Other evidence from lab studies suggests the amla berry has antioxidant effects in brain cells, increases memory retention, protects the liver against toxicity and the stomach against ulcers, decreases inflammation, speeds up wound healing, inhibits 5α-reductase — the hormone that’s linked to prostate enlargement and scalp hair loss — and is a potent protector against oxidation in skin cells.

These lab findings offer support for many of amla’s traditional uses in Ayurvedic medicine, such as treatment for heart problems, high blood pressure, eye ailments, urinary system disorders and anemia. Other uses include nourishing the skin and hair, improving intelligence and memory, maintaining oral hygiene and promoting longevity.

The idea that amla promotes longevity is an interesting one and attributed to Acharya Charak, who was one of the principal contributors to Ayurveda back in 300 BC. He is considered in India to be the Father of Medicine. He wrote that the amla fruit is the best way to increase longevity.

Four researchers from India decided to test the claim of this ancient medical scholar on fruit flies, which are commonly used in aging research. They found that daily ingestion of feed containing amla boosted survival from 41.9 to 76.8 days on average, an increase of an incredible 83 percent. There was also an escalation in the flies’ reproductive ability.

Unfortunately, they also point out that since natural compounds in the plant can’t be patented, drug companies will not invest the huge sums of money needed to conduct clinical trials. So, don’t expect any doctors to include amla in their protocols either now or in the future.

Eating fresh amla berries several times a week would be a valuable strategy to add to your existing cancer prevention protocol if they were easy to find, but they aren’t. You can try Indian shops or markets for fresh or frozen amla berries. Brick and mortar health food stores as well as online health food stores also sell amla extracts.