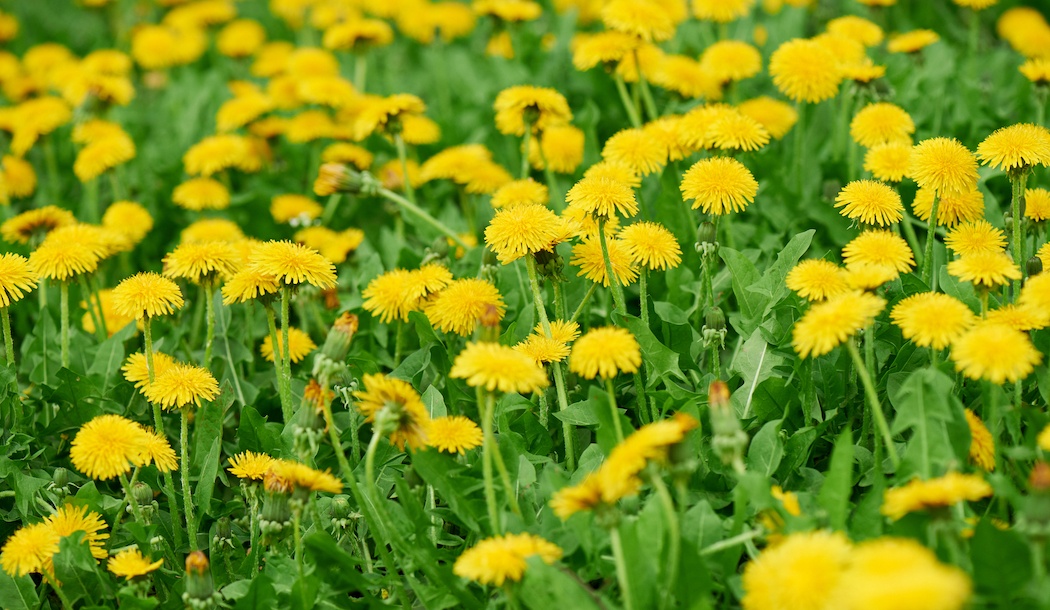 A fluffy-looking weed that’s a favorite of children everywhere and a nuisance for homeowners is getting renewed attention for its health benefits— including studies that show it can help you fight cancer.

Some common names for it include “swine snout,” “blowball,” “lion’s tooth,” and “priest’s crown.” But you probably know this big, deep-rooted plant by its most common name: dandelion.

From a gardening perspective, dandelions are a sign that a lawn needs attention. They’re usually the first plant to show up each spring, and they’re known for sucking up water and nutrients intended for your grass.

This abundance of nutrients in dandelions hasn’t gone unnoticed by food enthusiasts. Potassium-rich dandelion greens make a nice base for salads. Dandelion is also used as a spice and thickener in soups, a flavoring in wine, and a tincture in tea. Dandelion root can even be roasted and used as a coffee substitute.

Along with being called a weed, dandelion plants are herbs. Both the root and above-ground parts are used to make medicines. Dandelion herbal mixtures are also used to ease upset stomachs, gas, gallstones, joint pain, loss of appetite, muscular aches, eczema, and bruises. Some people even use dandelion to treat infections, particularly viral infections.

But lately, a lot of attention has been focused on dandelion and its apparent ability to kill cancer cells.

The herb works by suppressing the growth of cancer cells and thus halting the invasive behavior. Meanwhile, dandelion appears to have no effect on healthy cells.

The connection was first made in Ontario at Windsor Regional Hospital. Oncologist Caroline Hamm was treating John DiCarlo, an elderly man, for a highly aggressive form of leukemia known as myelomonocytic leukemia. Chemotherapy didn’t work and the patient was sent home with instructions to get his affairs in order.

Lucky for him, the cancer center where he was treated suggested he might try drinking dandelion tea. Not only did the man return to the clinic four months later in remission (and live another four years), but he also happened to mention the dandelion tea idea to another patient in the waiting room at the cancer center. That patient began self-administering dandelion tea, too, and showed improved test results.

Dr. Hamm passed the impressive results of both patients on to University of Windsor biochemist Siyaram Pandey, who soon secured funding to research the effect of dandelions on cancer. Dr. Pandey’s team collected commercially available leukemia blood cells and then formulated a root extract made from dandelion roots they pulled from the ground.

Using a culture dish, the team applied the extract to the leukemia cells and were astounded by the results. Not only did the leukemia cells go through apoptosis (natural cell death) within 24 hours, but none of the healthy cells were killed. They’ve since published these results in the Journal of Ethnopharmacology.

The exact mechanism behind these astounding results is yet to be uncovered, but scientists believe dandelion extract essentially “reminds” cancer cells to commit suicide. Because really, cell suicide, or apoptosis, constantly takes place in our bodies—it’s how the body cleanses itself of aged, damaged or diseased cells.

At least, that’s how it’s supposed to work, but cancer cells somehow become resistant to this type of cell death. That is, until dandelion extract enters the picture.

Dr. Pandey’s results aren’t the only promising findings behind dandelions and cancer. In 2008, the International Journal of Oncology published a clinical study on dandelion tea’s ability to prompt a decrease in breast cancer cells. Similar results took place on prostate cancer cells.

Another report in 2011, published by the same journal, showed that dietary supplements containing dandelion had a positive effect on prostate cancer cells and appeared to suppress their growth. Also in 2011, dandelion root extract was clinically proven to prompt apoptosis in melanomas shown to be resistant to chemotherapy. And other studies have shown dandelion extract is effective against both pancreatic cancer cells and colon cancer cells.

Probably a great tea to add to
your weekly regimen

While I wouldn’t go so far as to say that dandelion is a cure for cancer, I do think that it’s a safe addition to your anti-cancer regimen. In fact, several alternative cancer doctors I’ve heard from over the years recommend dandelion greens for use in home-made green juice blends used by cancer patients and those with other illnesses.

You can also get dandelion extract in both tea form and as a dietary supplement from health food stores. Please note that Dr. Pandey’s research used the root of the dandelion plant.

Also, there aren’t any known reactions between dandelions and other herbs, or dandelions and specific foods. But you should be aware that practitioners warn against taking the substance with antibiotics and lithium. And if you’re allergic to ragweed, you might be allergic to dandelion — so take with caution.