Bee Venom Takes the Sting Out of Cancer – Cancer Defeated

Bee Venom Takes the Sting Out of Cancer 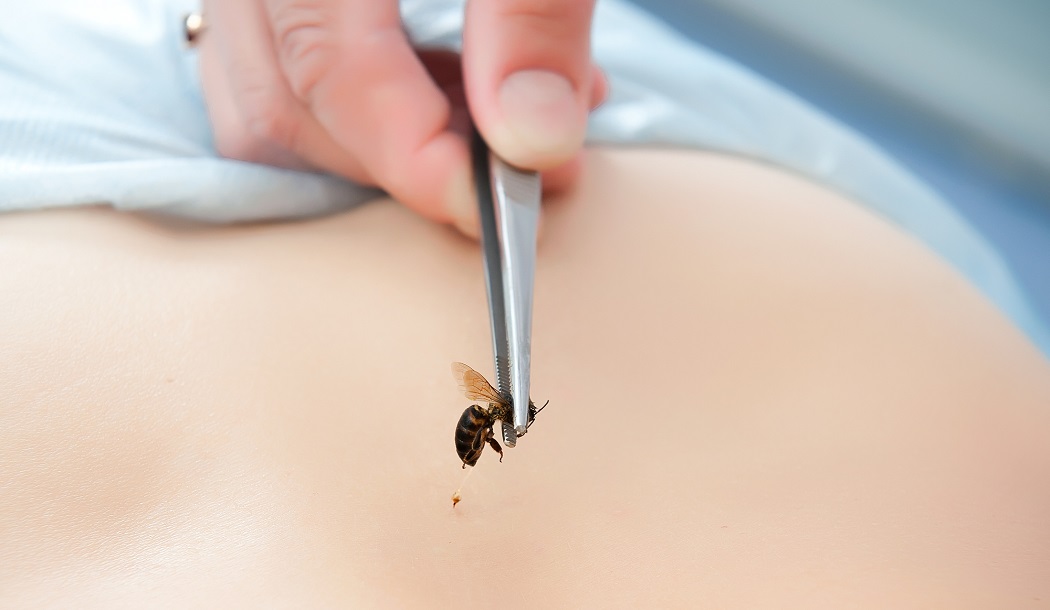 As you might expect, bee sting therapy involves being stung by bees, and while it’s certainly not fun, medical researchers say this strange therapy is something to take seriously.

They are now analyzing the natural chemicals in bee venom and discovering that one in particular might be able to treat cancer and other illnesses.

When you get stung by a bee, about half of the venom that’s injected into your body is composed of a toxic compound called melittin, which consists of of 26 amino acids. For the bee’s advantage, melittin helps the venom spread into the body and increase your discomfort.1

But medical researchers have uncovered that melittin is a potent remedy against cancer cells and can take down tumors.

One of melittin’s unique features – which helps it disrupt malignant cells – is its ability to latch onto cell membranes, poke holes in them and disrupt electrical activity in the cell’s cytoplasm.

A study involving researchers from Yale and universities in Asia, shows that the use of highly specialized nanoparticles (ultra small particles) can deliver melittin to breast cancer cells that have metastasized, or spread, to other parts of the body.2 The special form of melittin, say the researchers, won’t harm healthy cells, but destroys the mitochondria (cellular factories that produce energy) in cancer cells.

The scientists also explain that the cytoplasm of breast cancer cells contains high levels of certain enzymes that activate the melittin and hasten their own death via apoptosis – programmed cell death. Cytoplasm is basically everything in the cell except the nucleus.

Killing cancer cells with apopotosis, often called cellular suicide, is preferable to killing them with harsh drugs like chemotherapy. According to researchers in Poland who have studied melittin, destroying cancer cells with chemotherapy or even having your own immune system attack tumors results in a high level of inflammation. Unfortunately, that inflammation can sometimes lead to other cancers.3

But apoptosis avoids inflammation when the fragments of the destroyed malignant cells are not released into the body. Instead, as part of the apoptosis process, nearby cells gobble up the pieces of the non-functional cells. Consequently, instead of going into inflammatory high gear to dispose of scattered fragments of dead cells, the immune system stays quiet.

Scientists are beginning to see similar success in other studies using melittin delivered by nanoparticles. For example, lab research at the Washington University School of Medicine in St. Louis shows that nanoparticles loaded up with melittin can be directed at melanoma tumors and cause the cancer cells to die off.4 In tests on animals, melittin reduced the tumors by almost 90 percent.

According to the scientists, the melittin here went after the skin cancer cells’ mitochondria and tore apart the mitochondrial membranes, setting off apoptosis, as in the first study we described. They found that after treatment with melittin, not only were there fewer skin cancer cells reproducing and spreading, but the blood supply nourishing tumor growth also shrank. What’s more, there were no apparent toxic effects from melittin treatment.

Other cancers that are vulnerable to melittin include:

Ovarian cancer: A study in Asia shows that melittin can kill malignant ovarian cells with epigenetic effects that hinder cancer’s ability to metastasize and may also keep the cancer from becoming resistant to chemotherapy.5

Prostate cancer: Tests in Korea have found that melittin suppresses the growth of tumors while causing apoptosis in prostate cancer cells.6

Leukemia: Research at the Medical University of Lodz in Poland found that melittin kills off leukemia cells in the blood but does not harm normal cells.7

Along with treating cancer, tests in Australia and South Korea indicate that melittin may also be used to treat eczema – the itchy skin condition that plagues many children and adults.

Eczema is often linked to a deficiency in the skin of a protein called filaggrin.Filaggrin helps skin cells mature properly so that skin layers stay sealed and resist infections, retain the proper amount of moisture, and efficiently shed dead cells.

But when the skin runs short of this protein, skin cells pile up on the surface instead of being shed. At the same time, allergic reactions and bacterial attacks become more likely. The immune system’s response to this messy situation leads to the uncomfortable itchiness that arises during eczema.

In lab tests, the Australian and Korean scientists found that melittin could lower inflammation and halt the ugly rashes and skin cracking that characterizes eczema. They also discovered that the melittin improved skin health by restoring some of the filaggrin that had been deficient.8

In the last few years, research has also suggested that bee venom might be useful in treating Lyme disease’s long-term symptoms.

For instance, 52-year-old Ellie Lobel contracted Lyme’s disease from a tick bite when she was 27 and suffered ongoing fatigue, flu-like symptoms, brain fog and other debilitating problems. It got so bad, she says, that finally “I didn’t care if I was going to see my next birthday. It’s just enough. I was ready to call it a life and be done with it.”

Ellie was at the end of her rope and about to take her own life to escape her misery when she was attacked by a swarm of bees. A dangerous situation for anyone, but especially for Ellie. She’d previously suffered an extreme allergic reaction to a bee sting.

Fortunately, Ellie didn’t die from this attack. Instead, after three days of pain her symptoms of Lyme disease began to go away. And by treating herself with more bee stings, she says she cured herself of her illness.

“I had been living in this… I call it a brown-out because it’s like you’re walking around in a half-coma all the time with the inflammation of your brain from the Lyme,” explained Ellie. “My brain just came right out of that fog. I thought: I can actually think clearly for the first time in years.”9

Reportedly, since Ellie’s recovery, other people have said that bee sting therapy has helped them with their Lyme disease. However, little research has been done on the treatment’s reliability or what it is in bee venom that might help Lyme disease. So, you have to interpret these Lyme stories cautiously. I don’t think I would try it at home.

Bee venom as a future treatment

Overall, there’s a lot left to learn about bee venom, melittin and human health. Already, researchers are looking into how melittin might be used to help other health problems, such as diabetes. One study reports that melittin can increase insulin secretion from the pancreas in some cases.10

Some studies show that bee sting therapy is also useful for treating arthritis.11 But if you’re interested in trying bee sting therapy, find a practitioner who is well-versed in the practice. And be very careful, an extreme allergic reaction to being stung can kill you.

Certainly, as more info from research into melittin and bee venom becomes available, I’ll pass it on. I think we’ve just begun to learn about these remarkable compounds. There’s a lot more to come.