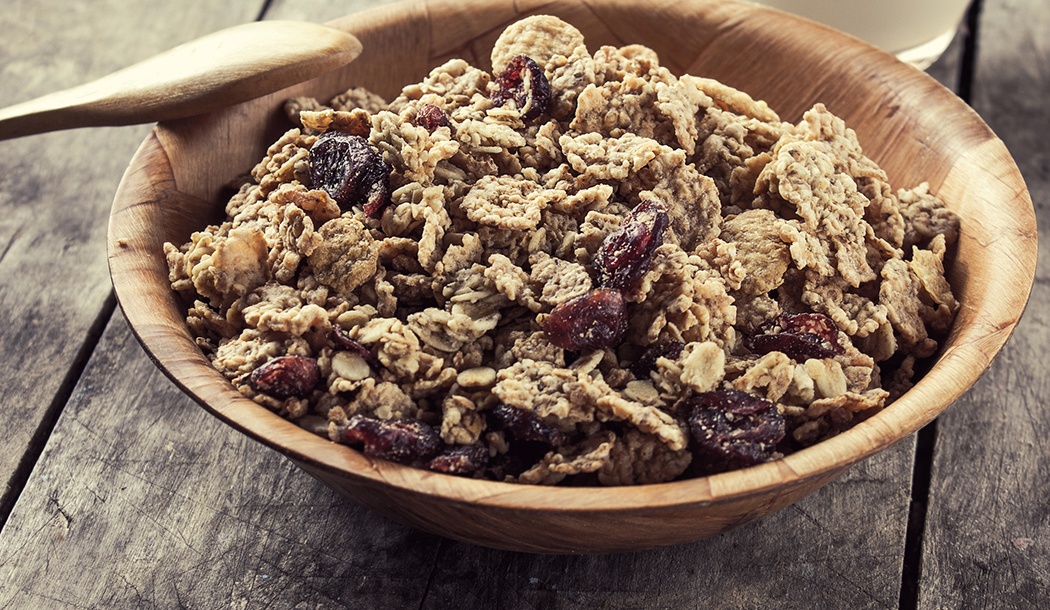 “Cereal” is pretty much equal to “breakfast” for millions of Americans, maybe hundreds of millions. The tradition of cereal runs deep, going back hundreds of years in Western cultures, often beginning with hot cereals like oatmeal and porridge.

It wasn’t until 1891 that John Harvey Kellogg, a doctor and son of a factory owner, created and patented the light, crunchy product we all know as cornflakes. The ease and accessibility of ready-to-eat cold cereal quickly captured national attention, and soon after there were dozens of rival manufacturers.

Kellogg’s original goal with the cereal was to supplement the vegetarian diet at the health institute he oversaw, called the Western Health Reform Institute in Battle Creek, Michigan. One of the patients admitted there in the late 1800s was Charles W. Post, who found the all-grain diet inspiring, and (as you probably guessed from his name) went on to develop Grape-nuts and other Post brand cereals.

Sad to say, the cereal industry that was born out of the natural health movement has been overrun with flashy marketing campaigns and high levels of sugar and food coloring. Much of the advertising is targeted at children, and often sugar is the top ingredient by weight.

But the initial concept of using whole grain cereal as a health food is now being underscored by modern science… and could be the key to saving you or someone you love from colorectal cancer.

The names are interchangeable – colorectal cancer, colon cancer, bowel cancer, or rectal cancer. But all are cancers that start in the colon or the rectum. Like any cancer, they mostly start when mutated cells in either one of those areas grow and spread out of control.

This turns out to be important when it comes to a cancer diagnosis, because the severity of colorectal cancer is linked to how deeply that cancer is lodged in the wall of your colon or rectum.

It’s worth mentioning here that one of the benefits of a healthy diet is that foods rich in fiber – sometimes called “roughage” — move along your colon during the digestive process and scrape off some of the toxins and rogue cells that get lodged throughout your bowel system.

Fiber is found not only in grains but also in fruits and vegetables, but thanks to recent research, it turns out that high-fiber cereal is one of the best possible ways to promote the “scrubbing and scraping” process – particularly if you’re battling a diagnosis of colorectal cancer. The type of fiber does make a difference.

Dr. Andrew Chan of Harvard Medical School and Massachusetts General Hospital in Boston announced these findings from a recent study he co-authored for JAMA Oncology. For eight years, the study followed 1,500 adults diagnosed with colon cancer; about half died during that time period.

The study shows beyond a doubt that a high fiber diet gives you a significant boost in fighting bowel cancer and any related colon cancer diagnosis. In fact, for each additional five grams of fiber eaten daily by study participants, the odds of dying dropped 22 percent. There was also a 14 percent lower mortality detected from all causes of death.

Five grams is less than a fifth of an ounce. A little bit of fiber conferred a huge health benefit on this group of cancer patients.

But the really interesting news, and it’s very good news indeed, is that the benefit doesn’t seem to be tied to whatever your diet was pre-diagnosis. So even if you lived on French fries and ice cream prior to a colorectal cancer diagnosis, upping your fiber intake after a diagnosis will still make a significant difference.

As Dr. Chan put it, his findings “seem to be independent of the amount of fiber eaten before diagnosis.”

It looks to me like fiber is a legitimate treatment for colon cancer. Not a miracle cure all by itself, but a significant weapon in your arsenal.

But I suggest you don’t wait until a doctor tells you you’ve got colon cancer.

Eating a high-fiber diet – not only cereal but all sources of fiber — will go a long way in helping to keep you from ever being diagnosed with colorectal cancer in the first place. Still, it’s nice to know that even once the damage is done, there’s an easy, natural way to help your body overcome it.

Not all fibers are created equal

As I hinted earlier, this study produced an interesting twist: the type of fiber matters. A lot.

In fact, cereal fiber, along with foods high in whole grains (like brown rice, oatmeal, whole grain cereal, or whole wheat bread), was what made the difference between lowering mortality versus having no effect. Vegetable fiber didn’t show any significant reduction.

That’s not to say vegetable fiber isn’t worth it. The same study found that for every additional five grams a day of vegetable fiber a person consumes, he or she enjoys lower “all-cause mortality,” that is, a lower chance of death from all other diseases – a whopping 17 percent lower. So veggie fiber still makes a tremendous difference to your health…

But if you’re fighting colorectal cancer, cereal fiber is the key, at least according to this study.

Don’t lose sight of the big picture: Your overall lifestyle has a bigger influence than your cereal bowl. A generally healthy diet, plus exercise, plus avoiding toxins, plus taking care of your stress levels through meditation or yoga, plus high-quality sleep – all those will play a larger role in keeping cancer completely at bay.

But if you want to get more bang for your fiber buck by way of the traditional breakfast cereal, I recommend applying the Five-to-One rule suggested by Michael Greger in his book, How Not to Die.

When buying cereal (or any whole-grain products), look at the Nutrition Facts label. You want the ratio of grams of carbs to grams of dietary fiber to be five or less. So if your cereal box has 30 grams of carbohydrates and three grams of fiber, that gives you a ratio of 10 (thirty divided by 10 is three). Ten is a whole lot more than five, which is your goal, so move on to the next box of cereal.

My go-to morning meal, organic oatmeal, has 27 grams of carbs to four grams of fiber. A bit under seven-to-one. So I guess I’ve got some work to do!