Beware of This Sneaky Carcinogen in Your Food – Cancer Defeated

Beware of This Sneaky Carcinogen in Your Food 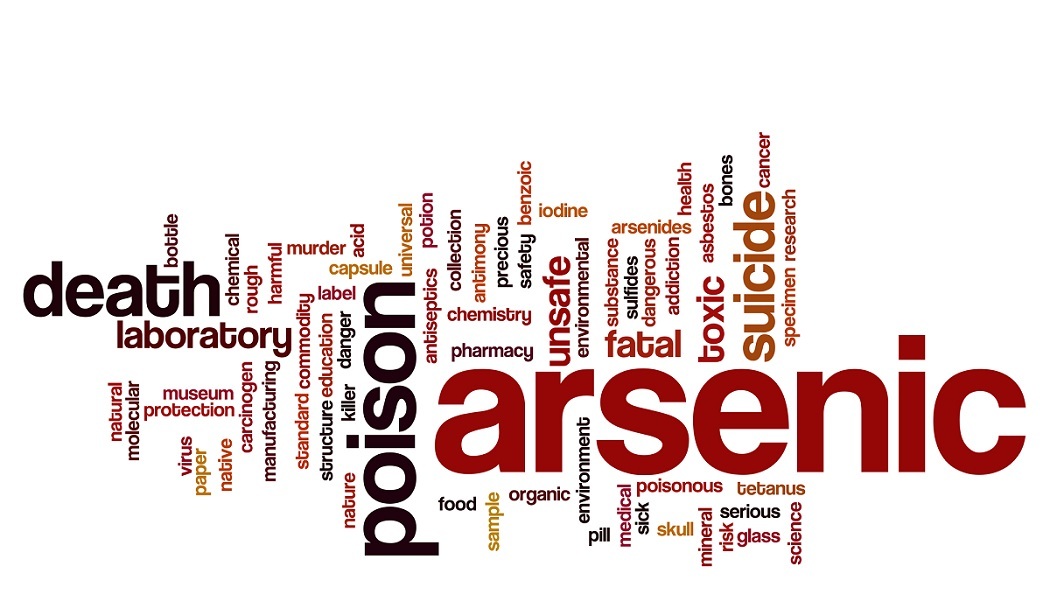 Every once in a while, the media stirs up concern about arsenic in our food and drinking water. But after a brief spate of headlines, the concern vanishes.

But the problem doesn’t vanish, and you should do something about it. And some experts believe – with reason – that it might be getting worse.

A number of states are now taking steps to fight back against our arsenic consumption – mostly with filtration systems that limit its level in drinking water. That will help, but it’s not enough. And if you don’t happen to live in one of those places, it’s no help at all.

Too much arsenic in our food and water could pose a long-term, serious cancer risk. Arsenic can significantly lift your risk for lung, bladder and kidney cancer. You probably won’t develop the disease until years from now – and in some cases the cancer occurs decades after exposure.

How did this poison become so widespread, and what can we do to protect ourselves?

Only since 1997 has the World Health Organization recognized arsenic in drinking water was a world-wide health issue. Since then, studies show cancer is not the only risk. Consuming food and water contaminated with arsenic increases your risk for heart disease, diabetes and lung problems.

Some exposure to arsenic in your meals and the environment is unavoidable, because the mineral is found naturally at low levels in soil everywhere. Plus, I don’t believe in scaremongering about relatively small boosts in cancer risk that are hard to avoid.

What makes sense are prudent steps any of us can take. Probably the easiest one is to make sure you drink healthy water – not just because of arsenic but a whole raft of other pollutants as well.

It’s useful to know there are two forms of arsenic – organic and inorganic. In this context the word “organic” has nothing to do with organic food and that sort of thing. It’s just a chemical term for molecules containing long chains of carbon atoms.

Inorganic arsenic, which usually occurs as a pollutant from industry, is much more toxic to the body. Organic arsenic is not totally harmless either, but it’s not as much of a risk.

A big problem today, however, is that inorganic arsenic is showing up in ever-larger amounts in many foods, and can be especially common in water and rice. As a matter of fact, in the summer of 2019 several brands of bottled water had to be recalled from stores like Walmart, Target and Whole Foods because they were too high in arsenic.

Afterwards, the bottled water producer said it was installing filters at its plants designed to take out the arsenic.1 As far as I can gather, the questionable products were store brands, not nationally branded water like Deer Park, Polar Springs or Perrier.

That’s why I’ve always bought nationally branded bottled waters. They have a lot more at stake than a store brand, and a lot more incentive to get things right.

The origin of much of the inorganic arsenic in soil that ends up in food and water stems from chemicals farmers used in the 1950s, 60s and 70s. After that, the pesticides and herbicides containing arsenic were taken off the market.

This did not solve the problem of the estimated 1.6 million tons of arsenic-laden chemicals that had been dumped on farmland before the ban. Some of it lingers on and is still being absorbed by food crops.

Rice has proven to be one of the most troubling foods in terms of arsenic contamination. Exactly how troubled we should be is a matter of debate.

But following tests at Dartmouth, the researchers were forced to conclude, “Our findings suggest that many people in the United States may be exposed to potentially harmful levels of arsenic through rice consumption.”2 As analyses have shown, rice generally contains ten times as much arsenic as other grains.3

The Dartmouth study found that the level of arsenic in your blood generally rises in proportion to the amount of rice you eat.

The relatively high levels of arsenic in rice occur because the plant efficiently absorbs the mineral and it ends up in the grain, provided the plant is grown in soil and water containing arsenic. And in many parts of the world, the water used to flood rice paddies is often high in arsenic.

That’s unfortunate, because higher-fiber brown rice is otherwise the healthier choice, while low-fiber white rice is a high-glycemic food that spikes your blood sugar.

When you buy your rice, our sources suggest you should avoid rice grown in Texas, Missouri, Louisiana and Mississippi. In those states the crop is often raised in areas that had previously been cotton fields treated with arsenic-containing pesticides.

A better choice is white rice grown in California. Other experts recommend buying rice grown near the Himalayas like Northern Pakistan and Northern India.4 I expect it may be hard to find, and more expensive.

Other methods for limiting how much arsenic you consume include:

Unfortunately, after you’ve been exposed to arsenic, your increased risk for cancer can persist for decades.

According to a study in South America by researchers from UCLA and the Pontifical Catholic University of Chile, in some cases excessive arsenic in your food can increase your risk of cancer for at least 40 years.

Their research, performed in a town that had high levels of arsenic in drinking water that was cleaned up in 1970, found that people were still dying at higher-than-average rates from lung, bladder, and kidney cancer in 2010.

The scientists believe this delay between exposure to arsenic and the development of arsenic-linked cancer represents one of the longest latency periods found for any human carcinogen.7

As you look for ways to mitigate the health problems linked to arsenic, getting enough folate in your diet may help.9 And there’s some evidence that drinking green tea may also negate some of the ill effects of arsenic.9