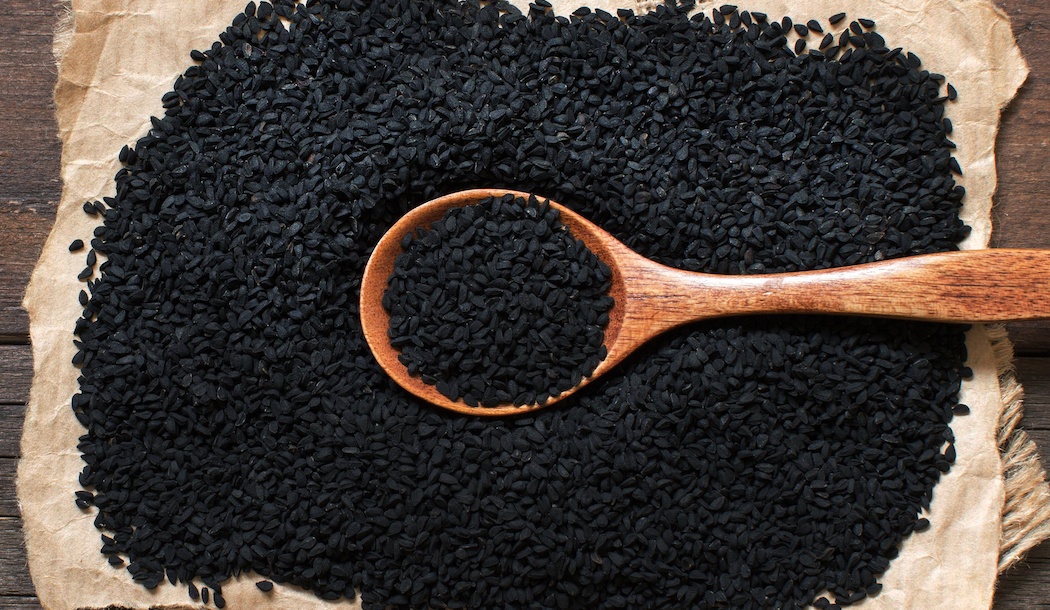 If you’re a cook, you’re probably familiar with cumin, a tannish-colored powder derived from grinding the seeds of a plant related to the parsley family. The spice is commonly used to prepare Mexican, Spanish, Indian and Middle Eastern dishes.

There’s also a plant seed called black cumin (Nigella sativa or N. sativa) that may be less widely known, but has been making headlines lately as a powerful cancer fighter.

Practitioners of Indian Ayurvedic medicine often use cumin to relieve digestive tract disorders like diarrhea, heartburn and nausea. Scientists believe it may have earned this reputation because it stimulates production of protective enzymes in your pancreas.

Cumin also has the ability to enhance your insulin sensitivity. Some studies have reported that the cuminaldehyde found in cumin seeds inhibits glucose metabolism. If true, then cumin is a promising agent against diabetes.

What’s more, cumin extract has also flexed its muscle against the Helicobacter pylori (H. pylori) bacteria—a common cause of ulcers.

What can cumin do to beat cancer?

Many traditional and alternative medical practitioners believe cumin also has impressive anti-cancer properties that stem from its ability to:

Deriving from a plant in the parsley family, cumin shares similarities to anise, caraway, coriander, dill and fennel as well. And this family doesn’t mess around when facing cancer cells! All the plants in this clan contain unique phytochemicals (that is, natural plant chemicals), such as polyacetylenes and phthalides, which show both anti-inflammatory and cancer-protective properties.

One of the greatest aspects of N. sativa is its ability to stop some of the most aggressive forms of cancer, including pancreatic cancer.

Right now, pancreatic cancer is the fourth leading cause of cancer deaths in America, claiming around 48,220 lives a year. The survival rate after five years of conventional cancer treatment is a dismal four percent.

That’s why I’m so encouraged by a study conducted at Kimmel Cancer Center, part of Thomas Jefferson University in Philadelphia. The researchers found treatments containing N. sativa destroyed pancreatic cancer cells. The “magic” ingredient in N. sativa appears to be thymoquinone, an extract of the seed oil.

Researchers believe thymoquinone holds promise as a preventative strategy both for patients who have already gone through surgery and chemotherapy and are at risk of developing a second round of cancer, as well as those who have a generally high risk of developing cancer, period.

Along with her team, Dr. Hwyda Arafat of Thomas Jefferson University found that adding thymoquinone to cancer cells resulted in programmed cell death for about 80 percent of the pancreatic cancer cell lines tested. She and her team also found that the expressions of a tumor suppressor gene (p53) and a gene (Bax) that promotes apoptosis or programmed cell death both increased.

Similarly, the expression of the bcl-2 gene that blocks cell death was decreased. These findings are based on tests of lab-cultured cancer cells, not human subjects.

Other observations included what the team called “epigenetic” changes in pancreatic cancer cells—that is, modifications to the “expression” or activity of the cell’s DNA. The thymoquinone essentially increased the acetylation process of DNA proteins, which is key to initiating cell death. And at the same time, thymoquinone acted as a histone deacetylases (HDAC) inhibitor, which basically stops the gene transcription process so cancer cells can’t replicate.

Helps reduce side effects of chemotherapy

Other studies found that N. sativa oil helped reduce unwanted side effects from chemotherapy, and that it had incredible success as a tumor therapy.

In 1997, a study at the Cancer Research Laboratory of Hilton Head Island in South Carolina showed that N. sativa oil increased the growth rate of bone marrow cells by an incredible 250 percent, while at the same time inhibiting tumor growth by 50 percent.

And in a study on N. sativa and breast cancer, researchers found that N. sativa both alone or in combination with oxidative stress was an effective in vitro (test tube) treatment for deactivating breast cancer cells.

As proof that N. sativa is making headway as a cancer remedy, the U.S. Food and Drug Administration has already granted two patents that involve N. sativa oil for the purpose of treating cancer, boosting the immune system, and preventing side effects from chemotherapy.

The honey is used as a carrier to get the oil to the diseased cell, and Manuka honey is said to have the highest anti-microbial activity of all honeys. This protocol, combined with a healthy lifestyle, is said to work wonders both in helping cancer patients as well as those folks suffering with a variety of other ailments.

Cures just about everything but death

It appears Nigella sativa is an effective remedy for much more than just cancer, including both acute and chronic conditions—everything from diabetes and hypertension to dermatological conditions.

Additional studies by Dr. Arafat and her team indicate it can treat a broad array of immune and inflammatory disorders, on top of thwarting the growth of diseases like prostate and colon cancer. The oil has also been shown to have anti-fungal effects and has been successfully used to treat the growth of Candida in all organs in the body.

In the Middle East and certain Southeast Asian countries, Nigella seeds are sold in small bundles labeled “black cumin.” They’re meant to be rubbed until they warm up, and then they let off an aroma that supposedly opens clogged sinuses similar to eucalyptus treatments.

So far, small quantities of the N. sativa oil appear to have no harmful side effects, though there isn’t enough research on larger, medicinal quantities to know if those are safe. The only adverse effect I came across was that some people get allergic rashes if they rub the oil on their skin, which some practitioners recommend doing for joint pain and headaches.

If you’re interested in trying N. sativa, the oil and nutritional supplements containing it are widely available both online and in herbal and nutritional stores. Try to purchase organic, cold pressed N. sativa oil that’s free of additives.

I suspect the thymoquinone extract researched by the team at the Kimmel Center may turn out to be extremely effective when given intravenously (by IV). But as far as I know, no studies have been done. The Kimmel study, as I mentioned, was on lab cultures, so we’re well short of knowing what we need to know about the clinical value of this substance.