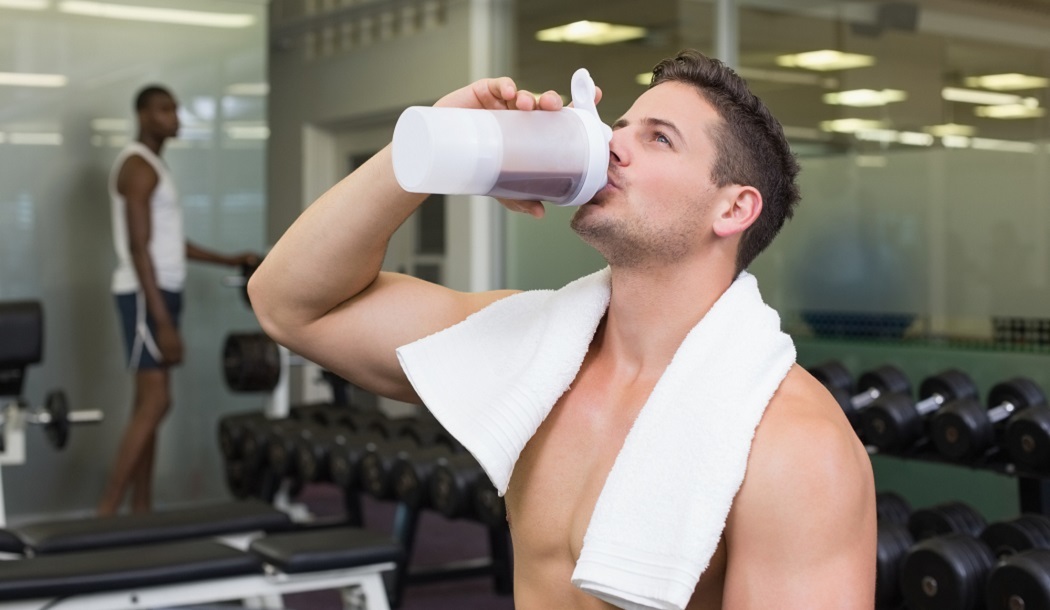 Think about this: Research into a nutrient touted by bodybuilders and other athletes for pumping up muscles has been proven to pump up the ability of immune cells to take on cancer cells.

On top of that, other studies show that this nutrient may help cancer patients avoid the common problem of losing muscle tissue when being treated for tumors. Wasting away is a major problem for cancer patients. The condition is called cachexia, and anything that can help should be welcome.

Luckily, since this supplement has had a long history of safe use, you don’t have to worry about side effects at all.

Keep reading for the full story. . .

Lab tests at UCLA show that creatine, an organic acid often taken by athletes to spur muscle growth, can work as a kind of molecular battery for immune cells called T cells – helping these cells store energy and using the extra power to fight off cancer.

According to the researchers, their investigation demonstrates that the intake of creatine is vital for the anti-tumor attacks carried out by CD8 T cells, which are also called killer T cells.1

The scientists also observe that this means taking a creatine supplement can enhance the effectiveness of immunotherapy – a cancer treatment that uses the body’s immune cells to fight malignancies.

“Because oral creatine supplements have been broadly utilized by bodybuilders and athletes for the past three decades, existing data suggest they are likely safe when taken at appropriate doses,” says UCLA researcher Lili Yang. “This could provide a clear and expedient path forward for the use of creatine supplementation to enhance existing cancer immunotherapies.”

The UCLA scientists focused their study on T cells that function as “tumor-infiltrating lymphocytes,” because they penetrate into tumors where they destroy cancer cells. An analysis of these cells shows that the killer T cells inside tumors have what are called “creatine transporter molecules” on their surfaces that are designed to increase their ability to absorb creatine into their protoplasm.

According to Dr. Yang, “We could see that these tumor-battling T cells had increased their capacity to take in creatine, likely for a good reason, so we designed experiments to determine what happens when they can’t get it.”

And sure enough, when they examined killer T cells that were lacking in a gene that helps produce the creatine transporter molecules, they found those immune cells were hampered in taking in extra creatine and going into combat against cancer.

The lab tests also provided evidence that taking a daily helping of creatine comparable to the amount frequently consumed by bodybuilders and other athletes enables T cells to be more potent in holding back colon cancer and skin cancer growths.

“Taken together, these findings suggest that killer T cells really need creatine to fight cancer,” notes Dr. Yang. “Without it, they simply can’t do their jobs effectively.”

Your body can make its own creatine – and many animals make it in their bodies, too. Most of the body’s self-made supply is created in the kidneys and liver. But we also consume it in foods like fish and meats.

Athletes first started taking creatine supplements when tests showed that cells in the body that burn a lot of energy – like muscle tissue and brain cells – stock up on creatine so they can access it when they need it.

Not until this UCLA study, however, was there solid proof that killer T cells can work better with a bigger creatine supply.

The UCLA scientists point out that when cells use a lot of creatine – including these killer T cells – they operate somewhat like hybrid cars. While they primarily run on energy created from nutrients like glucose, fats and amino acids, they can also use a secondary power source stemming from creatine.

In this process, when the T cells are not very active, the creatine acts like a battery that absorbs energy in the form of a substance called ATP (which is produced from the glucose, fats, etc.). Then when the cell runs short of those other substances, it taps into this creatine ATP-filled “battery” to keep going until it can get another form of fuel.

“This creatine-powered hybrid engine system enables killer T cells to make the most of their available energy supply in an environment (inside a tumor) where they have to compete with fast-growing tumor cells for nutrients,” Dr. Yang says.

Tumor cells are great gluttons for glucose, so it’s easy to see how they could rob T cells of this nutrient. It’s fortunate that T cells can power themselves on creatine.

Cancer researchers have also begun looking into how creatine might be used to fight back against cachexia, the severe, debilitating loss of muscle tissue during cancer that can devastate health.

Studies suggest that this severe loss of muscle – not the cancer itself – is responsible for killing one-third of cancer patients. Cachexia can often also involve severe fatigue and persistent nausea.

Creatine is not a magic bullet, but it looks like it may help. Research on creatine’s effect on cachexia has been mixed so far. More tests are underway and some studies have shown a modicum of benefits.

The causes of cachexia during cancer are complicated. A tumor may start growing in one part of the body but cause muscle loss in a completely different part of your anatomy.

“A small tumor hidden in your lungs or pancreas can cause your muscles to shrink and weaken,” says researcher Kristine Pettersen, who teaches at the Norwegian University of Science and Technology. “You may feel fatigue, shortness of breath or your tolerance to exercise may be impaired because your heart function may be reduced.”

Studies show that tumors release molecular signals that cause the disintegration of muscles – and the disintegration works to cancer’s advantage: The cancer cells can soak up the protein and other nutrients liberated from muscle to fuel their growth and accelerate their invasion of the body’s organs.

Now, I found that research in Australia on men with prostate cancer shows exercise – lifting weights and aerobic activity – may be able to slow or reverse cachexia.2

To me, it makes more sense that you need a formal exercise program in addition to the creatine supplements to stimulate muscle growth in these patients.

Some scientists in Australia apparently agree.  They’re now pushing hard for future studies to combine exercise with creatine. As they put it, “We recommend that future studies examine the effects of Cr (creatine) supplementation in conjunction with resistance exercise on important clinical outcomes in individuals with cancer at a heightened risk of muscle loss.”3

If you decide to take creatine, follow the package instructions. If you take too much creatine, the most common side effects seem to be digestive issues – things like stomach ache, diarrhea and cramps. If you are being treated for cancer and want to take this supplement, talk to your healthcare provider about it – while being aware that conventional doctors and especially oncologists are usually not fans of food supplements.

The easy and sensible thing to do is just stop taking the supplement if you think it’s causing you digestive upset. As I said, creatine is remarkably safe and has a great track record.

One last thing – there was a study years ago that purported to connect creatine with testicular cancer. But no one I could find takes that study seriously any more. There were a lot of questions about the poor design of the research and many of the athletes in that study were also taking steroids which are linked to cancer.4 It turned out to be a non-issue for creatine.