Brazilian Mushroom Stops Up to 99.4 Percent of Tumors – Cancer Defeated 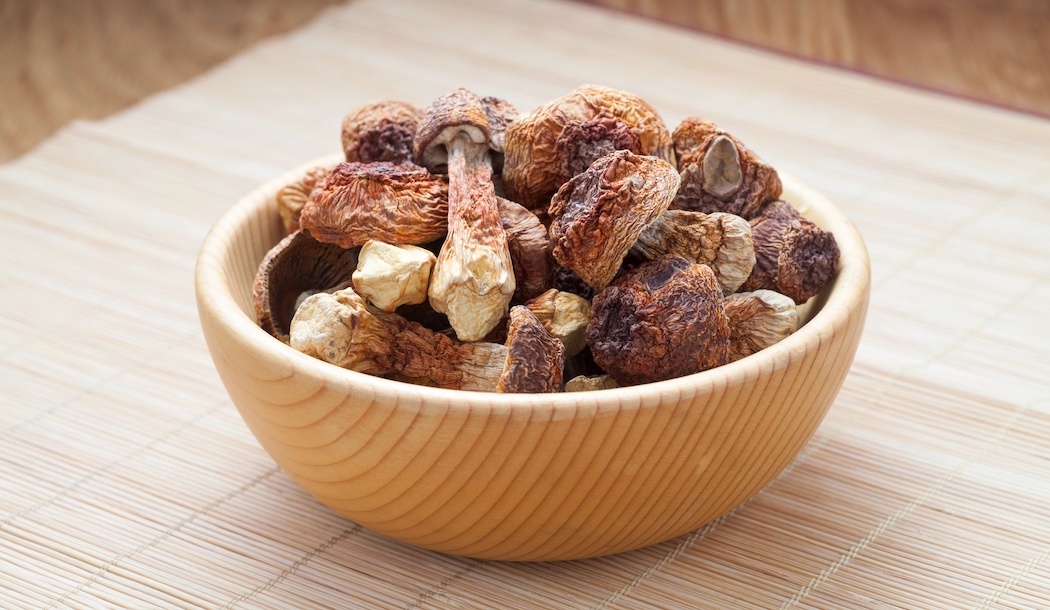 The next time you smother a baked potato with a big pile of freshly sautéed mushrooms, you’ll have more to appreciate than a happy palate.

Mushrooms are one of the most potent immunity boosters on the planet. They also lower cholesterol, help with weight loss, and improve diabetes.

Their medicinal properties have been the subject of countless studies. The benefits have been thoroughly researched and documented. But it’s their cancer fighting properties that garner the most attention, and why their healing properties are appreciated all around the world.

In addition to being incredibly nutritious – packed with proteins, fatty acids and vitamins – some well-known mushrooms like shiitake have chemicals that stimulate your body’s immune system to target and attack cancer cells.

Studies have shown shiitake extract prevents tumors from taking hold and lowers the rate of cancer recurrence. There are numerous mushroom species with powerful cancer fighting properties, but the most impressive results seem to occur with formulas containing extracts from more than one species.

Hundreds of hospitals and clinics in Japan reportedly use a multi-mushroom formula known as AHCC. Another potent combo is RM-10 Ultra. It has ten different mushroom extracts as well as other cancer fighting components such as vitamin B-12, calcium and selenium.

Among individual mushrooms (as distinguished from multi-mushroom formulas), one has caused quite a stir. Scientists discovered Agaricus Blazei Murill, or the ABM mushroom, while investigating why natives in Sao Paolo, Brazil enjoy long lifespans.

In fact, the studies in Japan show ABM to be 80 percent more effective than one of the world’s leading chemotherapy drugs, PSK. In Japan, an injectable form of ABM eliminated all cancerous tumors in 90 percent of experimental mice. Additionally, when the mice were given ABM as a preventative and then injected with a very powerful cancer-causing agent (Sarcoma 180), 99.4 percent of them showed no tumor growth.

Conventional medicine doesn’t have a preventative anywhere near that powerful.

If you happen to find a doctor who will administer the substance by injection, I recommend you ask him to monitor your liver function. There have been some reports of adverse side effects on the livers of a few patients. Hard to say whether the ABM extract was to blame, but caution is a good idea.

The website of Memorial Sloan-Kettering Cancer Center – normally not a big advocate of alternatives – has good things to say about ABM.

“Other preliminary data show that daily intake of Agaricus powder improves quality of life among cancer patients in remission.” Sloan-Kettering goes on to say that “immunomodulatory effects were observed.”

ABM, shiitake mushrooms and many other fungi are rich in beta glucans, a family of natural chemicals that alternative cancer experts highly recommend.

Beta glucans are a key ingredient in the cancer fighting strategy of many of the alternative doctors and cancer experts that we’ve talked to through the years and are recommended in several of our books and special reports on alternative cancer treatment.

Some of these experts recommend a brand of beta glucans derived from another fungal source – baker’s yeast – but the glucans found in ABM are of the same highly active family. One advantage to the mushroom extracts is that they contain other cancer fighting substances besides beta glucans.

As with many alternative cancer remedies, these amazing substances are in constant danger from regulators. The better known they become, the more they’re at risk of being squashed by big pharma.

Take the mushroom extract MGN-3 for instance. It’s backed by tons of scientific evidence, it boasts proven immune boosting properties, and thousands of patients became cancer-free because of it.

The formula’s success was too much for big pharma to put up with. They eventually pressured the FDA to bring a lawsuit against the manufacturer over labeling.

As you know, over-the-counter alternative cancer remedies aren’t allowed to say a word in their packaging about the benefits to cancer patients. It makes no difference whether the statements are true and can be confirmed in medical research. The manufacturers can’t quote objective, third-party, published studies suggesting the product benefits cancer patients.

As a consumer, you have to discover the benefits from sources like us, then go shopping for the product. For some reason, the company that marketed MGN-3 persisted in making cancer claims – at least that was the government’s view – and that got them into big trouble.

A judge forced the company to shut down and, believe it or not, pay back every cent to its customers going back five years. Even in the face of staggering success stories and happy, cancer-free customers.

Fortunately, MGN-3 supplements are once again available online. MGN-3 is also sold under other names such as Biobran and Hemicellulose Complex with Arabinoxylan.

In addition, ABM supplements are also available for sale online. You can find ABM as a stand-alone product or in numerous combination mushroom extract products.