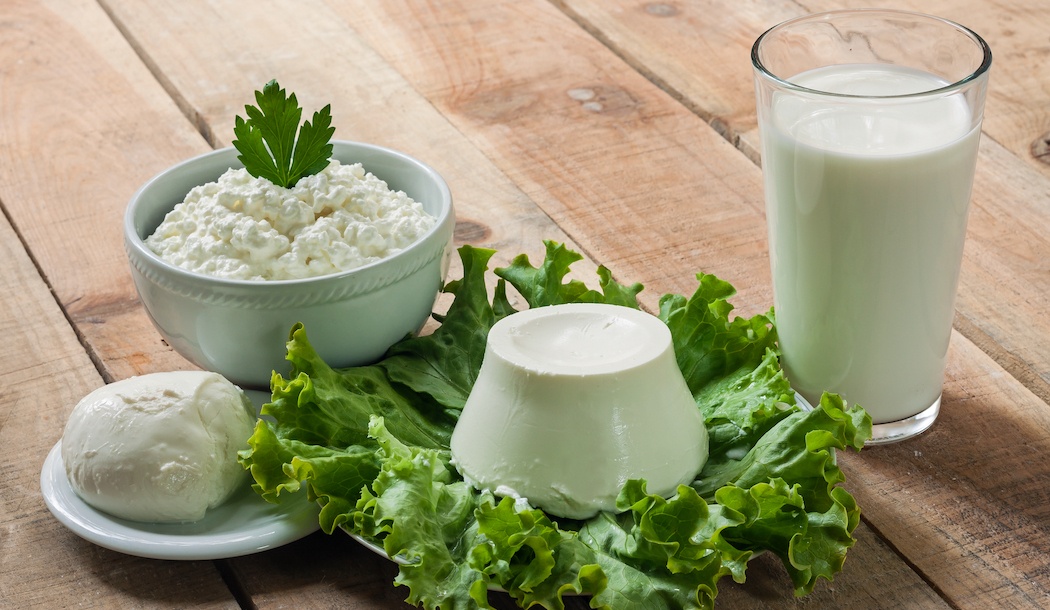 A specialized protein originally discovered in human breast milk, as well as the milk made by every other mammal on earth, has now been shown to produce a wide array of health benefits.

Most important, this specialized protein can help the immune system attack– and defeat – cancer.

Let’s take a closer look at this protein, called lactoferrin, and how it can help you or someone you love.

Lactoferrin is a glycoprotein because it consists of a carbohydrate attached to hundreds of amino acids. And there’s a reason it’s in breast milk: studies show that lactoferrin helps breast-fed babies enjoy important health advantages over children who are fed formula.

For one thing, it plays an important role in helping the immune system function more effectively within the digestive tract. But lactoferrin plays a crucial role for adults, too. In fact, in adulthood, our bodies produce lactoferrin to keep the immune system behaving properly, help wounds heal and make it difficult for cancer cells to grow.

This protein was first discovered in 1940 in cow’s milk and then, later, was found in human breast milk.

After that, lactoferrin was isolated from pigs, mice, horses, rabbits, dogs, and from pretty much every other animal that feeds milk to its young. But human milk, say researchers, is the lactoferrin champion. It contains a higher lactoferrin concentration than the milk of any other species.

Human colostrum – the nutritious liquid secreted by the breasts over the first few days following a birth, and before breast milk appears – is particularly rich in lactoferrin.

Although lactoferrin was given its name to denote that it was first revealed in milk, it’s now known to be found in human saliva, tears, mucus, seminal fluid and bronchial secretions. Lactoferrin is even released by white blood cells.

The “ferrin” part of the lactoferrin name refers to the fact that it latches on to iron. Its iron-capturing effect, studies show, prevents cells from being overexposed to iron ions that roam the body and can cause cellular harm.

But iron is, as the old saying goes, a “two-edged sword.”

Despite the problems iron can cause to your health, it’s still a mineral that cells need to function properly. Every time you breathe, the iron in red blood cells helps oxygen move from the lungs into circulating blood and throughout the rest of the body. As a matter of fact, the crimson hue of heme, the cellular compound that contains iron, is the reason red blood cells are red.

Iron also plays a role in forming certain enzymes and creating important proteins. And it’s necessary for mitochondria – the energy-producing organelles in each cell’s cytoplasm – to function properly.

However, because iron can also be oxidized or facilitate the oxidation of other substances in the body, it takes part in forming “highly reactive oxygen species” – destructive free radical compounds that can attack DNA, causing genetic mutations which cripple cells and kill them. What’s more, researchers have found that excess iron can damage the DNA contained in mitochondria, which causes aging.1

Another potential issue linked to iron is the fact that it’s a key mineral that cancer cells use to enable their rapid growth and spread, or metastasis, throughout the body.

Because cancer cells reproduce quickly and make tumors bigger and bigger, they need a considerable supply of iron to enable their mitochondria to pump out a sufficient supply of growth-supporting energy.

As a result, the amount of iron these cells draw into themselves would be enough to kill ordinary cells. But the cancer cells have devised ways to insulate themselves from being destroyed by the iron and they keep their stash of iron in a substance called ferritin.

Consequently, studies show that cancer patients whose cancer cells have stockpiled extra supplies of ferritin are at a greater risk of dying from their tumors.2

Although researchers aren’t quite sure how lactoferrin interacts with and hampers the growth and survival of cancer cells, studies show that its ability to bind up iron from cancer cells puts a brake on their spread and can throw them into apoptosis – a pre-programmed cellular death.

And Australian researchers say that getting to the bottom of exactly how lactoferrin deprives cancer cells of iron is particularly important for breast cancer. That’s because breast cancer cells can hold on to and use iron to help them become drug-resistant.3

A study by these Australian scientists also shows that, like other natural chemicals that fight cancer, lactoferrin doesn’t harm normal cells but only kills off cancer cells.

Other studies demonstrate that lactoferrin:

Stimulates the immune system to inhibit cancer.  Research in Japan shows that lactoferrin can slow or stop pre-cancerous polyp growth in the intestines and increase the number of immune cells that target the polyps.4 And a review study in Italy compiled a wealth of evidence that lactoferrin enhances the protective activity of immune cells in the intestinal walls in defending against cancer.5

Attacks leukemia. A study at the University of Texas in conjunction with researchers in Mexico indicates that lactoferrin can disable leukemia cells by distorting their cell membranes, fragmenting their nuclei and tearing apart their DNA – all of which lead to apoptosis.6

Slows down cancer in the mouth. A study of lactoferrin’s effect on oral squamous cancer demonstrates that it inhibits cancer growth while inducing apoptosis in cancer cells. (And here, too, it did not affect healthy cells in the mouth.)7

In discussing the anti-cancer benefits of lactoferrin, I’m only scratching the surface of the health benefits that researchers are investigating.

Lactoferrin plays so many important roles in the human body that Hans Vogel, a researcher at the University of Calgary in Canada, calls it the physiological equivalent to the “Swiss army knife of the human host defense system.”

In addition to fighting cancer, he goes on to say, “We now know that lactoferrin has many functions in innate immunity and that it plays a role in protecting us from bacterial, viral, fungal, and protozoal infections.”

Studies are also looking into how lactoferrin interacts with the probiotic bacteria that grow in the intestinal tract and how those interactions may be used to help the body fight off infections that are resistant to antibiotics.8

And researchers in the Middle East are looking at how lactoferrin might be used to protect the brain against Alzheimer’s disease.9

Considering all of its functions in the body, this is no doubt not the last we’ll be hearing about lactoferrin.

While we don’t hear much about lactoferrin supplements, there are many choices.

A study published in the journal Food Science Nutrition in 2017 suggested that oral supplementation with lactoferrin can improve the immune system and antioxidant capacity of cells.

One thing to note, lactoferrin is also available in a form called apolactoferrin. Some sources, such as Life Extension, who sell apolactoferrin, report that it’s the superior form to supplement with because it’s “iron depleted.”