Brighten Your Mood with This Cancer-Fighting Nutrient – Cancer Defeated 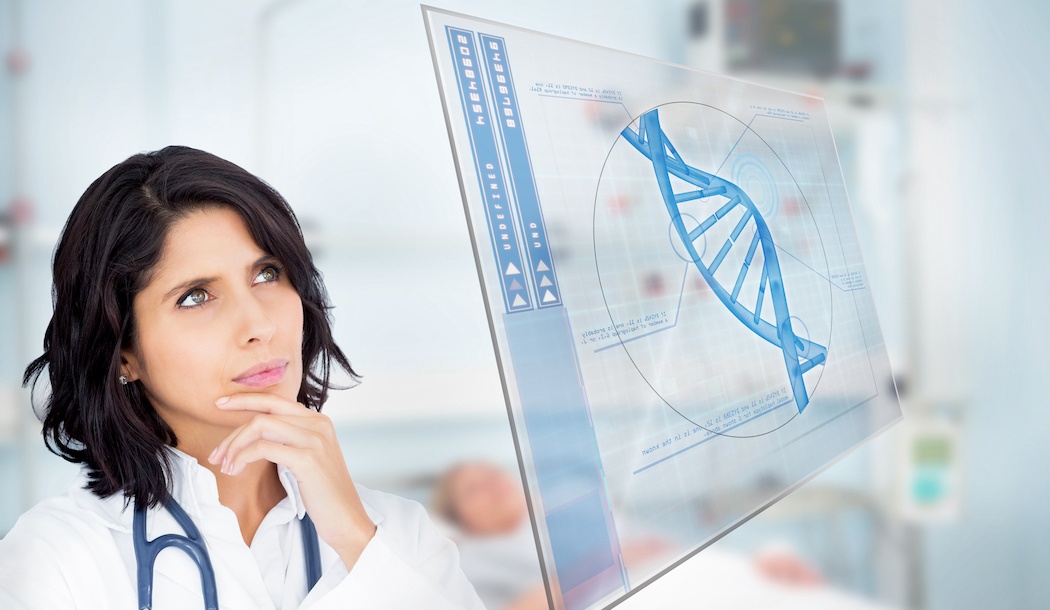 Many cancers have a genetic component and can begin when one or more genes are turned “on” or “off.” Certain diet and lifestyle changes can help keep genes well-functioning and prevent cancer. So can a little-known nutrient.

SAMe (pronounced “Sammy”) is also known as SAM-e, S-adenosylmethionine, or ademetionine. Despite the complicated name, it’s a nutrient, plain and simple. SAMe is produced naturally in the body and is not found in food. However, people with low levels of methionine, folate, or vitamin B12 may have difficulty producing enough SAMe.

SAMe is a co-factor that drives DNA methylation, which regulates gene expression.1 This process helps fight age-related diseases. And may even increase lifespan.2

Here’s how it works…

Your DNA contains a sequence of genes that determine your physical traits. Think hair and eye color, bone structure, susceptibility to certain diseases and even longevity. Your 20,000 genes can be inactive as well as active. This is what the science of epigenetics studies – how and why your genes turn “off” or “on”.

DNA methylation is a key “switch” that modulates gene expression. This occurs when methyl groups attach to your DNA.

SAMe is your body’s preferred methyl donor. That means it’s involved in nearly every methylation reaction in your body. Run short on it, and you can’t methylate your DNA, a malfunction which leads to chronic inflammation, tissue damage, rapid aging and diseases like cancer.3

SAMe helps protect cell integrity and gene expression. So, it seems reasonable that it would help prevent cancer.

Studies show that SAMe fights proliferation and metastasis in some breast cancers. It also slashes angiogenesis (the formation of new blood vessels) and promotes apoptosis, or programmed cell death, in cancer cells.4

SAMe works even better when combined with another cancer-fighting nutrient, vitamin D.

According to a laboratory study performed last year, the combination of SAMe and vitamin D reduced growth of breast cancer cells.

In addition, this cancer-fighting nutrient duo also blocked tumor growth and breast cancer’s ability to spread to the lungs as well as the spread of breast cancer cells into bones.

Why is this combination so effective? The researchers point out that cancer growth demands activity from several different pathways. Therefore, scientists believe that therapies targeting many pathways are more effective compared to those that target only one. This is exactly how SAMe and vitamin D work.

Vitamin D and SAMe target different pathways critical for cancer growth and spread, or metastasis. So, it stands to reason that the combination would show enhanced anticancer effects – which it does.

Scientists believe that these two nutrients, when taken together, could reduce breast cancer mortality rates and help women who get breast cancer live longer. But SAMe’s benefits aren’t limited to breast cancer.

A 2009 laboratory study considered SAMe’s ability to prevent and treat the most common primary liver cancer, also known as hepatocellular carcinoma (HCC). In laboratory animals SAMe prevented HCC, although, once a sizeable tumor formed, SAMe was unable to stop its growth.5

Researchers administered the SAMe in this study via continuous IV infusion. So, unlike an oral supplement, it went straight to the bloodstream.

Just as effective as antidepressants

For decades, those struggling with depression have used SAMe as a natural treatment.

In fact, altered methylation is a strong predictor of mood disorders, even before symptoms appear.

Methyl donors cause “happy” feelings in your brain as increased levels of neurotransmitters like serotonin, dopamine, and norepinephrine circulate and produce feelings of wellbeing. But you also need vitamin B12 and folate to reap those benefits. Many people with depression are also deficient in these B vitamins.

Studies show that SAMe is so effective that it works as well as prescription antidepressants. A landmark study in the American Journal of Psychiatry showed that people with depression who did not respond to anti-depressants such as SSRI’s fared better with SAMe. Their results showed “preliminary evidence that SAMe is effective, relatively well-tolerated, and safe.”

For one thing, most antidepressants only begin working after four to six weeks of daily use. On the other hand, SAMe generally starts working within one week.

Plus, antidepressants come with a laundry list of drug interactions and side effects, but SAMe mostly provides benefits. For example, SAMe may help boost memory and offer other cognitive benefits.

What’s more, combining SAMe with an SSRI improves outcomes and allows for a much lower dose of these conventional antidepressants.

SAMe also appears to benefit people who suffer from arthritis.

Got osteoarthritis? Get SAMe…

Osteoarthritis is a painful, debilitating disease. It triggers cartilage loss and bone destruction.

Though there’s no cure, there’s new hope for treatment in SAMe.

A meta-analysis of 11 studies shows that SAMe improves joint function, but without the side effects of drugs.

Another study shows SAMe reduced depression in osteoarthritis sufferers. This may result from reduced arthritis symptoms, or it could also be because of SAMe’s positive effect on mood.

If all of these great benefits aren’t reason enough to consider SAMe, this amazing nutrient also seems to have a direct impact on lifespan itself.

In addition, there’s evidence that long-lived animals are much more efficient at processing SAMe compared to shorter-lived species. Researchers believe that this efficiency leads to the stimulation of lifespan-extending genes.

How does SAMe extend life?

By activating your youthful enzyme AMP-activated protein kinase (AMPK), according to researchers.

An abundance of research has confirmed that the expression of your genes impacts your health and longevity. Since DNA methylation regulates your genes and SAMe is a key factor in methylation, boosting SAMe levels is a good thing.

SAMe is available in the U.S. as an oral supplement and is usually well-tolerated. However, if you have a compromised immune system, talk with your doctor before taking SAMe. You may be at increased risk of a bacterial infection known as pneumocystis.

SAMe can also interact with other drugs, including those anti-depressants that boost serotonin.

There’s no established recommended dosage of SAMe. To treat depression, you might start with 400 to 600 mg daily. But for osteoporosis, 600 to 1200 mg per day (divided into three doses) is often recommended by natural health practitioners.

It’s always a good idea to work with an integrative physician to determine what dosage of SAMe is best for your individual health situation.