Can Selenium Protect Us Against Cancer? - Cancer Defeated

Can Selenium Protect Us Against Cancer? 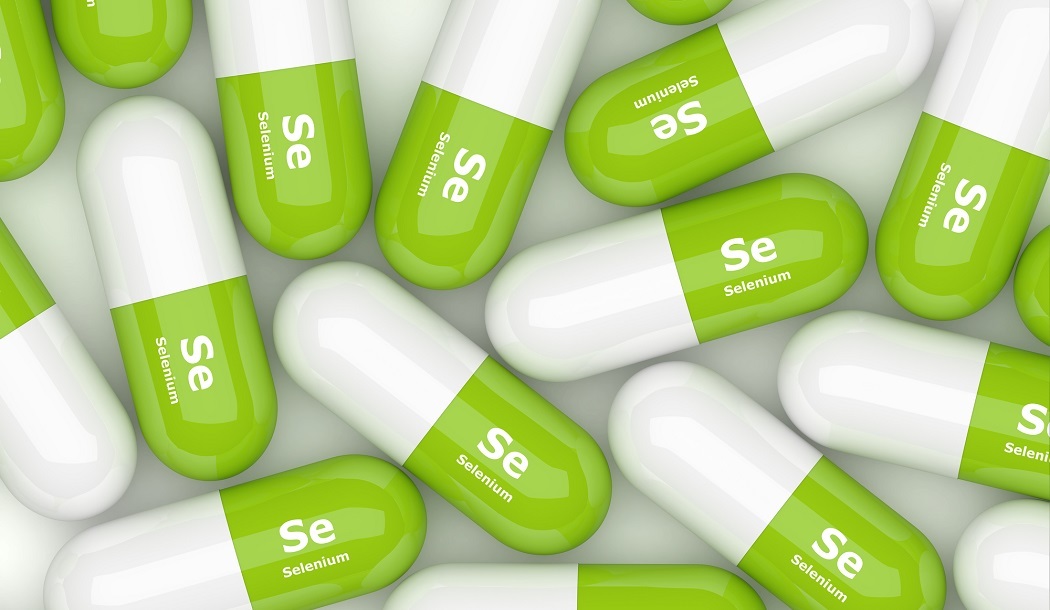 Before October 2008, selenium supplements were flying off health store shelves. The science seemed settled. Selenium protects you against cancer.

But then came startling news…

News headlines around the world screamed, not only is selenium of no benefit in cancer prevention, but it may do more harm than good.

More than a decade later, it’s time to take another look at the body of research on selenium to reassess the findings and try to answer the question: What is selenium’s importance, if any, in cancer prevention and treatment?

In the 1940s a small number of scientists began to explore the role of selenium in human health, but it wasn’t until the 1970s that research efforts exploded as it became apparent that this mineral was required for each one of our cells to function normally.

The scientific evidence showed that a shortage of selenium weakens the immune system, increases the likelihood of cardiovascular and degenerative diseases, lowers fertility, leads to sexual dysfunction and reduces the liver’s ability to detoxify the body.

Researchers also accumulated evidence that selenium was protective against cancer.

In 1969, researchers gathered some of the most interesting evidence linking selenium and cancer. The science revealed that people in 31 states with the lowest levels of selenium in crops (because they are grown in mineral depleted soil) had the highest incidence of cancer.

Researchers replicated these results internationally. In 27 countries surveyed, the death rate from cancers of the breast, ovary, colon, rectum, prostate and leukemia was higher when the dietary intake of selenium was lower.

Two years later, in 1971, researchers found that people living in Rapid City, South Dakota had the highest blood levels of selenium. They also had the lowest cancer death rate of any U.S. city at the time. On the other hand, people in Lima, Ohio had blood selenium levels testing 40 percent lower and a cancer rate that was double Rapid City’s rate.

Blood levels from 17 countries, including the U.S., mirrored these findings. The lower a population’s selenium blood levels, the higher the rates of cancer.

But the research goes beyond population studies.

In 1949, researchers published the first laboratory study on selenium intake and cancer. They demonstrated that a diet containing five parts per million of selenium reduced the incidence of tumors in rats.

Many other rodent experiments followed. In one, results showed selenium as strongly protective against skin cancer.

In another, researchers gave groups of mice a carcinogen constantly for 210 days. One group also received low to no selenium, while the another group received higher amounts of selenium. 80 percent of those supplemented with very low or no selenium developed cancer compared to fewer than 10 percent in the groups receiving higher amounts of selenium.

One of the “most effective”
breakthroughs against cancer

By 1978, Dr. Gerhard Shrauzer of the University of California, San Diego had been researching selenium for over a decade. He concluded, “Selenium is a giant step toward preventing cancer – it is a major breakthrough. It is one of the most efficient agents in stimulating the natural defense mechanisms against cancer.

“If selenium were used properly as a preventive measure against cancer, I think it’s possible that it would enable us to cut the mortality rate by 80 percent to 90 percent in this country.” Other cancer experts echoed these sentiments at the time.

In 1996, researchers published the first gold-standard human clinical trial in the Journal of the American Medical Association (JAMA). The study found that supplementation with 200 micrograms of high-selenium yeast per day reduced lung, colon and prostate cancer incidence by 50 to 63 percent.

Other intervention trials combined selenium with other nutrients.

In 2004, researchers in France gave 13,000 people four antioxidants as well as 100 micrograms of selenium each day.

How selenium protects against cancer

At a cellular level, selenium is protective because it forms an integral part of the powerful antioxidant enzyme system, glutathione peroxidase.

Glutathione peroxidase, one of many selenium-containing proteins or selenoproteins, is a family of antioxidant enzymes that are potent free radical scavengers both inside and outside of cells.

This protection is lost in selenium deficiency, and as a result, cell membranes and DNA experience damage, which heightens the risk for cancer and many other diseases.

Currently, there are more than 50 selenoprotein families known, and at least a dozen play roles in cancer prevention.

Selenoproteins called thioredoxinreductases activate the tumor suppressor gene p53. In addition, they’re believed to prevent cancer by functioning as an antioxidant and decreasing the rate of mutations that initiate tumor formation.

Professor Edgar Drake, author of the book, Selenium:Are you getting enough to reduce your risk of cancer?,writes,”Selenodiglutathione kills cancer cells so effectively that its sterile solutions have been patented for direct injection into cancer cells.”

Since selenium also strengthens the immune system, a shortage could prevent it from destroying newly formed tumor cells.

In 2008, nutritional immunologist Gerald F. Combs Jr. from Tufts University, who was one of the scientists involved in the 1996 JAMA trial, together with his colleague at the U.S. Department of Agriculture, reviewed the anti-cancer mechanisms of selenium.

“These include effects,” they wrote, “on gene expression, DNA damage and repair, signaling pathways, regulation of cell cycle and apoptosis [cancer cell death], metastasis and angiogenesis [blood supply to the tumor].”

So how can it be we now have a new study that says selenium doesn’t work against cancer?

The SELECT trial, doomed from the start

He said he wasn’t surprised the trial didn’t work out because researchers used a form of selenium called selenomethionine. The lack of beneficial effects from this form of selenium had already been confirmed in animal research.

“We suspect that the advantage of high-selenium yeast lies in its content of multiple forms of selenium, including some forms that are more effective than selenomethionine in anti-carcinogenesis.”

In addition, Dr. Passwater also found a number of design flaws in the SELECT trial.

Vitamin E and accidental
sabotage was also a problem

The media headlines ‘informing’ their readers and viewers that selenium can do more harm than good was based on two factors. The first was irrelevant, says Dr. Passwater, and the second was misrepresented.

The men assigned to the group taking vitamin E alone had a 17 percent increase in the number of prostate cancers compared to men on placebo.

Men taking selenium alone, or both vitamin E and selenium, were also more likely to develop prostate cancer than men taking placebo. The increase however was considered non-significant and may have been due to chance.

Another design flaw pointed out by Dr. Passwater is that many of the participants had plasma levels of selenium above 120 ng/ml before the study even began. In other words, they were already well nourished and would not be expected to benefit from additional amounts of selenium.

Dr. Passwater also spoke to some of the trial participants. They told him they were taking selenium supplements just in case they were in the control group. “These selfish men,” wrote Dr. Passwater, “sabotaged the study results.”

In a review of selenium which pooled 69 studies, the researchers found that “high selenium exposure had a protective effect on cancer risk…. It decreased the risk of breast cancer, lung cancer, esophageal cancer, gastric cancer and prostate cancer, but it was not associated with colorectal cancer, bladder cancer and skin cancer.”

Researchers published their results in the journal Scientific Reports in 2016.

However, when the Cochrane Database of Systematic Reviews produced its third update on “Selenium for preventing cancer” two years later in 2018, they disagreed, writing, “There is no evidence to suggest that increasing selenium intake through diet or supplementation prevents cancer in humans.”

Since then, two more reviews went back to heralding selenium’s anti-cancer benefits.

Scientists writing in the International Journal of Molecular Sciences said, “Although several clinical trials indicated no significant benefit of Se (selenium) in preventing cancer, overwhelming evidence has demonstrated that Se and many Se compounds, under certain circumstances, are potent anticancer agents.”

In the most recent review published earlier this year, the researchers found “an inverse relationship between selenium intake and overall cancer risk after adjusting for age, body mass index, and smoking…The findings in this study suggest that selenium is protective against cancer, however the effects vary with different cancers.”

What to make of it all

Over 70 years of research and there is still so much disagreement over the value of this mineral.

As I see it, the problem revolves around selenium being a dynamic element that is bound up in different forms and undergoes a large number of chemical changes after it is absorbed into the bloodstream.

As Dr. Passwater writes, “Selenium-containing compounds differ over a 1,000-fold in their ability to prevent cancers.”

Making sense of this complexity will likely involve many more years of research.

Meanwhile, in my view, the weight of the evidence favors making sure you have enough selenium. I am not impressed with the studies that suggest otherwise.

The recommended daily amount for adults is 55 micrograms, and selenium has a safe upper limit of 400 micrograms per day. 200 mcg is generally seen as adequate, and the yeast-bound forms mentioned above are a good choice.

Consuming diets rich in whole-grain cereals and seafood will help boost your selenium levels. So will eating Brazil nuts. Just one nut contains 70 to 90 micrograms, so adding one or two nuts to your daily diet is a great way to ensure healthier levels of this essential mineral. That’s what I do. I don’t take the pills, because – especially for minerals – a food source is almost always better if it’s practical, and this one is.

As for supplements, many alternative cancer doctors we’ve interviewed over the years prescribe selenium supplements as part of their anti-cancer protocol for cancer treatment and prevention.